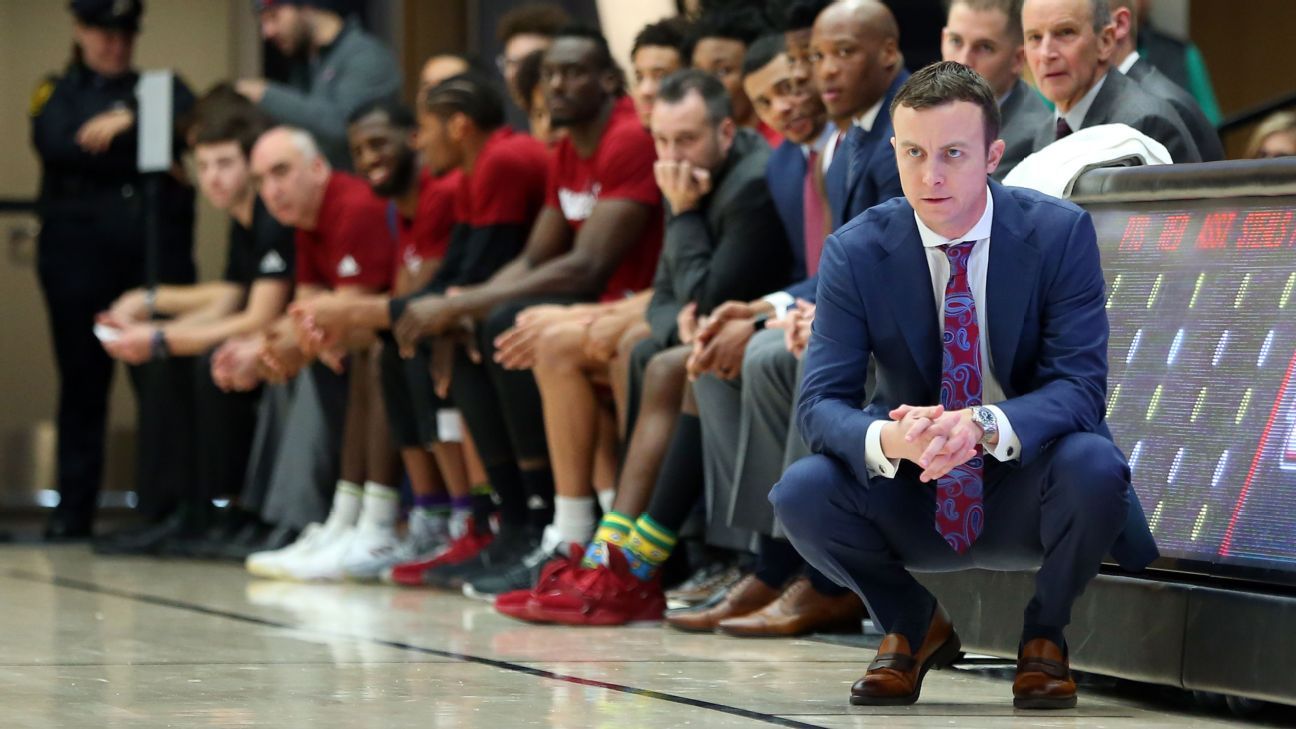 The NCAA is stripping Massachusetts of victories in men’s basketball and women’s tennis for overpaying 12 athletes about $9,100 in financial aid over three years, prompting criticism of the penalty from the Atlantic 10 Conference commissioner.

The NCAA announced Friday the Committee on Infractions had imposed a two-year probation on UMass that will end October 2022 in addition to vacating results involving athletes who received what were determined to be a total of 13 inappropriate payments.

UMass plans to appeal the committee’s decision to vacate results from 2014-17 that include 59 basketball wins and an Atlantic 10 Conference championship in women’s tennis.

A-10 Commissioner Bernadette McGlade and UMass athletic director Ryan Bamford both took issue with the vacation penalty for what the COI conceded was a “misunderstanding,” according to the NCAA’s news release.

McGlade said the decision was “unfortunate.”

“I think there’s a misappropriation and maybe we are at a point in time where the association (NCAA) needs to have a reset, quite frankly,” McGlade said. “To have a set of student-athletes that had no involvement in a mistake/violation that has been acknowledged … and yet to penalize them by the vacation of contests seems inordinately punitive and not in the spirit of what we do as an association.”

Bamford referred to the violations as mistakes that were “inadvertent and unintentional.”

Public criticism of a COI decision and NCAA enforcement by college administrators has become common in recent years. In cases involving football, both Notre Dame and Missouri loudly complained their cooperation with the NCAA and proactive compliance led to harsh penalties for violations uncovered by the schools.

Similarly, Bamford said the NCAA’s investigation was initiated by UMass. The school was looking into possible violations in basketball that occurred under former coach Derek Kellogg. Bamford said UMass was concerned players had inappropriately received free tickets to on-campus concerts, but it turned out to be a non-issue.

Instead, the financial aid problems were found.

The NCAA determined UMass officials, coaches and athletes were unaware of the overpayments at the time, but they still caused the athletes to compete while ineligible.

The committee said a former associate athletics director’s misunderstanding of financial aid rules and administrative error resulted in the violations. The committee did not find a failure to monitor infractions because 98% of the time during the period where the overpayments occurred, UMass appropriately doled out financial aid.

Dave Roberts, COI chief hearings officer and special assistant to the athletic director at Southern California, said previous case precedent based on ineligible competition by athletes led to the penalty of vacating results.

Bamford said UMass could have easily restored the athletes’ eligibility by having them pay back the excess aid if anyone had been aware of overpayments.

McGlade said the use of ineligible players does not have to automatically trigger a vacation of contests penalty from the COI. Discretion is allowable, she said.

“If it’s an administrative, institutional mistake then penalize the institution. If that’s a higher dollar value (fine) or additional years of probation or whatever,” she said. “That’s where the penalty should fall. It shouldn’t fall on the backs of student-athletes when there was no advantage that was gained and/or knowledge (of the violation).”

Bamford added: “There’s got to be some subjectivity to matters like this.”

According to the NCAA’s report, UMass and NCAA enforcement had agreed to a negotiated resolution of the case. Because it did not include a penalty of vacated results, a COI panel rejected the agreement, sent the case back to enforcement and held a hearing to resolve the case and hand down penalties.