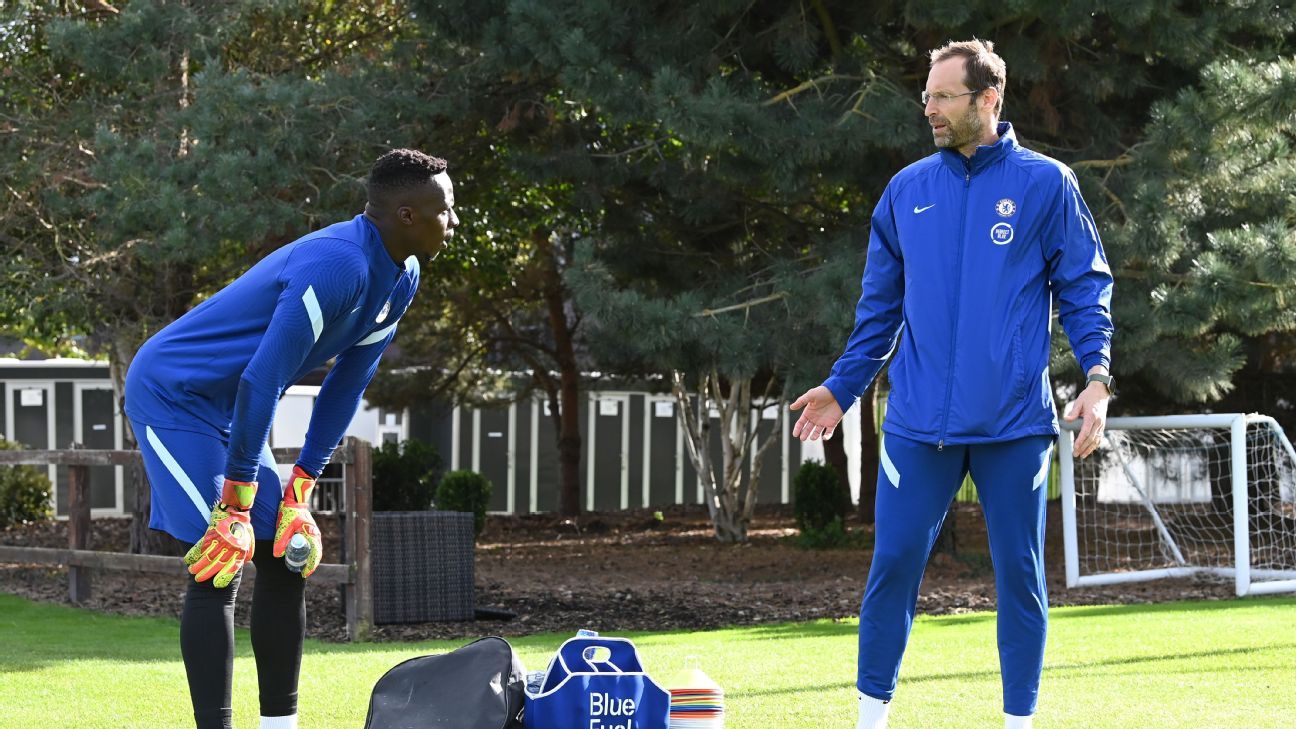 Rennes could be forgiven for thinking they had seen the last of Petr Cech. The legendary goalkeeper’s announcement in January 2019 that he would retire at the end of that season turned Arsenal‘s deep Europa League run into a personal farewell tour that took him back to where it all began for a round-of-16 first-leg tie at Roazhon Park in March.

Cech had impressed in his native Czech Republic with Chmel Blsany and Sparta Prague early in his career, but it was his two years with Rennes between 2002 and 2004 that piqued the interest of Europe’s top clubs — eventually earning him a £7 million move to Chelsea aged just 21.

While he became acknowledged as the best in the world during 494 appearances in an 11-year spell at Stamford Bridge — winning four Premier League titles, four FA Cups, one Champions League and one Europe League — before adding another FA Cup in a four-year spell at Arsenal, the goalkeeper’s impact at Rennes in those formative years was relatively brief, yet profound.

On Cech’s return to the club in 2019 with Arsenal, 14 years and 288 days after his last appearance there, French publication Ouest-France ran a piece with the headline: “Petr Cech, the return of a legend.”

In the end it was a bittersweet night for the 36-year-old. Cech was warmly received on a bitterly cold evening in northwest France, but the Gunners were beaten 3-1 and left with a mountain to climb in the tie. Yet Arsenal managed to overcome Rennes 3-0 in the second leg back in London to seal a 4-3 aggregate win and, after seeing off Napoli and Valencia, set up a Europa League final against … Chelsea.

It was the perfect chance for the goalkeeper to bow out with a trophy in what everybody thought was his final game as a professional, but the Blues ran out easy 4-1 winners. Despite several offers to keep playing, within a month of his retirement, Cech was back at Stamford Bridge as technical and performance advisor and now, aged 38, he’s even been registered for Chelsea’s Premier League squad amid the COVID-19 pandemic.

On Wednesday evening, Rennes will renew their acquaintance with Cech, this time in the Champions League. He can’t play, as he wasn’t registered for Europe, but he’ll be watching on with interest as Rennes come up against another of their former goalkeepers, Edouard Mendy, who was prised away this summer to help head coach Frank Lampard rectify Chelsea’s goalkeeping issues.

Far from disappearing into the shadows, Cech’s influence remains firmly pronounced and there is no clearer sign than the arrival of Mendy.

Five years ago, Mendy was 23 and unable to win himself a contract even in England’s League One. In fact, he was on the verge of giving up on his dream of becoming a professional footballer. A three-year spell at Reims from 2016 to 2019 — where he helped them gain promotion to Ligue 1 — got him back on track and Rennes came calling with a €4m move last summer. But he was on Cech’s radar long before that.

“I’ve been following him for three-and-a-half years, when he was at Reims,” Cech told L’Equipe recently. “At the start, it was [Chelsea’s head of goalkeeping] Christophe Lollichon who told me about him, because he had been unemployed.”

Mendy has a long way to go to emulate Cech’s impact at Chelsea given the latter won 13 trophies in 11 years. Yet the Senegal international could hardly have made a better start, keeping five successive clean sheets and becoming the first Chelsea goalkeeper since Cech to open his league career with three consecutive shutouts.

Mendy has replaced the error-prone Kepa Arrizabalaga and brought about a calm that has contributed to a promising set of results at home and abroad, with two of his clean sheets helping Chelsea amass four points from their opening two Champions League games in Group E.

Rennes, who have earned just a solitary point after drawing with Krasnodar and losing to Sevilla, will aim to become only the second team after Tottenham in the Carabao Cup to find a way past Mendy since his £20m move at the end of September.

It was a deal that Cech had his fingerprints on almost from the outset, but it also owes plenty to the relationship he forged years ago at Rennes with Lollichon. Cech did not work with Lollichon straight away upon joining Rennes as a spiky-haired 20-year-old, but the pair quickly formed a close bond.

“We felt every time we saw each other that there was a connection,” Lollichon was quoted as saying last year in the French media. “Quickly, he expressed the wish that I joined him to become his personal coach.”

Cech had already set a Czech league record by not conceding a goal for 903 minutes during his time at Sparta Prague, but he knew there was plenty of improvement required to reach the heights he aspired to. He was impressed by Lollichon’s innovative training methods, which included sessions with different-sized balls to encourage greater hand-eye coordination, and expanding peripheral vision by holding up a card as a ball is being thrown and asking the goalkeeper to shout the colour of the card as he makes a save.

Cech went on to keep 27 clean sheets in 78 matches for Rennes — no mean feat for a team battling to stay in Ligue 1, which they were at the time — attracting admirers including then-Manchester United boss Sir Alex Ferguson, who made a personal trip to watch him against Auxerre in March 2003 before Chelsea agreed a £7m deal a year later.

Sources told ESPN that Lollichon had been flagging Mendy’s progress for months before Chelsea made formal contact. Lollichon continues to enjoy a close working relationship with Cech and, in his role as technical advisor, Cech recommended Mendy to Lampard as a signing to provide greater competition for Kepa, who has struggled for consistency since his £71.4m move from Athletic Bilbao in August 2018 — a fee that remains a world record for a goalkeeper.

Cech’s off-field role is a busy one, but it has not prevented him from working on the training pitches at Cobham with the first-team goalkeepers and even continuing a high level of personal fitness despite hanging up his gloves. Sources at Chelsea’s training base describe witnessing regular examples of Cech’s enduring skills — one source told ESPN that they noticed how Cech’s performance stats were still “ridiculous,” which reinforced the idea of registering him — although it was still a major surprise when he was added to the club’s 25-man Premier League squad last month as “emergency cover.”

Ironically, Cech is almost eight months younger than 39-year-old Willy Caballero, Chelsea’s other backup goalkeeper, and his domestic inclusion was a sign Lampard is convinced his former teammate is still capable of performing on the pitch.

“It’s true that it would have been a professional error to do this if I wasn’t at Premier League level, but that’s not the way we work here,” Cech told Telefoot on Monday. “I know I’m 100% ready to help if need be. I’m fit, and with the two months of training, I’ve seen I have the same quality.

“Furthermore, I rested for a year without playing football. It really gave me energy, my body recovered after playing 20 years as a professional. If the circumstances put me on the pitch, I’m ready.”

Rennes won’t have to beat Cech on the pitch on Wednesday, but his impact off it in helping to sign Mendy will ensure that the Blues have the upper hand as they look to build on their fine defensive turnaround.