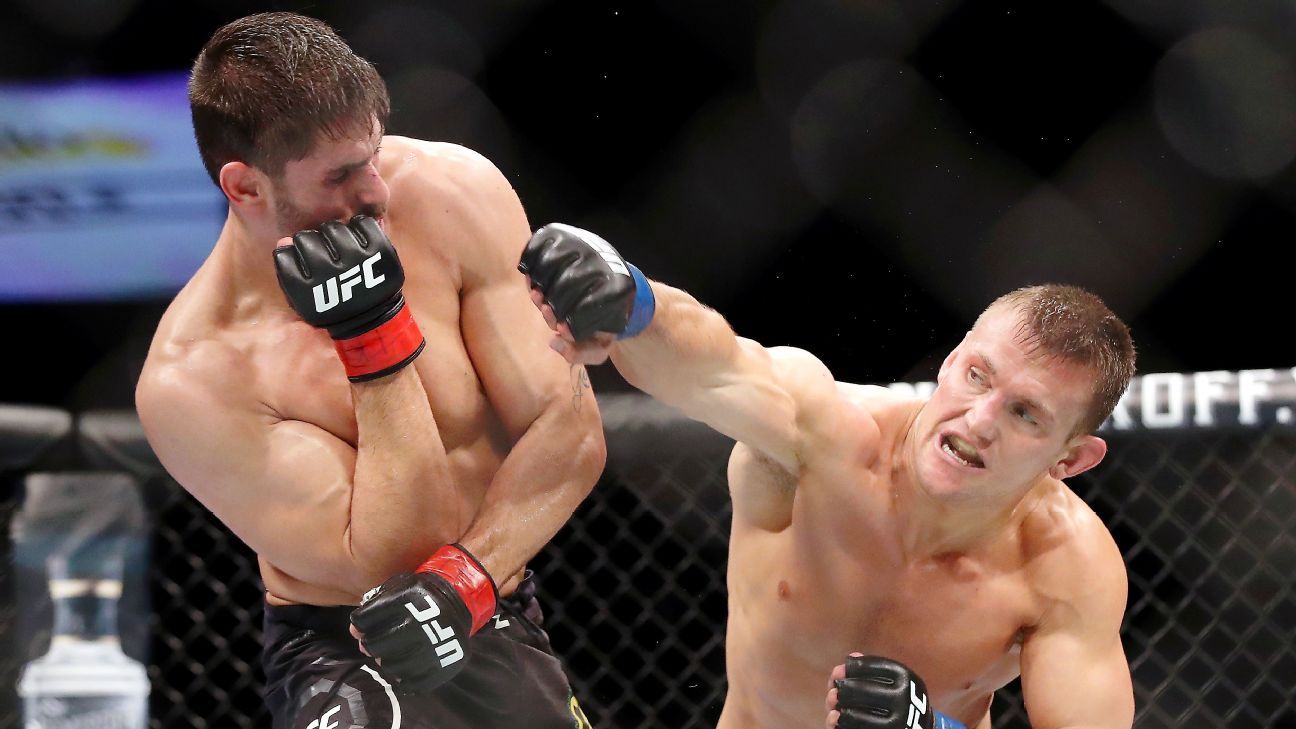 A fight is off Saturday’s UFC card due to a positive test for coronavirus.

A middleweight bout between Ian Heinisch and Brendan Allen at UFC Fight Night: Santos vs. Teixeira has been canceled Saturday afternoon, the UFC announced. The scrapping of the bout is due to a positive COVID-19 test “involving” Heinisch, the promotion said in a statement.

In an Instagram post, Heinisch wrote that he was positive on two COVID-19 tests Saturday, though he feels “good” and was “ready to put on a performance.” The card will move forward with 10 fights.

Heinisch (14-3) is coming off a first-round TKO win over Gerald Meerschaert in June. The 32-year-old Colorado native has won six of his last eight bouts. Allen (15-3) is one of the top prospects in the 185-pound division. The 24-year-old South Carolina has seven straight wins and is a perfect 3-0 with two finishes in the UFC.