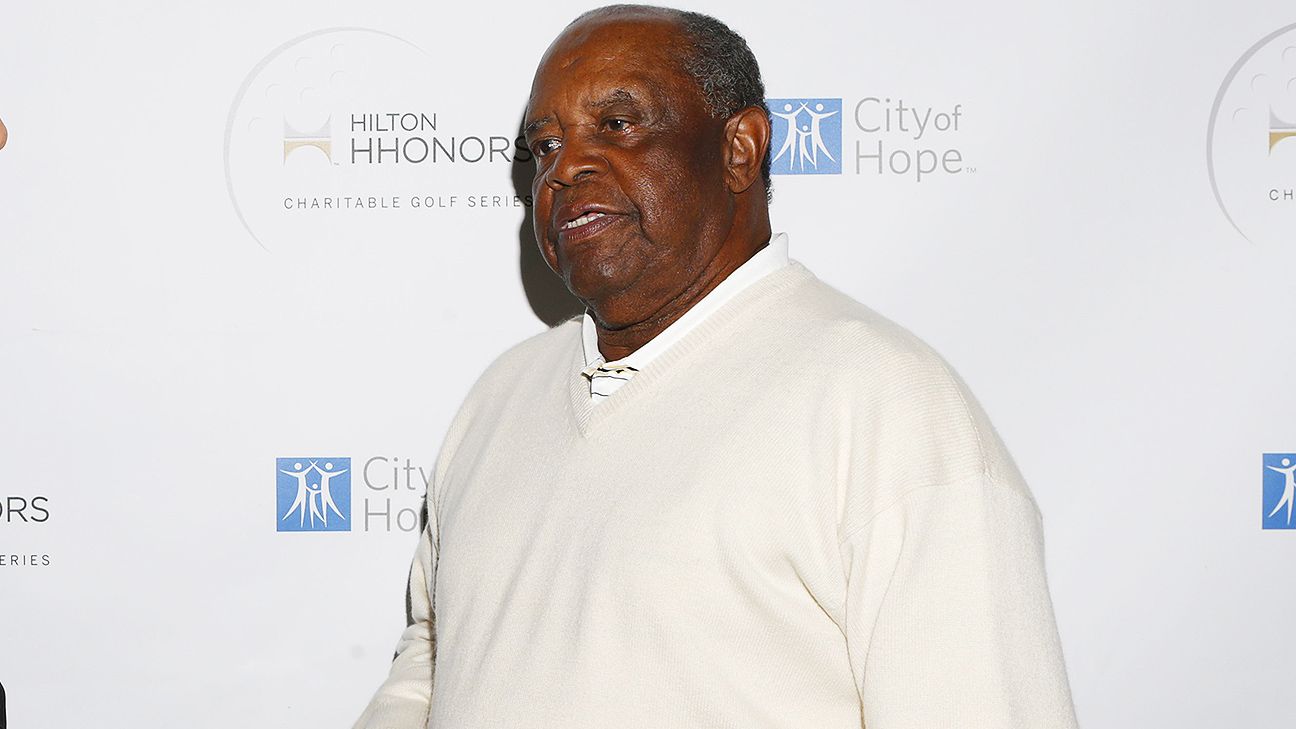 AUGUSTA, Ga. — Lee Elder, the first Black golfer to compete in the Masters, will be an honorary starter along with Jack Nicklaus and Gary Player at the 2021 tournament in April.

Elder, 86, who received death threats in 1975 when he was the first Black player invited to the Masters, qualified after winning the 1974 Monsanto Open. He went on to compete in the tournament five times.

As part of Augusta National’s announcement, chairman Fred Ridley said the club would be funding two golf scholarships at nearby Paine College, a historically Black school, as well as funding the start-up of a women’s golf program at the school.

“It was heartwarming,” Elder said in an interview with ESPN’s Tom Rinaldi. “It was a special moment for me. … This will allow me to be a part of something much more than just hitting a ball off the first tee.

“This means the world to me,” he added.

“The courage and commitment of Lee Elder and other trailblazers like him inspired men and women of color to pursue their rightful opportunity to compete and follow their dreams,” Ridley said during a news conference at Augusta National. “But in reality, that opportunity is still elusive for many. We have a long way to go, and we can and we must do more.

“At Augusta National we believe in the power of the game of golf, to develop leaders, to spark progress, to provide opportunity and to inspire dreams. Among the ways we exercise this belief is using our resources from the Masters Tournament to support our long-standing, unrestricted annual donation to Paine College, one of America’s historically black colleges and universities located right down the street here in Augusta.

“We believe the time to do more is now. And Lee has graciously agreed to join our efforts as the namesake of the Lee Elder Scholarship.”

Asked what it would cost to start a women’s golf program from scratch, Ridley said he didn’t know.

“That’s really not a consideration,” he said. “We will fund 100 percent of what that cost is.”

“I think like all organizations, we’ve been moved by the events of 2020,” Ridley said. “There’s been a lot said about racial justice and opportunity, and our question was not so much what can we say but what can we do. So I guess I would say that this announcement is in part a call to action in that regard. Lee has had a long relationship, we have had a long relationship with Lee. Certainly dating back to 1975 but he’s been our guest here almost every year here at the Masters.

“This is just a culmination of that great relationship and an opportunity in these times to recognize him for the pioneer that he was, the great citizen that he is and what he’s done for the game of golf, what he’s persevered. Lots of lessons to be learned from that.”