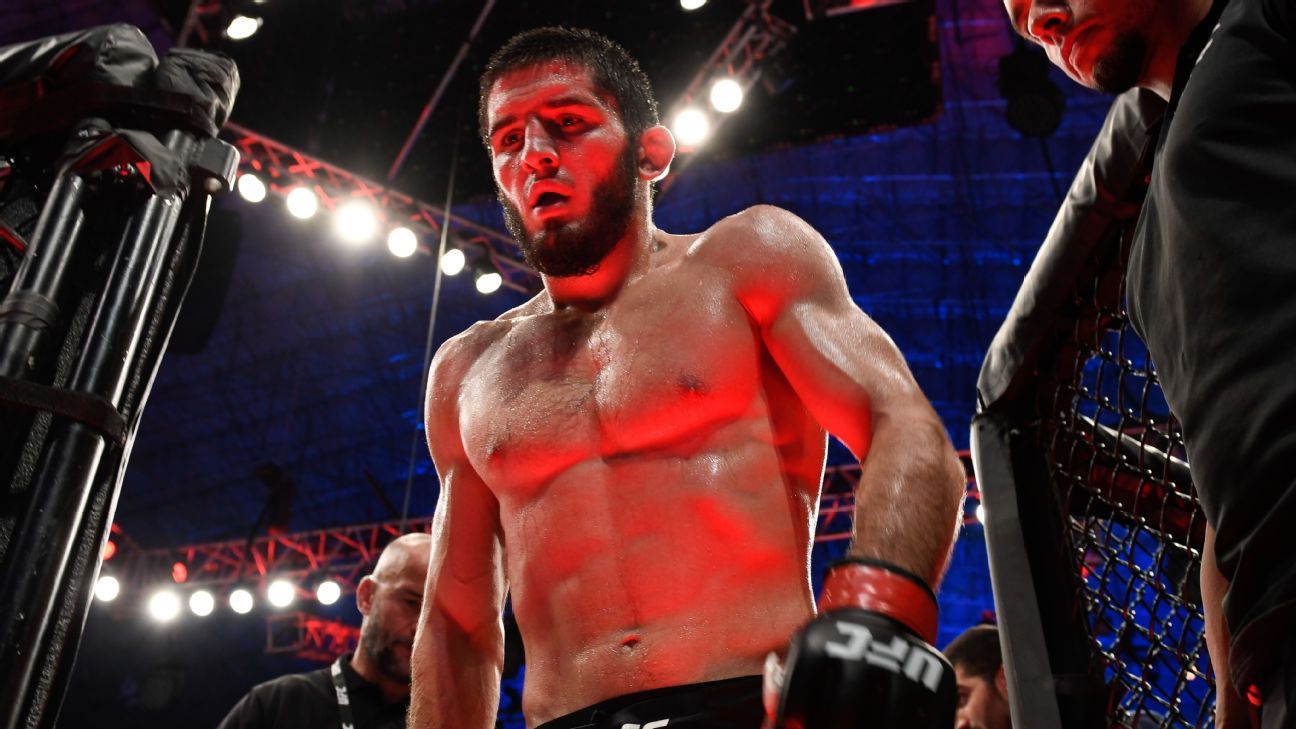 Islam Makhachev‘s first appearance in a UFC main event will have to wait, as the lightweight has withdrawn from Saturday’s headliner with an undisclosed injury.

Makhachev (18-1) was scheduled to face former champion Rafael dos Anjos (29-13) at UFC Fight Night on Saturday in Las Vegas but was forced to withdraw on Sunday afternoon, multiple sources told ESPN. The UFC is in the process of finding dos Anjos a potential short-notice replacement.

This marks the second cancellation of a fight between Makhachev and dos Anjos. They were supposed to fight on Oct. 24 in Yas Island, Abu Dhabi, but dos Anjos was forced off the card after testing positive for COVID-19. Makhachev has been in Las Vegas since last month, preparing for the rescheduled date.

Makhachev is a teammate and close friend of recently retired lightweight champion Khabib Nurmagomedov. Saturday was supposed to be the first main event of his career, regardless of promotion. He has been fighting professionally since 2010 and with the UFC since 2015.

In recent years, Nurmagomedov predicted numerous times Makhachev would eventually hold the UFC’s 155-pound championship, once Khabib walked away from the sport.