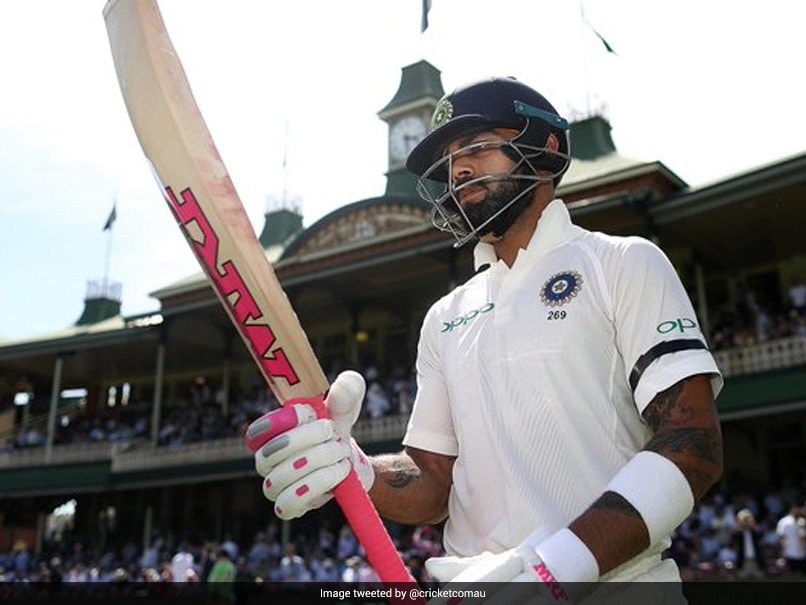 Australian great Steve Waugh said Tuesday he was surprised and disappointed that India captain Virat Kohli will miss three Tests to be at the birth of his first child, with his absence detracting from the blockbuster series. The 32-year-old and his Bollywood star wife Anushka Sharma are expecting a child in January, and Kohli has been given permission by the Indian cricket board to return home after the first Test in Adelaide, which begins on December 17. While the absence of the superstar batsman could improve Australia’s chances of regaining the Border-Gavaskar trophy, it is a blow to broadcasters and cricket chiefs already feeling the effects of a pandemic-affected year.

“I’m a little bit disappointed he’s not going to be there — and a bit surprised,” former skipper Waugh, who played 168 Tests, told AFP.

“This was really shaping up as one the key series of his whole career after he’s achieved just about everything. But obviously family comes first.”

India are due leave this week for Australia, where they will spend two weeks in quarantine in Sydney before the first one-day international on November 27.

Kohli will lead India in three ODIs, three Twenty20 internationals and the first Test — a day-night match in Adelaide — before heading home.

The second Test starts in Melbourne on December 26 followed by matches in Sydney on January 7 and Brisbane on January 15, all played under strict bio-security protocols.

Waugh said Kohli’s absence “does take away from the series”, but Australia would much rather he played.

“It’s a bit like a couple of years ago when India won without (David) Warner or (Steve) Smith in the side,” he said.

“You really want to win against the best possible opposition, particularly when this is like the heavyweight title fight.”

“We’re thrilled Virat is coming out for three ODIs, three T20s, the first-ever day-night Test against India, and we have to respect the fact he wants to be there for the birth of his first child,” he said, while also admitting it was a huge disappointment.

While Kohli will miss part of the series, another key batsman, Rohit Sharma, has been added to the Test squad after being initially left out because of injury worries.

Waugh said the Indian side remained a top-quality outfit.

“They’re a dangerous opponent even without Kohli and I think it’s going to be a tightly contested series,” he said, pinpointing Jasprit Bumrah, KL Rahul and Ajinkya Rahane as dangermen.

“I don’t think there will be much between the sides.”