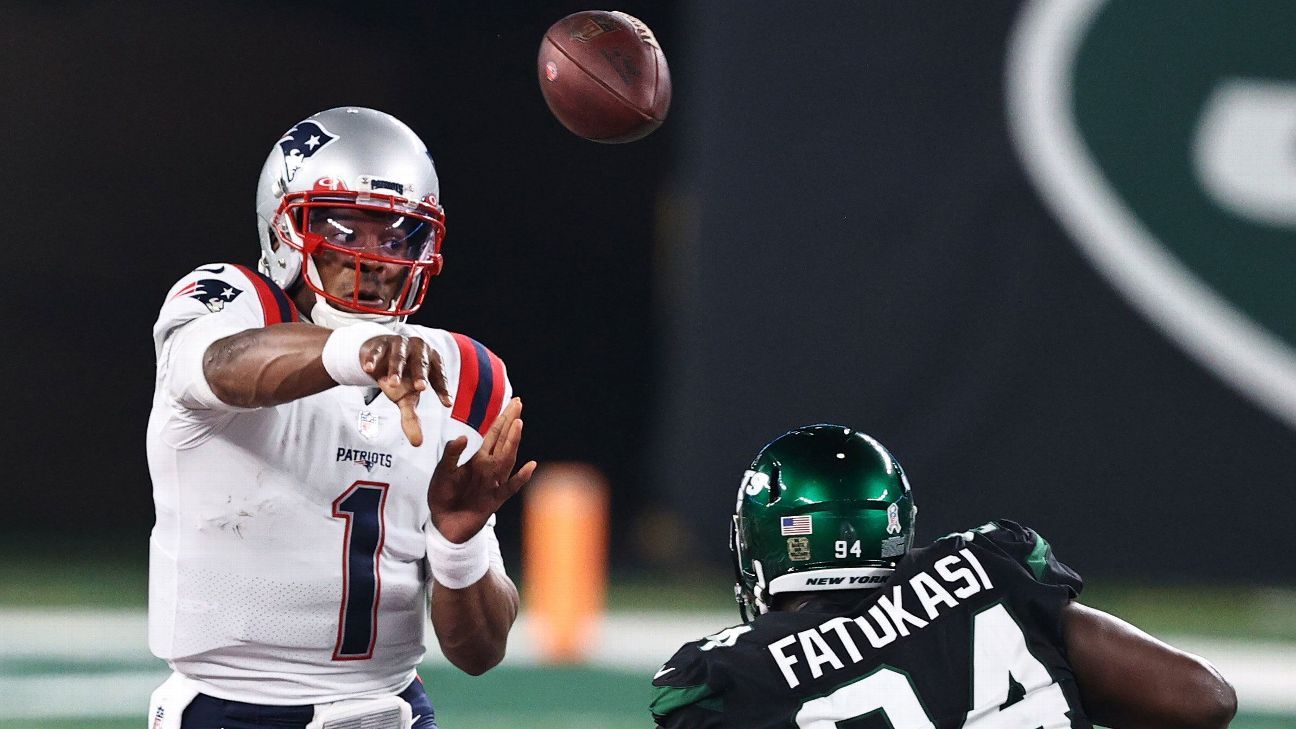 The New England Patriots‘ 2020 season, on life support while facing a 10-point deficit in the fourth quarter against the winless New York Jets, has been revived.

For another week, at least.

The Patriots stopped a four-game losing streak by coming back to beat the Jets 30-27 on Monday, improving to 3-5 as they turn around quickly to host reigning MVP Lamar Jackson and the Baltimore Ravens on Sunday night (8:20 p.m. ET, NBC).

It wasn’t pretty against the Jets. And key context comes in the form that it was the Jets, so it’s not like all of the Patriots’ issues are suddenly solved.

But missing cornerback Stephon Gilmore and defensive tackle Lawrence Guy due to injury, and simply not having much firepower on offense, this was a game they had to have if they wanted the keep postseason hopes alive.

Maybe they get some of their other injured players back and make a charge. Sure, it seems like a longshot.

But consider that the obituary was being written on their season if this went the other way.

Describe the game in two words: Folk hero. Kicker Nick Folk‘s 51-yard field goal at the gun helped avoid what would have been rock bottom, as the Jets were winless on the season and playing their backup quarterback, Joe Flacco.

QB breakdown: Cam Newton did what the Patriots ask him to do — protect the football and play conservatively. He completed his first 11 passes, which reflected that approach, as he nearly matched his record of 14 straight passes with a completion (vs. Seattle, Week 12, 2018). And then when he had to open it up late, he delivered, with receiver Jakobi Meyers a bright spot and fellow receiver Damiere Byrd delivering a big play to set up the game-tying touchdown.

Troubling trend: What has happened to the Patriots’ secondary? While they aren’t getting help from a front seven that has been decimated by injuries and wasn’t even that talented to begin with, some of their most reliable players had notable miscues — cornerbacks J.C. Jackson and Jason McCourty, and safety Devin McCourty. As coach Bill Belichick told ESPN sideline reporter Lisa Salters at halftime, they needed to stop letting the Jets throw it over their head.

Promising trend: The Patriots played their first game of the season without an offensive turnover. Yes, it was against the Jets. But you have to start somewhere. They entered the night with a minus-2 turnover differential, with 15 giveaways and 13 takeaways, which tied for 19th in the NFL. It was a conservative offensive approach overall, which contributed to the clean sheet, but again, you have to start somewhere.