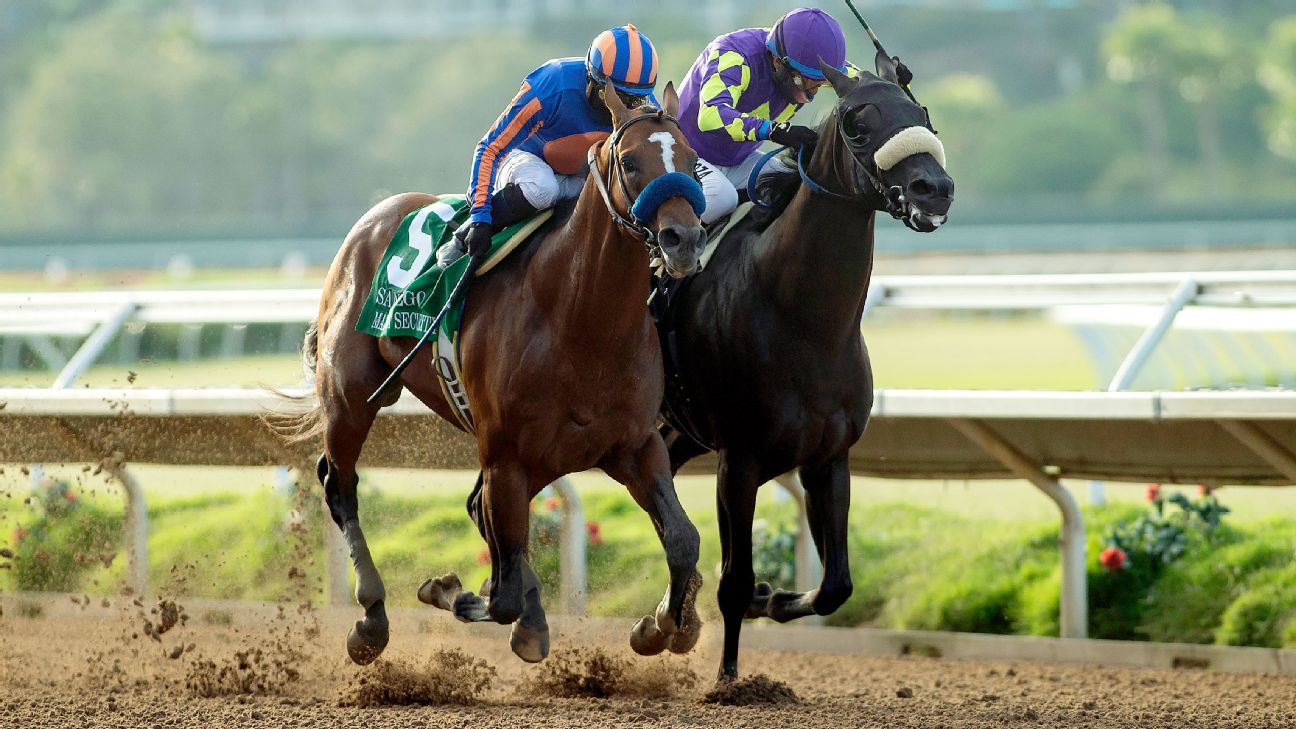 VERSAILLES, Ky. — Maximum Security, disqualified after crossing the finish line first in the 2019 Kentucky Derby, has been retired to stud.

The 4-year-old colt ended his career with a fifth-place finish in the $6 million Breeders’ Cup Classic last weekend at Keeneland. He won 10 of 14 starts and had career earnings of $12,431,900.

Maximum Security will stand at Ashford Stud in Versailles, Kentucky, next year for a breeding fee of $20,000. He is owned and bred by Gary and Mary West.

Authentic, winner of the Kentucky Derby and the Classic, was also retired this week. He will stand at Spendthrift Farm in Lexington for a fee of $75,000.

Maximum Security became the first to cross the finish line first and be disqualified for interference in last year’s Derby. The Wests sued unsuccessfully in court to have the victory reinstated and the purse money redistributed. Maximum Security went on to earn an Eclipse Award for 3-year-old of the year.

In March, Maximum Security won the Saudi Cup before his trainer, Jason Servais, was indicted for doping allegations, though the charges didn’t involve the colt. Maximum Security was transferred to the barn of trainer Bob Baffert, for whom he won the San Diego Handicap and Pacific Classic.

“Maximum Security was an exceptional racehorse, and I have no doubt that he will prove very popular with breeders once they see him,” Ashford’s director of sales, Charlie O’Connor, said. “He’s an extremely impressive-looking individual.”