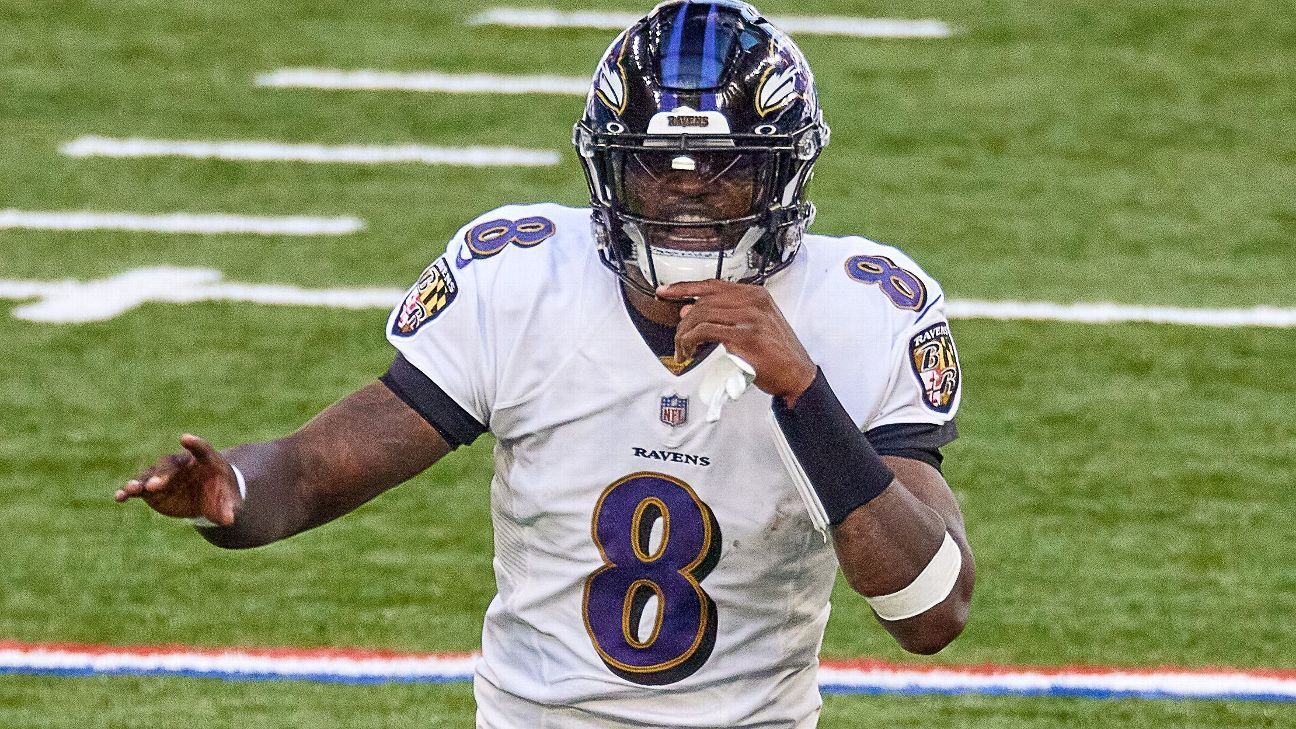 OWINGS MILLS, Md. — Why is the once high-scoring Baltimore Ravens offense struggling this season? Lamar Jackson says the Ravens are too predictable on offense.

On Wednesday’s “Rich Eisen Show,” Jackson said teams know what the Ravens are going to run on offense when they line up.

“They’re calling out our plays, stuff like that,” Jackson said. “They know what we’re doing. Sometimes, stuff won’t go our way, if they’re beating us to the punch.”

Is Jackson really hearing the defense call out the Ravens’ plays?

“Yeah, they definitely do,” Jackson said. “Like ‘Run’ and stuff like that. ‘Watch out for this, watch out for that.’ Sometimes that’s what’s going on.”

The Ravens (6-2) have positioned themselves to make the playoffs for a third straight season, but Baltimore has not clicked on offense like a year ago despite having entirely the same players and coaches. Offensive coordinator Greg Roman remained as well every offensive starter except Pro Bowl guard Marshal Yanda, who retired.

Jackson doesn’t know how to rate his season so far.

“We had our ups that first week and then we had our downs,” said Jackson, who ranks 27th in the NFL with 1,513 passing yards. “Usually we’re a high level offense. But it’s been all right. It’s not where we want to be. We’re still winning. So, it’s all right, I guess.”