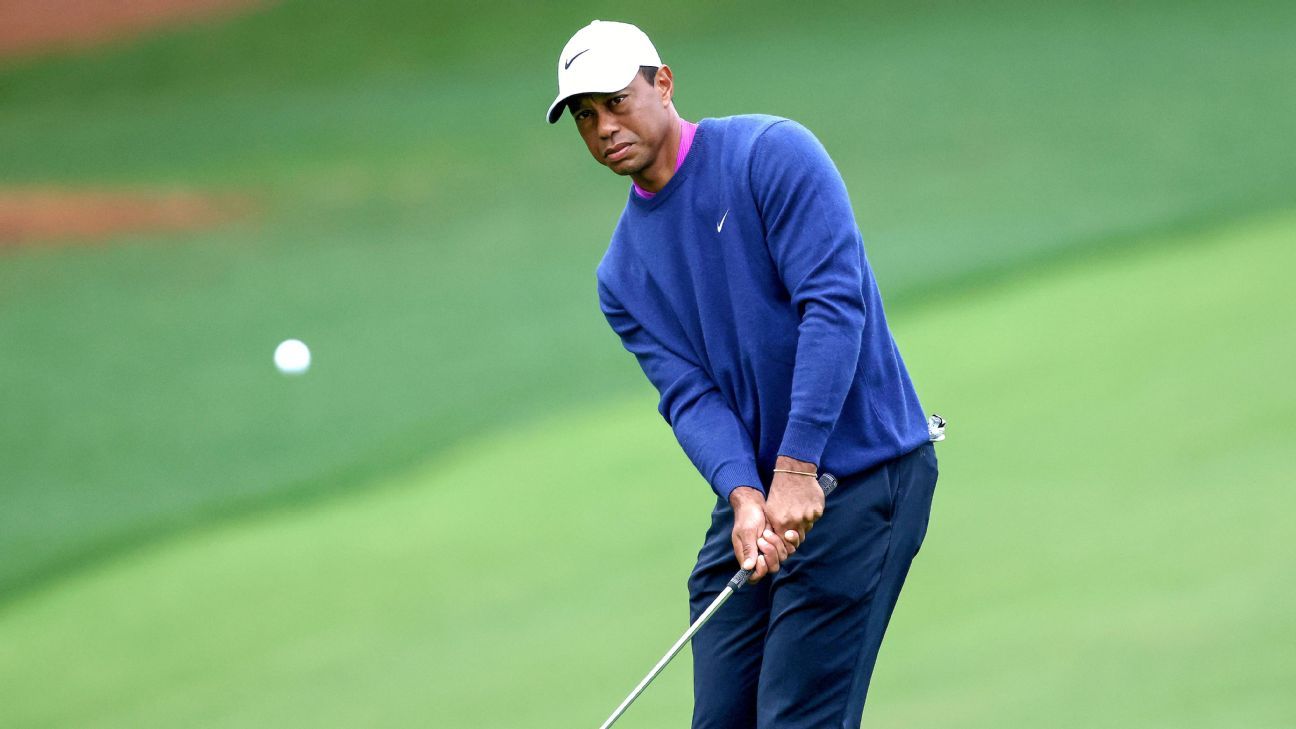 AUGUSTA, Ga. — The weather turned cool, the air heavy, and for the first time all week, it felt like a Masters might feel in November.

That is unlikely what defending champion Tiger Woods wanted to wake up to early Saturday morning as he and others completed the delayed second round.

Woods did well enough, playing the eight holes he had remaining at 1 under par to complete 36 holes at 5-under 139. He is in a tie for 17th place, four strokes behind the five leaders who are tied at 135: Dustin Johnson, Jon Rahm, Justin Thomas — the top 3 players in the world — Cameron Smith and Abraham Ancer.

But there were some opportunities missed, as Woods failed to birdie the par-5 13th, let chances at the 12th, 15th, 16th and 17th slide by, and finished with a second-round 71.

“The golf course is playing long right now,” Woods said. “The air is heavy. The ball is not really flying like it was yesterday. They definitely have sped up the greens overnight. They were a lot faster this morning, and you could hear the SubAirs [the suction system that removes moisture from the fairways and greens] out there today, so I think as the day progresses, they’re only going to get a little bit faster.”

Woods began the third round at 10:42 a.m. ET and is grouped with Rickie Fowler and Billy Horschel.

The 15-time major winner had the tough task of beginning the restart with a shot from the rough at one of the most difficult holes, the 505-yard, par-4 11th. Woods had hit his tee shot on Friday, and had 203 yards remaining from the left rough.

But he got up and down for a par from the left of the 18th green to stay within four of the leaders.

“I certainly thought I could have maybe got a couple more out of it, but I didn’t,” he said. “The golf course is going to get a little bit quicker and a little bit drier.”