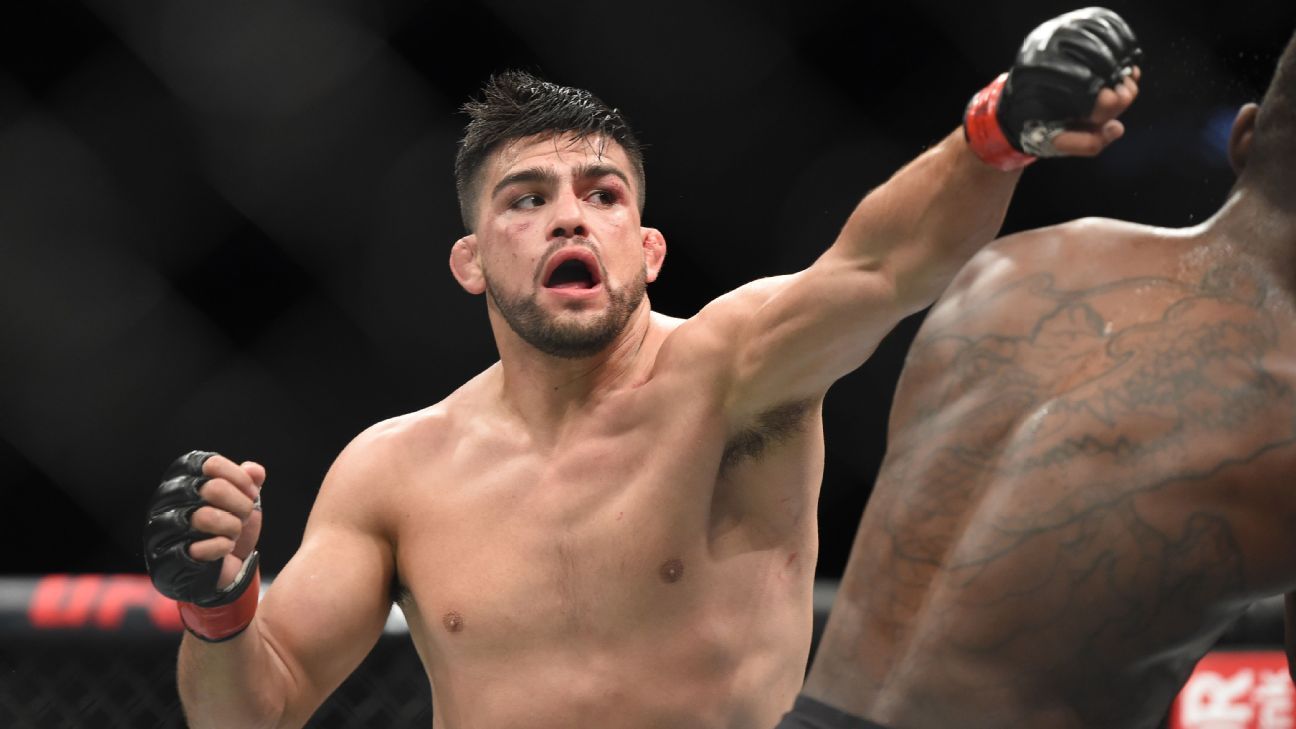 Both sides have agreed to the 185-pound matchup, which will take place at UFC Fight Night on Jan. 30. UFC has not announced a location for the event or a main event.

Gastelum (16-6) hinted at signing for his next fight in a tweet Thursday. A former interim title challenger, Gastelum is looking to snap a three-fight skid.

The 29-year-old went toe-to-toe with current middleweight champion Israel Adesanya in a five-round interim title fight in April 2019 that Adesanya won via unanimous decision. Gastelum went on to lose another close decision to Darren Till in November 2019 and was submitted by Jack Hermansson in his only appearance of 2020 in July.

Despite the three losses, Gastelum will be a clear step up in name for Heinisch (14-3), who is 3-2 in UFC since coming off the Dana White Contender Series in 2018. Fighting out of Colorado, Heinisch is coming off an impressive first-round win over Gerald Meerschaert in June. A scheduled fight against Brendan Allen earlier this month was called off after Heinisch tested positive for COVID-19.