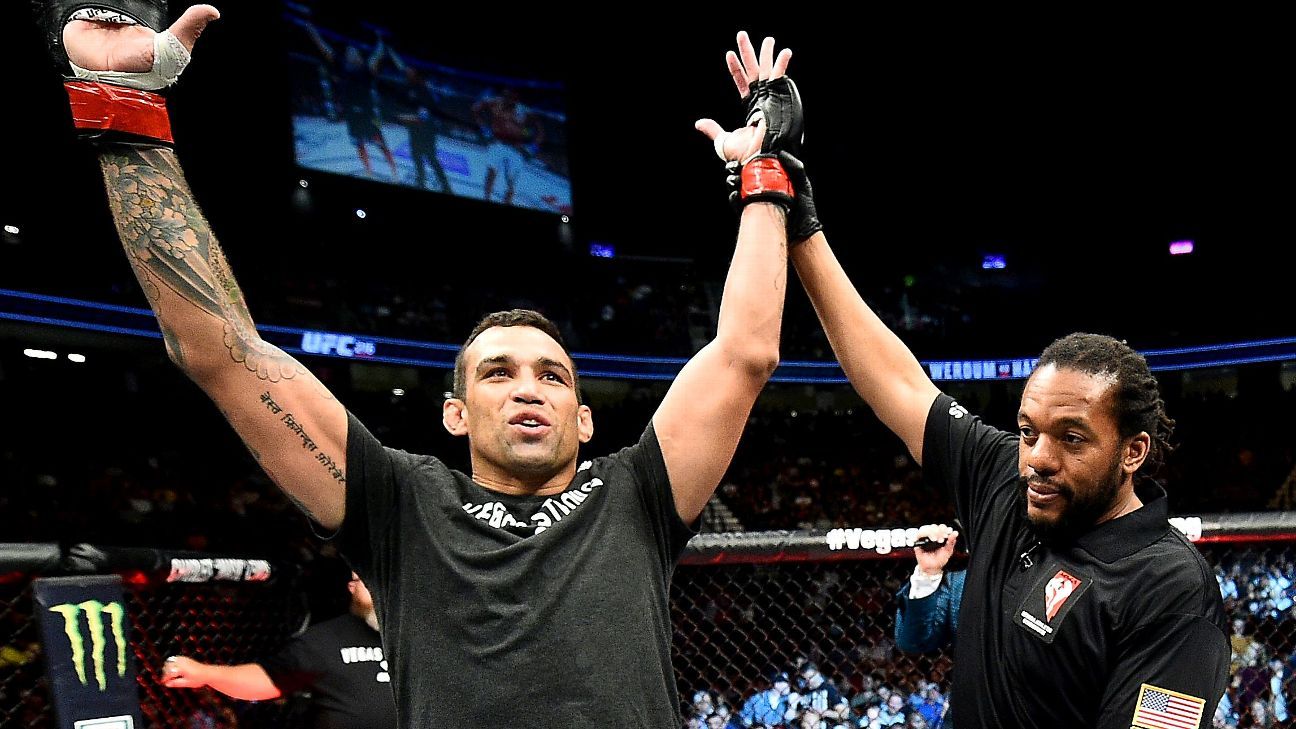 Former UFC heavyweight champion Fabricio Werdum has signed an exclusive contract to compete in the Professional Fighters League in 2021.

Werdum (24-9-1) broke the news to ESPN on Monday. Widely considered one of the greatest heavyweights of all time, Werdum fought out his UFC contract in July, with a submission victory over Alexander Gustafsson in Abu Dhabi. The 43-year-old said the opportunity to stay active in the PFL’s season format in 2021 appealed to him.

“It was a very good negotiation with them, and I know this event is getting very strong,” said Werdum of his new promotion. “I have fought for 23 years and this is my dream. I want to fight maybe twice in one night. I love the idea. You have one fight, you win, you go again.

“Maybe this [coming] year, 2021, I fight four or five fights. This is my dream. In the past, sometimes, [I fought] just one in a year, maybe two. I want to enjoy the moment because it’s so hard for us to stop fighting. Imagine, all my life I have fought, and one day, I have to stop. For sure, I know that. Maybe two years. But imagine I’m the PFL champion at [age] 44? I know I can.”

“I am honored to welcome Fabricio Werdum, one of the best heavyweight MMA fighters of all time, to Professional Fighters League,” Murray said. “Our 2021 season roster is stacked with top fighters from around the world, including Fabricio, who are all gearing up for what will be an epic season starting this April on ESPN.”

The PFL is scheduled to resume operations in April in Las Vegas. Events will air on ESPN2. The promotion was forced to postpone its entire 2020 season due to the COVID-19 pandemic. The promotion’s format consists of a regular season and playoffs, culminating in a championship event at the end of the year.