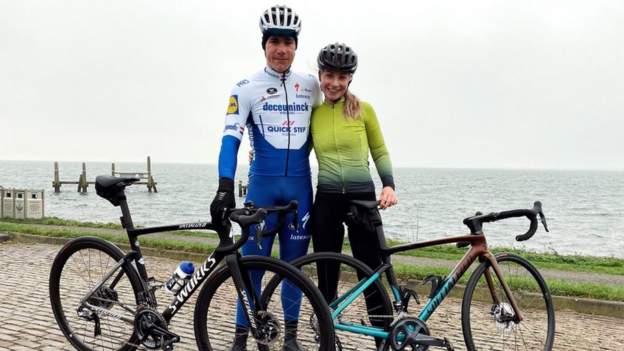 Dutch cyclist Fabio Jakobsen is back on his bike after suffering serious injuries in a crash in August’s Tour of Poland.

The 24-year-old was in an induced coma and spent a week in intensive care after he was pitched through a barrier and into spectators following a tangle with Jumbo-Visma’s Dylan Groenewegen.

“It has been quite a journey so far,” he said on Twitter.

“I’d like to thank the medical specialists that have helped me.”

The Deceuninck-QuickStep rider, who has had two operations to reconstruct his face and jaw with more scheduled for 2021, added: “Already looking forward to my next surgery in January. In the meantime I will slowly start training again.”

Jakobsen’s compatriot Groenewegen was banned for nine months for causing the crash on the opening stage of the race.

Groenewegen had deviated from his line before he and Jakobsen collided near the finish line.