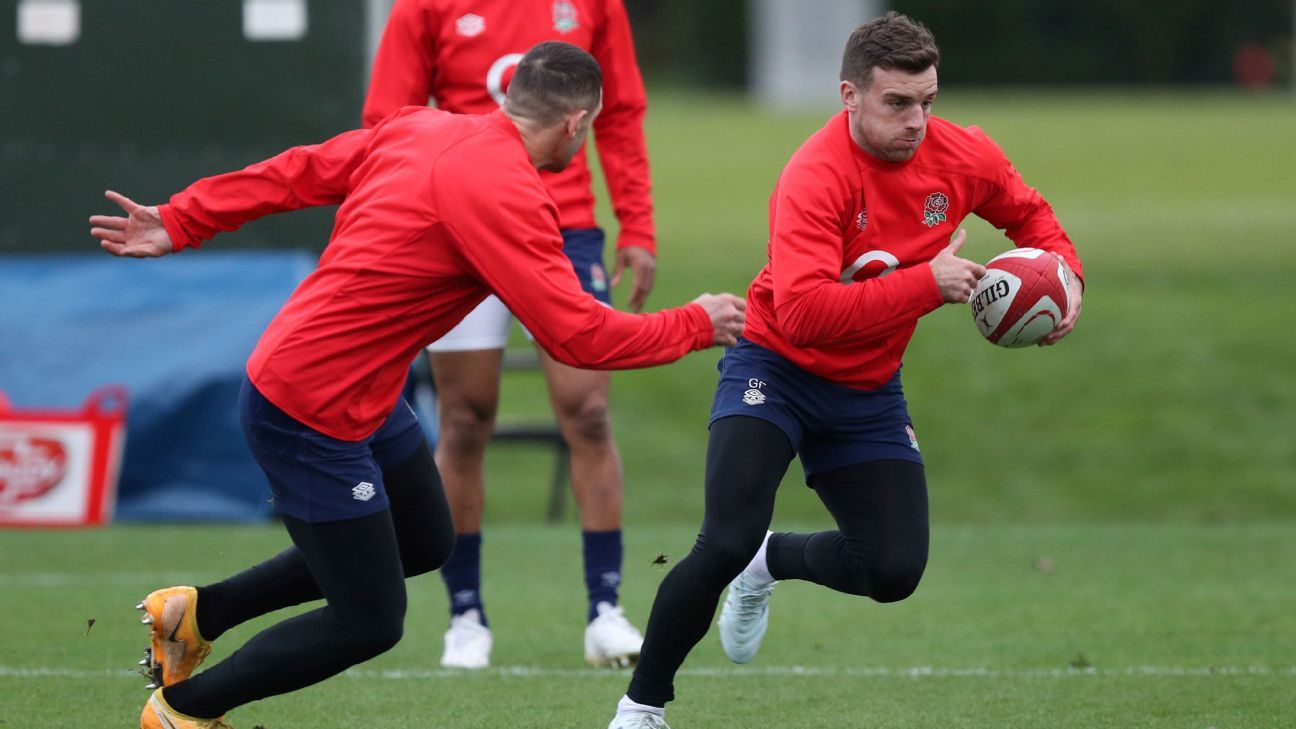 George Ford will start at fly-half for England against Wales in Llanelli on Saturday, with captain Owen Farrell joining Henry Slade in the centre as Eddie Jones’s team seek three wins out of three in the Autumn Nations Cup.

Ford returned from an Achilles injury to come off the bench in last week’s 18-7 win over Ireland and Jones will be looking for his incisive distribution to fire a backline which looked sharp in the first half at Twickenham but failed to spark in the second.

Jones has stuck with Jonny May, Jonathan Joseph and Elliot Daly as his back three, with the returning Anthony Watson on the bench.

The forward pack is unchanged, but Jack Willis, who made a try scoring debut in the win over Georgia but then missed the Ireland game, is included on the bench, alongside fellow back-rower Dan Earl.

Jones has opted for a 6-2 forward/backs split for his replacements, with returning hooker Luke Cowan-Dickie, props Ellis Genge and Will Stuart and lock Jonny Hill named alongside scrumhalf Dan Robson.

A win or draw — and probably even a narrow defeat on Saturday — would mean England top their group and they would then expect to face France in the competition final at Twickenham on Dec. 6.