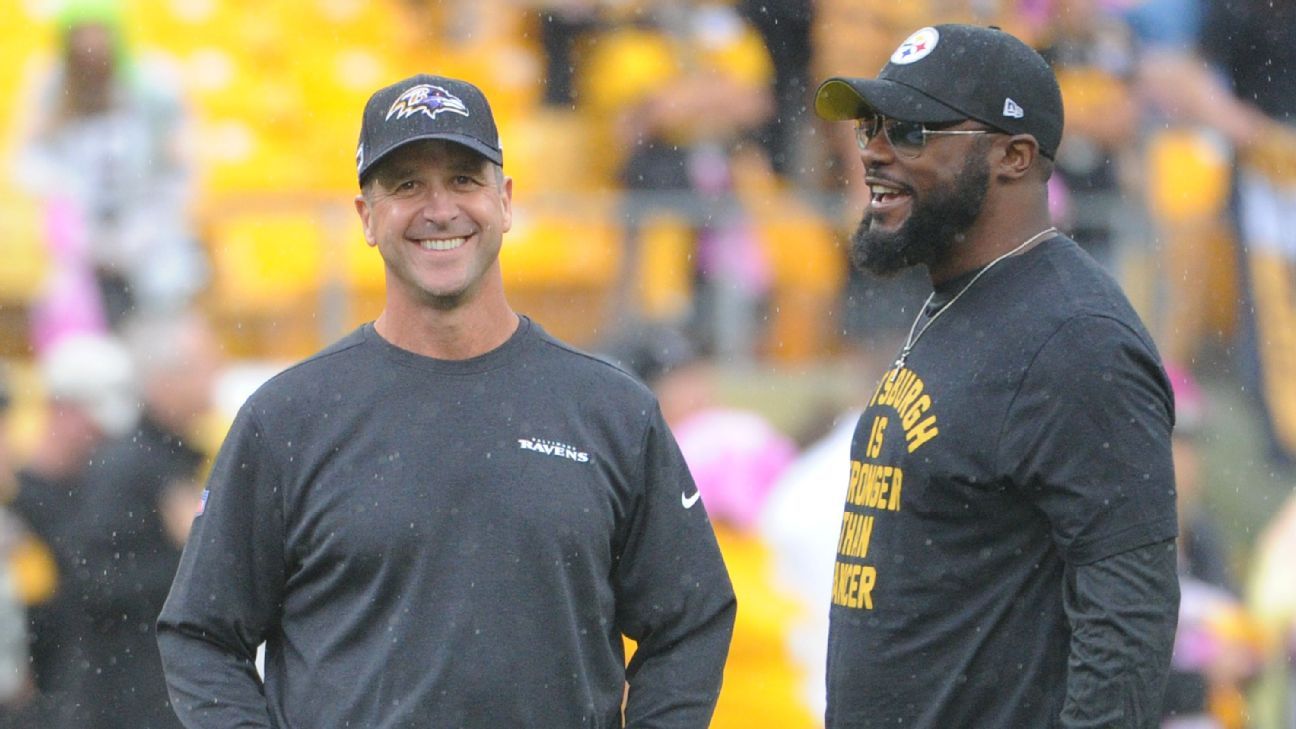 The COVID-19 outbreak in Baltimore has led the NFL to postpone the Baltimore Ravens–Pittsburgh Steelers game for a second time.

The Ravens will now play at the undefeated Steelers on Tuesday night, a source told ESPN’s Adam Schefter.

This is the third time in the Super Bowl era that an NFL game will be played on Tuesday. It happened in Week 5 this season when the Bills-Titans game had to get postponed because of a coronavirus outbreak in Tennessee. It also occurred in 2010 when a blizzard in Philadelphia shifted the Eagles-Vikings game.

The Ravens and Steelers were originally scheduled to play on Thanksgiving night, but the NFL moved the game to Sunday after several Ravens players had tested positive in consecutive days. The AFC North rivals will now face each other on Tuesday.

The next step is for the NFL to move the Ravens’ next game. Baltimore was scheduled to play host to the Dallas Cowboys on Thursday night, but that won’t happen now because the Ravens play the Steelers only two days prior.

The Ravens have had at least 12 players test positive for COVID-19, including reigning NFL MVP Lamar Jackson. With Jackson quarantining for 10 days, Robert Griffin III will start against Pittsburgh. It’s his second start in the past four years.

Ravens coach John Harbaugh told his players on Thursday that they wouldn’t be allowed to return to the team facility until Monday at the earliest due to safety concerns, a source said.

The Ravens have had only two days of walkthroughs this week. Baltimore has been limited to virtual meetings since its team facility was closed on Tuesday at noon.