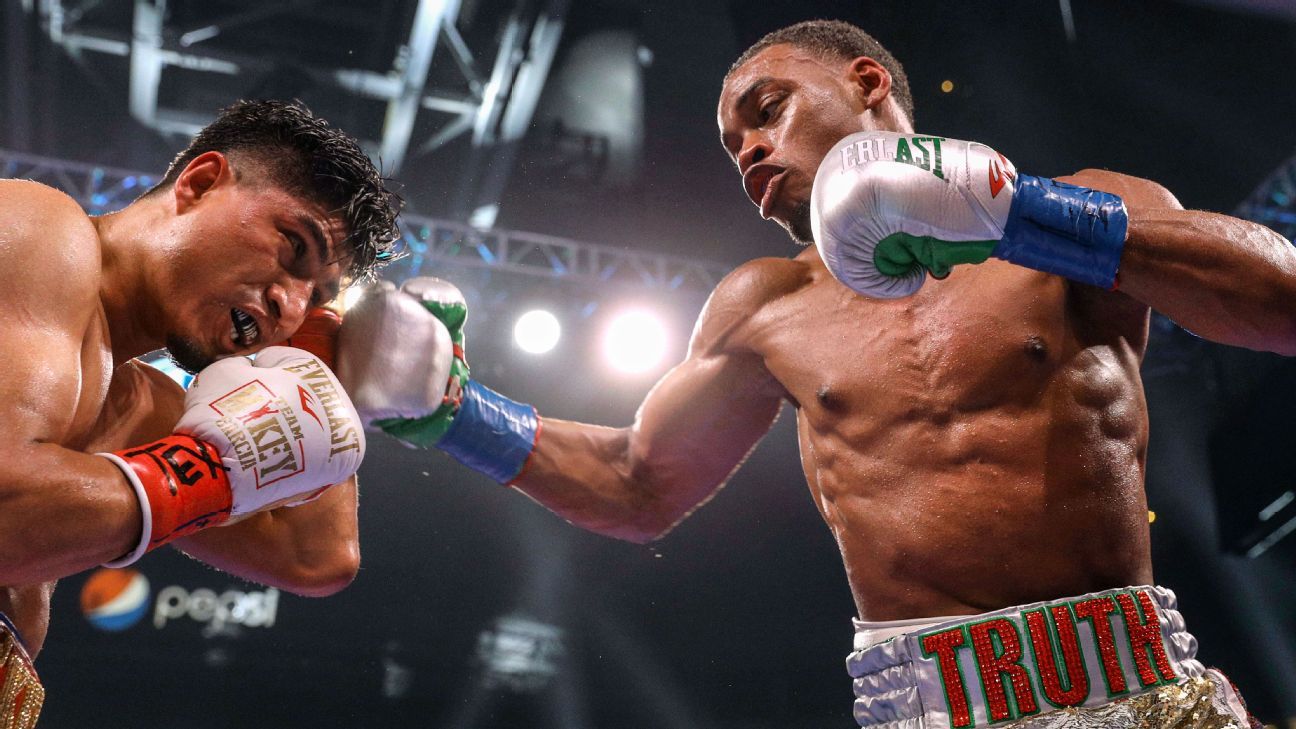 Late in 2019, Errol Spence Jr. had a rather strong case to be considered the best boxer on the planet, pound-for-pound. He earned a split-decision win in September 2019 over Shawn Porter to unify the IBF and WBC welterweight titles. He was 26-0 with 21 KOs. Spence’s career was soaring.

Then a month later, everything Spence had worked for was nearly gone.

In the early morning hours of Oct. 10, Spence, who was driving his Ferrari at a high speed, was in involved in a “horrible accident.” He was ejected from the car, which flipped multiple times, but he managed to escape suffering broken bones. Now over a year later, the question for Spence is can he again thrive in the ring?

He’ll try to prove that he can when he takes on Danny Garcia at AT&T Stadium in Dallas on Saturday night. The welterweight title fight headlines a pay-per-view, with the main card beginning at 9 p.m. ET.

Spence, who is ranked fourth in ESPN’s pound-for-pound rankings, should face a difficult test in Garcia, a former two-division world champion. Garcia enters Saturday on a two-fight win streak and has a 36-2 career record.

Where can I watch the Spence-Garcia fight card?

The main card on Fox Sports pay-per-view begins at 9 p.m. ET, with a purchase price of $74.95. The PPV card also will be streamed on the Fox Sports app.

Will Terence Crawford get Spence or Pacquiao next? Can Nevada fix its instant-replay problem?

Experts debate: What to expect from Errol Spence Jr. vs. Danny Garcia? Who wins?

Errol Spence ‘feeling good’ after October crash, eyes fight in May or June

It wasn’t pretty, but it may have been the perfect performance for Danny Garcia