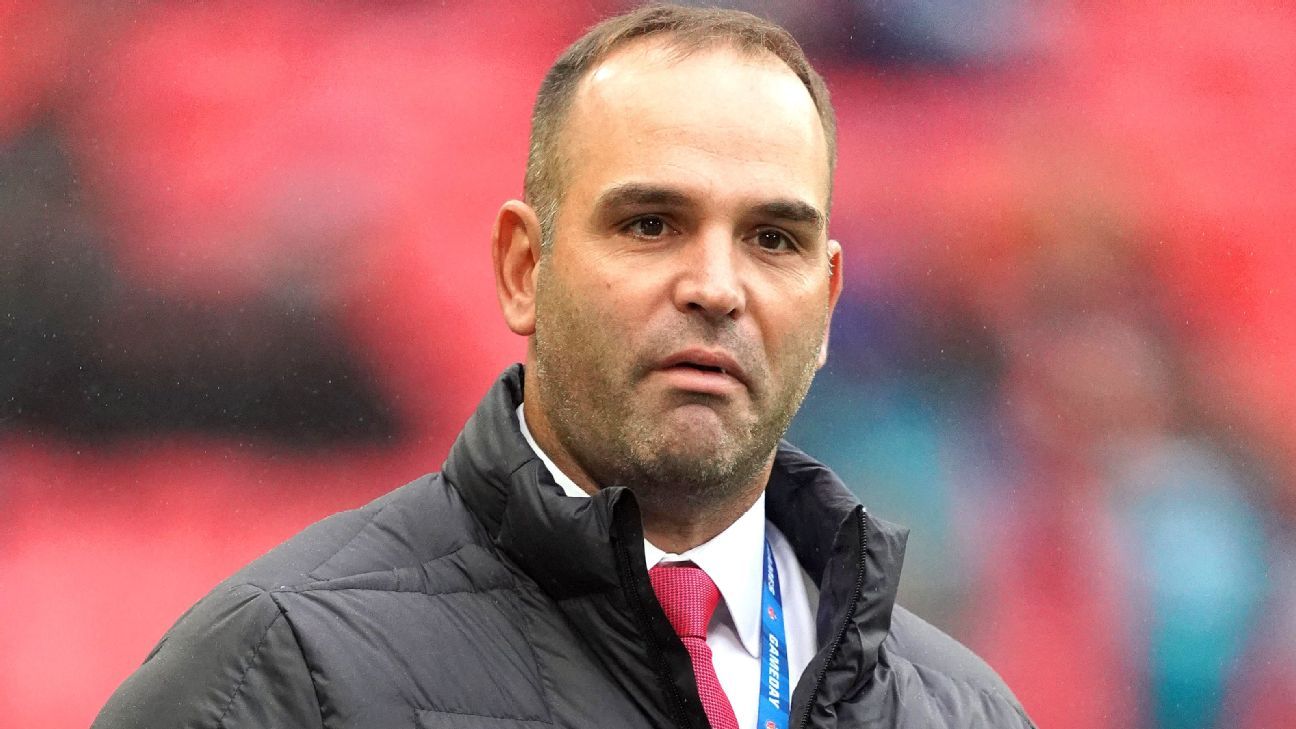 Caldwell has been the Jaguars’ GM since January 2013 and has presided over only one winning season. The Jaguars are 39-86 in his tenure and have lost 10 or more games in every season under Caldwell except 2017. Sunday’s 27-25 loss to the Cleveland Browns dropped Jacksonville to 1-10 this season.

“I’ve met with Dave Caldwell to express my appreciation for his service to the Jacksonville Jaguars as our general manager,” owner Shad Khan said in a statement. “Dave was exceptionally committed and determined to bring a winner to Jacksonville, but unfortunately his efforts were not rewarded with the results our fans deserve and our organization expects. Our football operation needs new leadership, and we will have it with a new general manager in 2021.”

Head coach Doug Marrone and his staff will continue to serve the team through the rest of the season. Trent Baalke, the team’s director of player personnel, will serve as the interim GM through the end of the season.

The Jaguars have lost 10 straight games after winning their season opener against the Indianapolis Colts. Only the winless New York Jets have a worse record this season.

The Jaguars’ 86 losses under Caldwell is tied with the Cleveland Browns for the most in the NFL in that span, according to ESPN Stats & Information.

Caldwell had some success in the draft but not as much with his first-round picks. None of them from 2013 to ’16 remain with the team. Former executive vice president of football operations Tom Coughlin, who was fired last December, had the final say on all football matters and was ultimately responsible for the team’s drafts from 2017 to ’19.

Offensive tackle Luke Joeckel (2013) is no longer in the league. Quarterback Blake Bortles (2014) lasted five seasons and put together a solid 2017 season. Instead of allowing him to play on the fifth-year option, the Jaguars signed him to a contract extension but Bortles struggled so badly in 2018 that he was benched and the team decided to move on even though it would cost it $16.5 million in dead money in 2019. He was cut a day after the team signed quarterback Nick Foles to a four-year, $88 million contract.

Cornerback Jalen Ramsey (2016) — arguably one of the best defensive players in franchise history — grew unhappy with management, asked for a trade, and sat out two games with a back injury before he was sent to the Rams in October 2019 for two first-round picks and a fourth-round pick.

Running back Leonard Fournette (2017) was cut this past September.

Caldwell also drafted center Brandon Linder (2014), defensive end Yannick Ngakoue (2016) and linebacker Myles Jack (2016) and was instrumental in signing defensive end Calais Campbell, safety Barry Church and cornerback A.J. Bouye in free agency in 2017. The Jaguars, however, were unable to sign Ngakoue to a second contract and he was traded to Minnesota in August for second- and fifth-round picks in 2021.

The Jaguars also were unable to sign receiver Allen Robinson to a second contract and did not use the franchise tag on him, which allowed him to leave in free agency.

Caldwell was primarily responsible for free agency (Coughlin did have veto power) and while the class in 2017 may go down as the best in franchise history, the past two groups of free agents have been a major disappointment. The Jaguars made Andrew Norwell the highest-paid guard in the NFL (he’s now third highest) and he has been average at best, though he’s in the midst of his best season. Receiver Marqise Lee has played just six games since re-signing and was released in the offseason.

Even with the success of the 2016 draft and 2017 free agency, the Jaguars just didn’t win enough games in Caldwell’s tenure. He hired coach Gus Bradley in 2013 to begin a rebuild and the team’s struggles the first two seasons (7-25) were expected, but the Jaguars won only eight games in 2015-16 and the team fired Bradley with two games remaining in the 2016 season.

Khan brought in Coughlin in January 2017 and gave him the final say on football decisions, but Coughlin and Caldwell worked closely together to try to build on the team’s 2017 success. The 2018 season quickly deteriorated into a disaster after a 3-1 start because of injuries to the offensive line, tight end, and Fournette, who also struggled to stay in shape and ended the season with major questions about his work ethic and maturity.

The Jaguars brought in Foles in March 2019 and gave him a franchise-record $50.125 million guaranteed. Foles — who had never played a complete season in which he entered the season as his team’s unquestioned starter — got hurt in the first half of the season opener. He struggled when he returned and was eventually benched for sixth-round rookie Gardner Minshew.

The Jaguars were one of the league’s worst teams in the second half of the season, losing five games in a row by more than 17 points — the first time that has happened since the 1986 Tampa Bay Buccaneers.

Khan gave Caldwell a two-year contract extension through the 2021 season after the 2017 season.