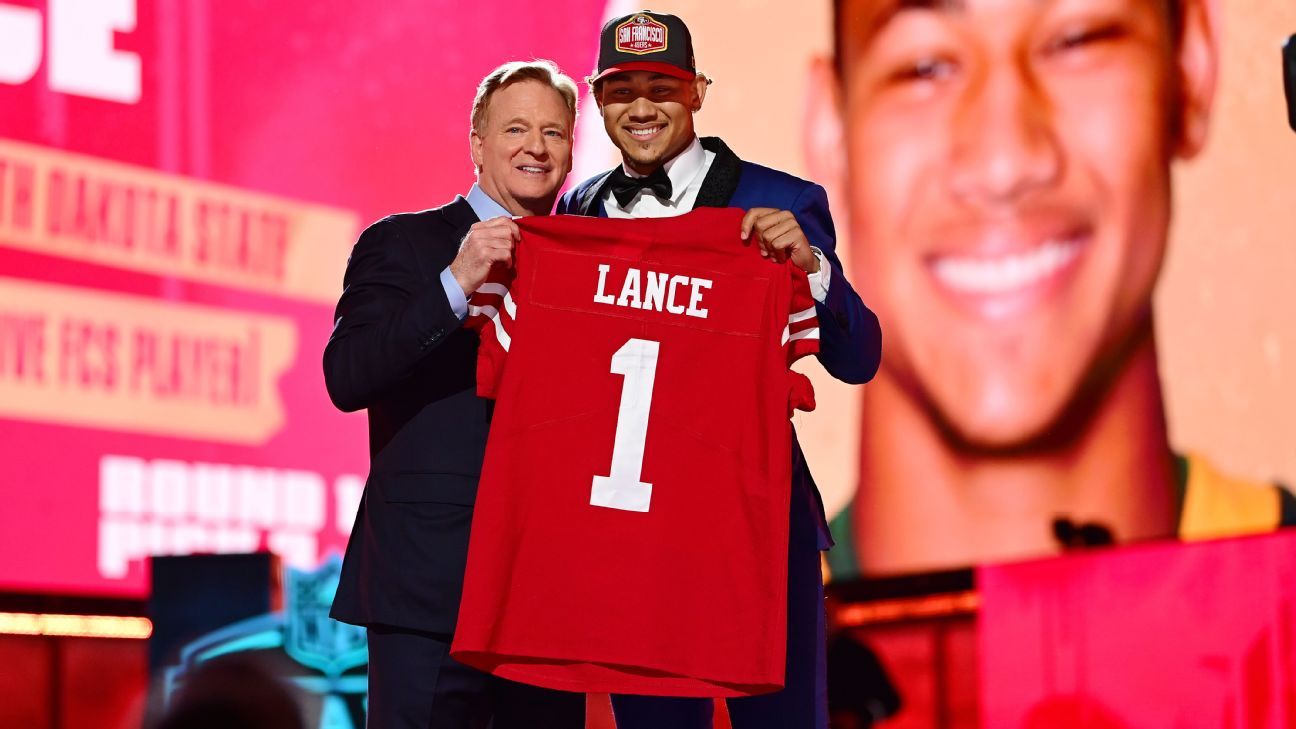 Trey Lance went from underdog to favorite be the No. 3 pick quickly Thursday afternoon, with a rush of betting action on the quarterback out of North Dakota State hitting sportsbooks leading up the NFL draft.

Lance was as high as a 15-1 underdog to be taken third in early April, but his odds improved dramatically Thursday afternoon. He closed as the consensus favorite.

The betting market was proven correct, when the San Francisco 49ers selected Lance with the third pick and settled the most volatile and most heavily bet proposition wager of the draft.

Alabama quarterback Mac Jones and Ohio State quarterback Justin Fields had been the top two favorites to go third for much of the last three weeks. At Caesars Sportsbook by William Hill, Jones eventually emerged as a -300 odds-on favorite entering draft day. Lance began the day as a 3-1 underdog. That changed in just a few hours Thursday afternoon.

A flurry of betting action showed up on Lance — and against Jones — early in the afternoon, shortly after NFL Network reporter Daniel Jeremiah said on The Pat McAfee Show that we was hearing that the North Dakota State quarterback would be the 49ers’ pick.

At 2 p.m., Thursday, DraftKings took a $75,000 bet on Lance to go third at even money, according to a company spokesperson. When it was over, Lance had gone from a 3-1 underdog to closing as -180 favorite.

The afternoon flurry of action caused sportsbook PointsBet to halt betting on multiple proposition offerings, including the No. 3 pick and the over/unders on Jones’ and Lance’s draft positions. More money was bet on Jones to go No. 3 than any other player at most sportsbooks.

“We took a strong position early in the day yesterday on Lance and took plenty of money on Mac Jones at plus-money,” FanDuel sportsbook director John Sheehan told ESPN. “So, the result was positive one for us overall.

“Customers definitely won Round 1, which is that surprising given the top of the draft pretty much went to play,” Sheehan added.

Trevor Lawrence closed as a massive -10,000 favorite to be the No. 1 overall pick, and some bettors were willing to risk a lot to win a little that the Jacksonville Jaguars would take the Clemson quarterback.

PointsBet reported taking an $18,000 bet on Lawrence to be the top pick at -10,000 odds. The bettor won a net $180 when the Jaguars selected Lawrence with the first pick.