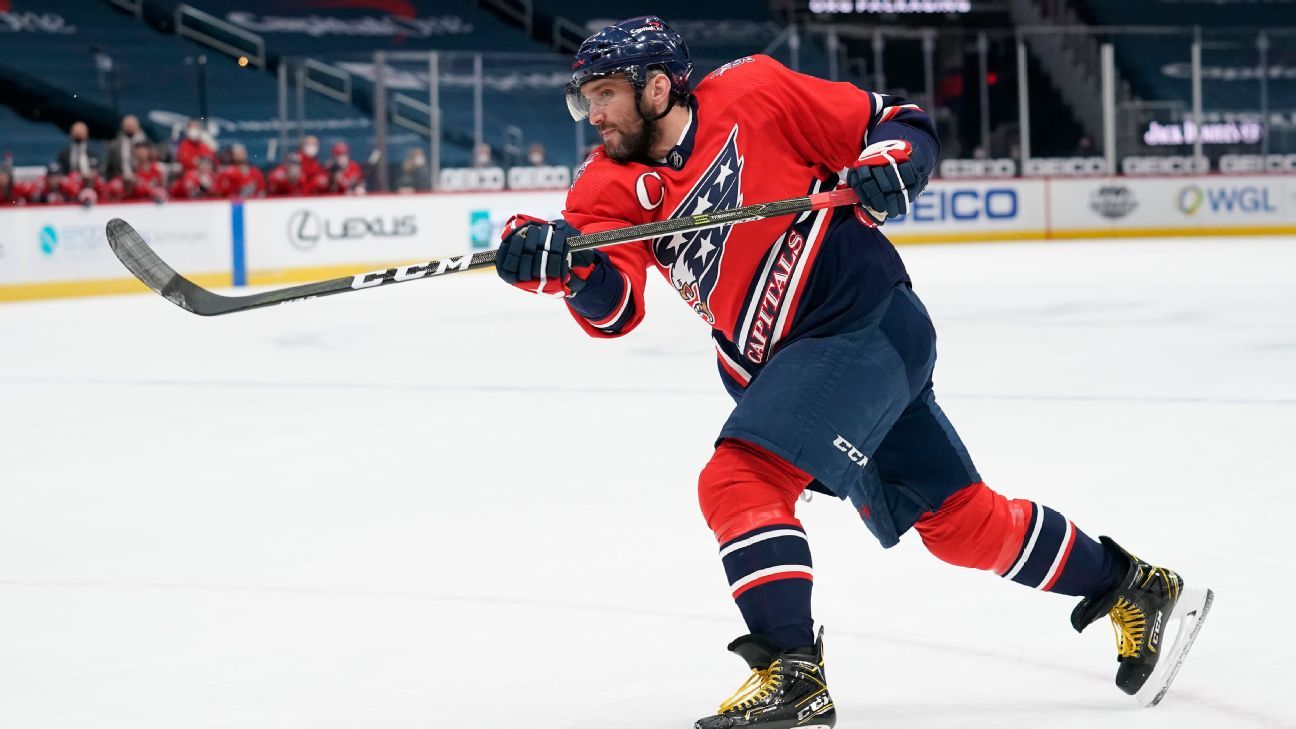 ARLINGTON, Va. – Washington Capitals star Alex Ovechkin was a full participant in practice on Wednesday ahead of the team’s season opener against the New York Rangers, but both the winger and coach Peter Laviolette said he remains a game-time decision.

Ovechkin, 36, skated off gingerly in the team’s preseason finale against the Philadelphia Flyers on Oct. 8, following a collision with forward Travis Konecny. The Capitals said he had a lower-body injury. Ovechkin took part in an optional skate on Tuesday.

“My pinkie toe got hurt,” joked Ovechkin after practice. “It was just a little collision. Nothing serious. We’ll see how it goes.”

Laviolette said it was “great to see him out there with full participation,” but that the team has to check with medical staff to clear him.

In practice, Ovechkin skated on a line with center Evgeny Kuznetsov and winger Tom Wilson, who is the focal point of the pregame buildup against New York.

Late last season, Wilson was fined $5,000 for delivering a gloved punch to the back of the head of forward Pavel Buchnevich, who is now with the St. Louis Blues. Rangers forward Artemi Panarin jumped on Wilson’s back during an ensuing scrum, and Wilson responded by flipping Panarin to the ice, causing an injury that kept Panarin out of the Rangers’ final three games of the season.

Incensed there wasn’t a more severe punishment for Wilson, the Rangers were fined $250,000 after the team called for the firing of George Parros, who heads the NHL’s department of player safety. In their final meeting of the season after the Panarin incident, the Rangers and Capitals combined for 72 penalty minutes in the first 4 minutes, 14 seconds of their fight-filled game.

The Rangers responded in the offseason by acquiring a handful of physical players, such as defenseman Jarred Tinordi and forwards Barclay Goodrow, Sammy Blais and most notably Ryan Reaves of the Vegas Golden Knights, one of the NHL’s lone remaining enforcers and a longtime rival of Wilson’s.

“The whole summer, it seemed to be one thing after another. I don’t know what the real goal is behind it all,” said Wilson, in reference to the Rangers’ offseason. “All I can do is focus on our team. Having a big physical first night with the Rangers isn’t where we want to be this year. I want to score goals. I want to be a leader. I want to take on more responsibility and hopefully take our team to the playoffs. Obviously, tonight there’s a big spotlight on the game. It’s going to be fun.”

In other Capitals news, Laviolette said that goalie Vitek Vanecek will get the start in the season opener over Ilya Samsonov. “His camp, for me, was really good. Separated himself a little bit and earned the opportunity,” said the coach.

Martin has leg amputated due to rare disease
Why Marine Jamel Herring keeps fighting
“Can’t Change Anything After The Match”: Rishabh Pant After Heartbreaking Loss To KKR
What to know for NFL Week 6
Wales recall exiled Young for Autumn series