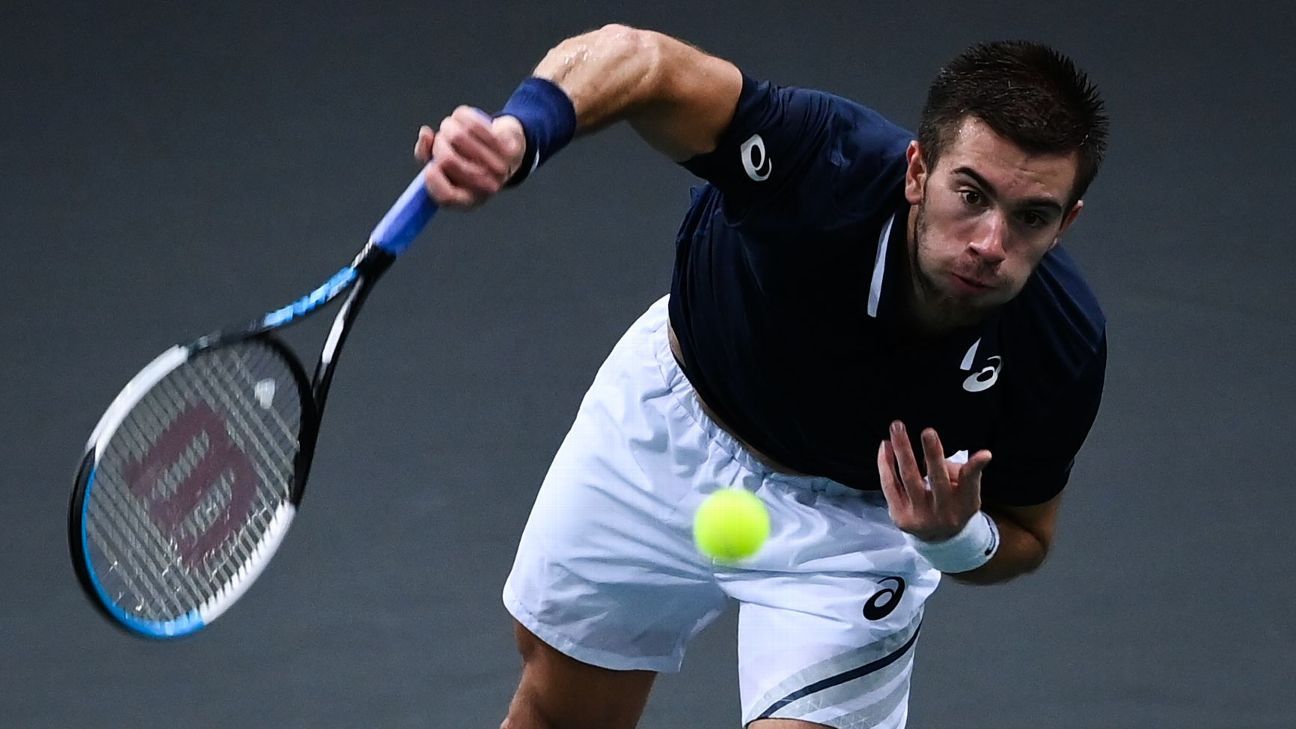 PARIS — Fifteen-seeded Borna Coric advanced to the second round of the Paris Masters by beating qualifier Marton Fucsovics 7-6 (5), 6-1 on Monday.

The Croatian won 35 of his 48 first-service points at the indoor tournament and will next face Jordan Thompson of Australia.

“It was not an easy match and every time we have played it’s been very tough,” Coric said. “I played one bad game at 2-1 in the first set, when I missed two first serves, but pretty much the rest of the time I was serving huge.”

Coric recently reached the final at the St. Petersburg Open for the second year in a row.

Also, Spanish veteran Feliciano Lopez progressed to the second round with a 7-6 (11), 6-1 win over Filip Krajinovic of Serbia and will be up against Rafael Nadal in his next match.

Following his record-extending 13th title at Roland Garros last month, Nadal is back in Paris looking for a maiden win at the Paris Masters, the final Masters event of the season. Nadal can tie Novak Djokovic‘s record if he wins his 36th Masters title at the end of this week.

The tournament is being held without fans because of lockdown measures implemented in France to slow down the spread of the coronavirus.