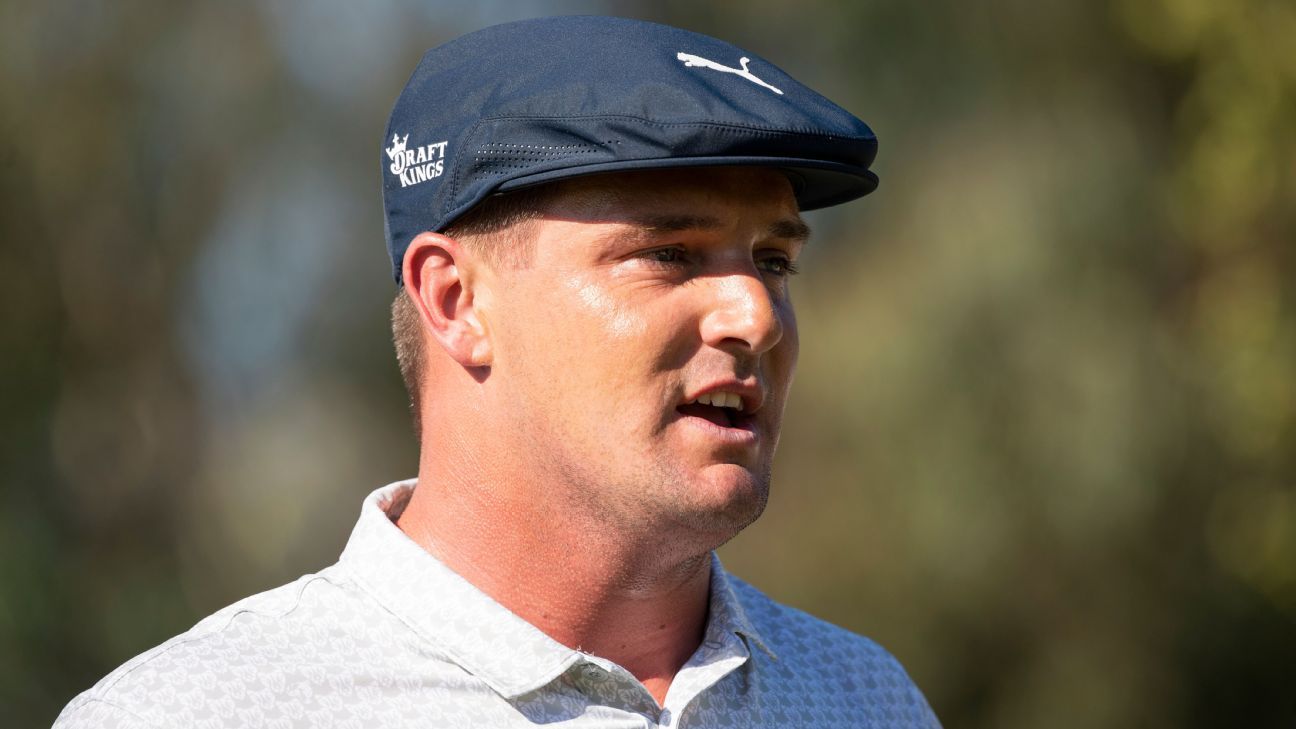 Bryson DeChambeau will become the first golfer to wear a logo of a sports betting or fantasy sports company during the Masters after agreeing to a partnership with DraftKings.

DeChambeau will wear a DraftKings logo on his hat during the Masters next week as part of exclusive, multi-year relationship with the company that was announced Monday.

On June 1, the PGA Tour approved a policy change that allowed players to have sponsorship deals with betting operators specifically. In mid-October, Jason Kokrak sported a BetMGM logo on his hat during the C.J. Cup tournament in Las Vegas, which he won.

“It’s a new way for players and fans to engage,” DeChambeau told ESPN. “It’s a unique, cool way to interact in regards to fantasy, and as betting is becoming more widely accepted, I think it’s a great additive to the sport.”

Golf’s popularity with fantasy sports players and bettors has increased significantly in recent years. Golf is the fourth-most popular sports for DraftKings’ daily fantasy contests, and the company says betting handle on golf has seen a year-over-year growth of more than 10 times.

As part of the partnership, DeChambeau will become the face of DraftKings golf and participate in content, marketing and VIP-centric collaborations, including playing a round or giving lessons to fans.

“As one of golf’s most promising athletes and the current U.S. Open champion, DraftKings is strategically aligning with winning athletes like Bryson who embody and embolden competitive fire in our customers,” Jason Robins, co-founder and CEO of DraftKings, said in a release announcing the partnership with DeChambeau.

DeChambeau, who is listed as the favorite to win the Masters at 8-1 at DraftKings, said he has been preparing for Augusta National and training his bulked-up body to peak for next week’s tournament.

“I want to be hopefully averaging around 200-mph ball speed,” DeChambeau said.

Asked to play oddsmaker and set an over/under for his longest drive in the fairway at the Masters, Chambeau set the number at 400 yards.