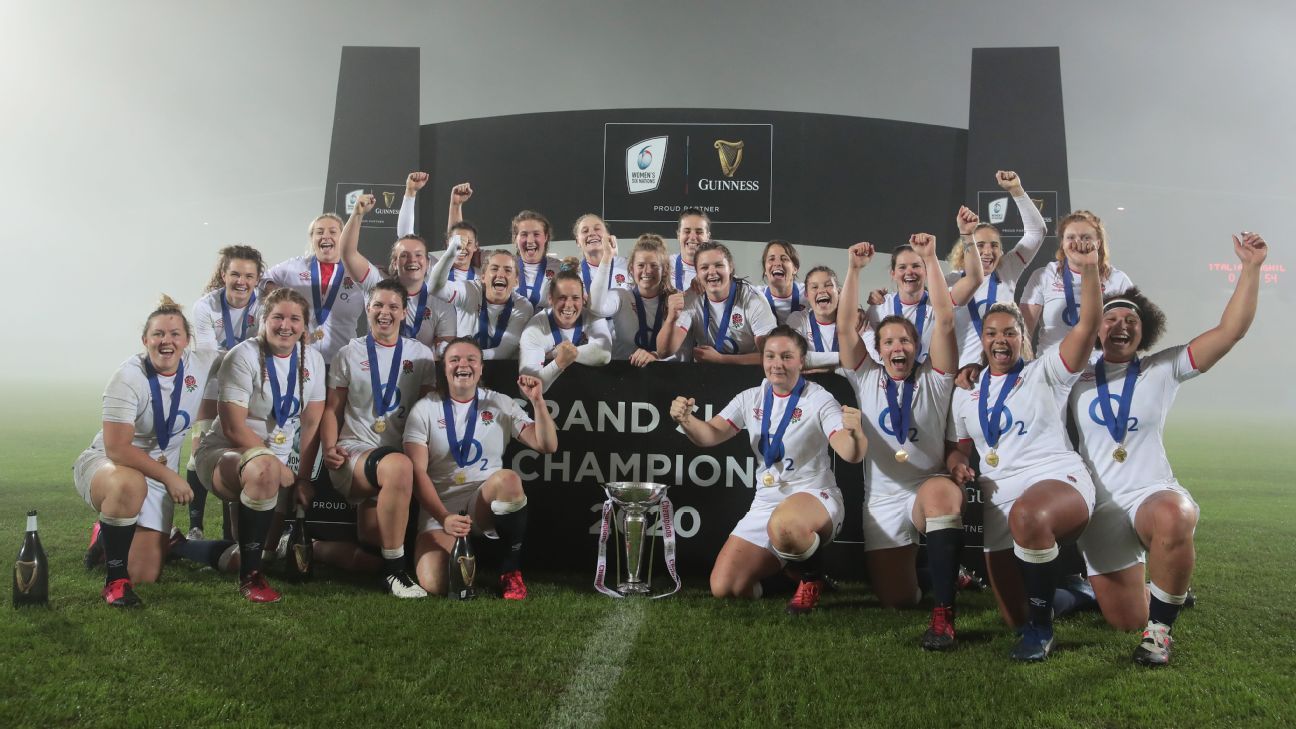 Champions England sealed the Grand Slam in the women’s Six Nations for a second year running after they trounced Italy 54-0 in Parma on Sunday in their final match of the tournament which was postponed from March due to the COVID-19 pandemic.

England had already won the title without stepping foot on the pitch last weekend when France’s failure to beat Scotland gave the Red Roses an unassailable lead in the standings.

After a testing first round fixture where England were held to a six-point victory over France, they comfortably beat Scotland and Ireland without allowing their opponents to score while Wales were thrashed 66-7.

“It was really important we kept our foot on the gas and did ourselves justice. It was a really nice team performance,” stand-in skipper Emily Scarratt told Sky Sports after their bonus-point win.

England were off to a flier when Ellie Kildunne scored a try with just four minutes on the clock before Poppy Cleall, Emily Scarratt and Abbie Ward also went over to give the visitors a 28-0 lead by half-time.

Italy tried to get a foothold in a second half that had numerous errors due to the greasy conditions before Sarah Bern was finally rewarded for her carries with a try of her own.

Scarratt finished the match with five conversions before she was replaced by Zoe Harrison, who converted twice.

England’s victory comes a day after the men’s side also won the Six Nations when they beat Italy 34-5 in Rome before watching France’s 35-27 win over Ireland which meant that neither team could overhaul them.