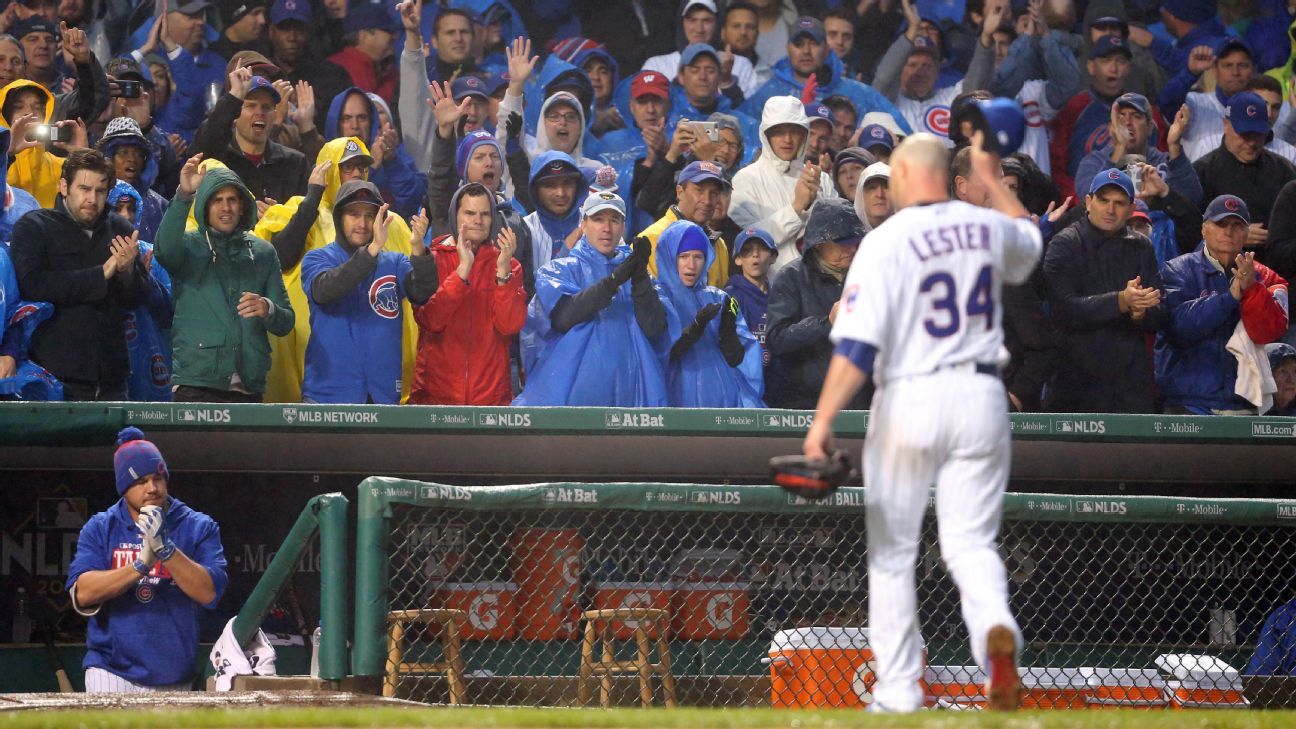 CHICAGO — If free agent hurler Jon Lester has pitched his last game for the Chicago Cubs, he’s going out on a high note with the fans. Lester, 36, bought beers for patrons over Halloween weekend at four Chicago bars, tweeting out his tab which included a 34 percent tip, the same number he wore on his uniform.

His Monday tweet comes on the four year anniversary of the Cubs winning the World Series for the first time in 108 years. Lester was the Co-MVP of the NLCS that October.

Thanks for coming out this weekend y’all! Yesterday we added 1,372 ⁦@MillerLites⁩ to my tab, bringing our grand total to 4,838. Shout out to all the bars, their staff, and those cheers-ing from afar! Whether this is goodbye or see you next year, I love you Chicago! #JonsTab pic.twitter.com/OTEIO2gOjc

“Was kind of brainstorming on what we wanted to do (for the fans),” Lester said on ESPN 1000 in Chicago on Friday. “Couple buddies and I were talking and we seemed to always come back to this.”

Regardless of what’s next I want to thank the fans for the past 6 years. So this weekend (10.30-11.1) Im buying y’all my favorite beer. Make a res at @Hopsmithchicago @LodgeTavern @ButchMcGuires @ShenannigansHOB & your 1st @MillerLite is on me. Just tell em to put it on #JonsTab

Lester is considered one of the best free agent signings the city has ever encountered. He left more money on the table to sign a 6-year, $155 million deal with the Cubs before the 2015 season. He helped them to the World Series championship the following season.

“Since Day 1 it’s been awesome to be a part of,” Lester said. “They have made my family feel like family and accepted us from the beginning. It’s been a fun ride and hopefully the ride is not over.”

The Cubs turned down a $25 million option on his contract over the weekend but the sides say there is still a chance he could return on a lesser deal. Lester has publicly stated he wants to win his 200th career game as a Cub; he needs just seven more victories.

“I know there is some doubt as far as the money that’s out there but I would like to think we can definitely get this thing done,” Lester said. “I think it’s going to be a long offseason for everybody.