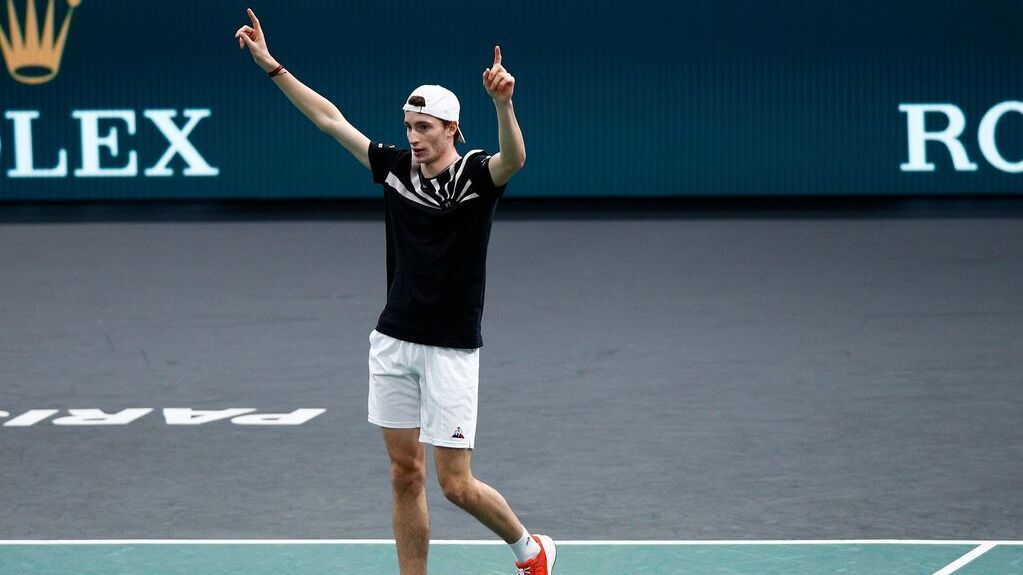 PARIS — Ugo Humbert upset second-seeded Stefanos Tsitsipas following a hard-fought contest of more than three hours to reach the third round at the Paris Masters on Tuesday.

“I’m super happy, super proud of myself,” the 22-year-old Humbert said. “I was mentally very strong to win this match against Tsitsipas, one of the best players in the world.”

It was Humbert’s second Top 10 win following his victory against fifth-ranked Daniil Medvedev at the Hamburg Open in September. Humbert will take on Marin Cilic in his next match.

Tsitsipas saved three match points in the second tiebreaker to force a decider but Humbert finally came out on top of their contest with a total of 46 winners. “He was just creating a lot of opportunities from his forehand side and doing a lot of damage from there,” Tsitsipas said.

Earlier, three-time Grand Slam champion Stan Wawrinka advanced to the second round by defeating Daniel Evans 6-3, 7-6 (3). The 12th-seeded Wawrinka, a former No. 3, hit 35 winners to extend his record to 5-0 against his British rival.

“I was serving and moving well,” said Wawrinka, whose best result at the indoor tournament was reaching the semifinals in 2015, the year he won the French Open. Wawrinka dropped only seven points on his first serve and saved the two break points he faced in the third game of the opening set. He will next face Tommy Paul.

Also, qualifier Norbert Gombos beat No. 8 seed David Goffin 6-4, 7-6 (6) to advance to the third round. The event is the final Masters tournament of the season. It is being held without fans because of lockdown measures implemented in France to slow the spread of the coronavirus.