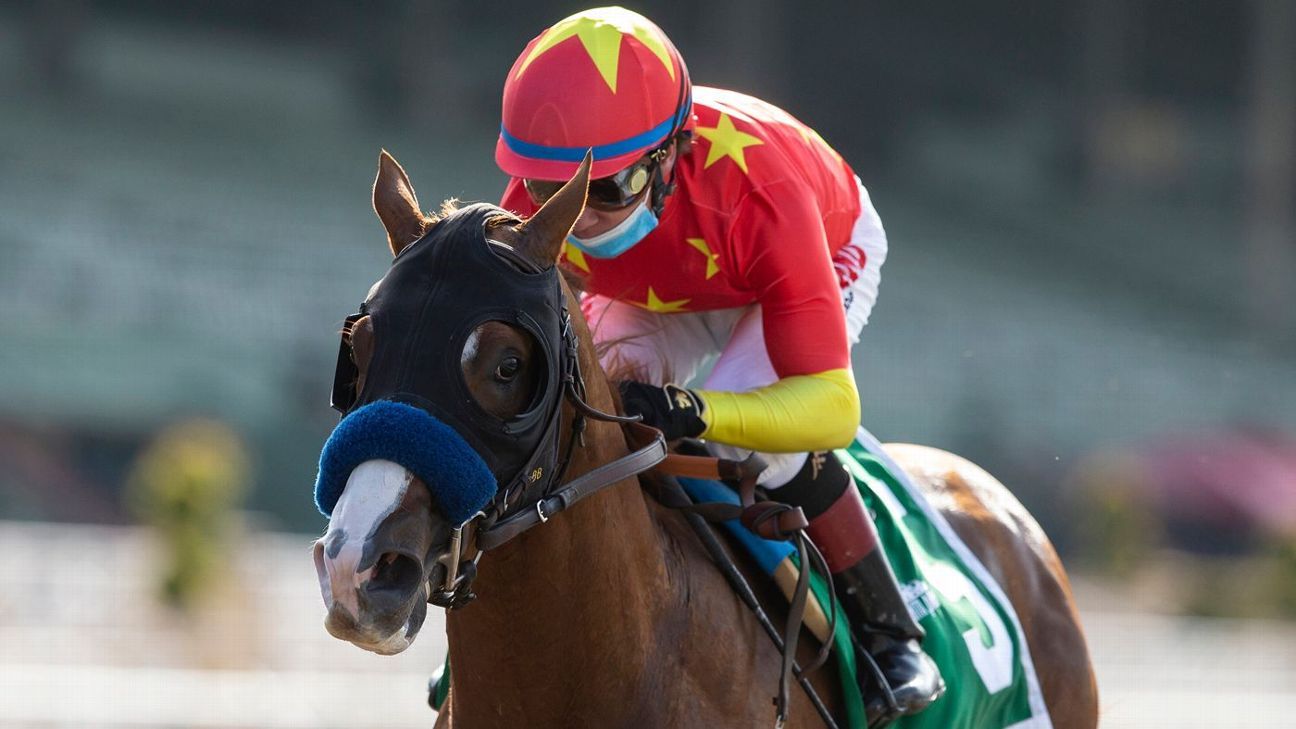 Improbable has drawn the No. 8 post position for the Breeders’ Cup Classic and is the 5-2 morning line favorite for the marquee race of the season-ending World Championships at Keeneland.

One of three Bob Baffert-trained entries in the $6 million race for 3-year-olds and up, Improbable will have Irad Ortiz Jr. aboard and enters with a three-race winning streak and a second in 2020 after finishing fifth in last year’s Breeders’ Cup Dirt Mile at Santa Anita.

Stablemate and fellow 4-year-old Maximum Security, who crossed the finish line first in last year’s Kentucky Derby before being disqualified to 17th for interference, is the 7-2 second choice from the No. 10 post. The colt has rebounded impressively since that controversial outing at Churchill Downs, winning six of eight starts with two seconds.

Belmont Stakes winner Tiz the Law is the 3-1 third choice in the talent-rich 10-horse field and will start the 1¼-mile race from the No. 2 post. Kentucky Derby champion Authentic, a Baffert pupil who held off Tiz the Law in a wire-to-wire victory at Churchill, will go off at 6-1 from the No. 9 post.

Filly Swiss Skydiver, who won last month’s Preakness against males and was a Classic pre-entry, opted to run against her own gender in Breeders’ Cup Distaff over 1 1/8 miles. She’s the 2-1 second choice from the No. 5 post after Monomoy Girl, the 8-5 favorite from the No. 10 post. Monomoy Girl won the Distaff in 2018 at Churchill Downs on the way to earning the Eclipse Award as champion 3-year-old filly.

Saturday’s Classic will cap 14 feature events over two days at Keeneland and go off without spectators because of the coronavirus pandemic. Jackie’s Warrior is the 7-5 favorite with jockey Joel Rosario from the No. 7 post for Breeders’ Cup Juvenile that caps Friday’s five-race feature card for 2-year-olds.