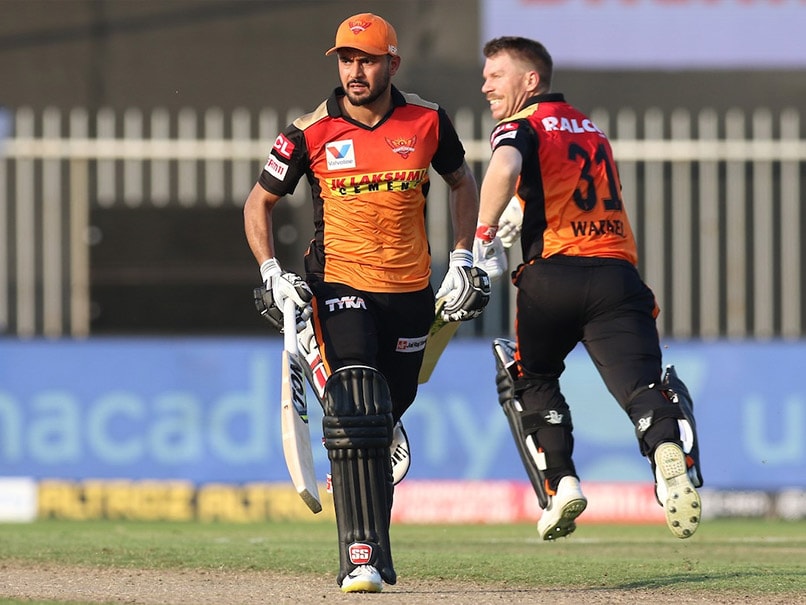 SunRisers Hyderabad face defending champions Mumbai Indians in the final league match of IPL 2020. SRH need a win to qualify for the playoffs while Mumbai Indians have already secured their place at the top of the table, and are playing for pride on Tuesday. A win will see SRH climb to third spot, pushing Kolkata Knight Riders out of the top four, thereby ending their participation in IPL 2020. SRH have won two on the trot and have some key players firing at a crucial time of the tournament. MI might decide to rest a few key players ahead of the Qualifier 1 against Delhi Capitals on Thursday. So, it might be tricky choosing your Fantasy XI for this match.

David Warner (Credits – 12.5): Yes, he’s an expensive proposition at 12.5 credits, but few can match David Warner’s ability with the bat when on full song. Despite not being at his destructive best, the Australian has scored 444 runs in 13 matches and sits in sixth place in the top run-getters list. Warner also seems to have taken up the role of the aggressor in recent matches, with Jonny Bairstow being replaced by Wriddhiman Saha. That can only mean one thing — more points thanks to Warner peppering the boundary.

Manish Pandey (Credits – 9): The Indian right-hander has once again been a little inconsistent. But on his day, Manish Pandey is as good and as eye-catching as anyone else around. He has scored 380 runs in 13 matches at an average of 34.54. Hopefully for SRH and their fans, Manish Pandey will come to the party when it matters most and take the team into the playoffs, getting some fantasy points on the way.

Suryakumar Yadav (Credits – 9): He might have missed out on a spot in the Indian teams for the Australia tour, but that seems to have only fired up Suryakumar Yadav more. The right-hander has been a key batsman for Mumbai Indians, scoring 374 runs in 13 matches at an average of 41.55, which includes three half-centuries. He will be looking to once again prove a point to the selectors, and that might not be a pleasant experience for SRH bowlers.

Rahul Chahar (Credits – 7.5): At the price he is available, Rahul Chahar is a must-have in your Fantasy XI. Especially considering that the young leg-spinner has already collected 453 points. While Mumbai Indians pacers Jasprit Bumrah and Trent Boult have grabbed all the headlines, Chahar has quietly gone about his job and flown under the radar. It speaks volumes about how he has been overlooked that he has hardly got a mention despite taking 15 wickets in 13 matches. Yuzvendra Chahal, Rashid Khan and Varun Chakravarthy are the only spinners to have taken more wickets than him. That’s some good company to be in.

Note: Price of the players are mentioned beside their names as provided by iplt20.com