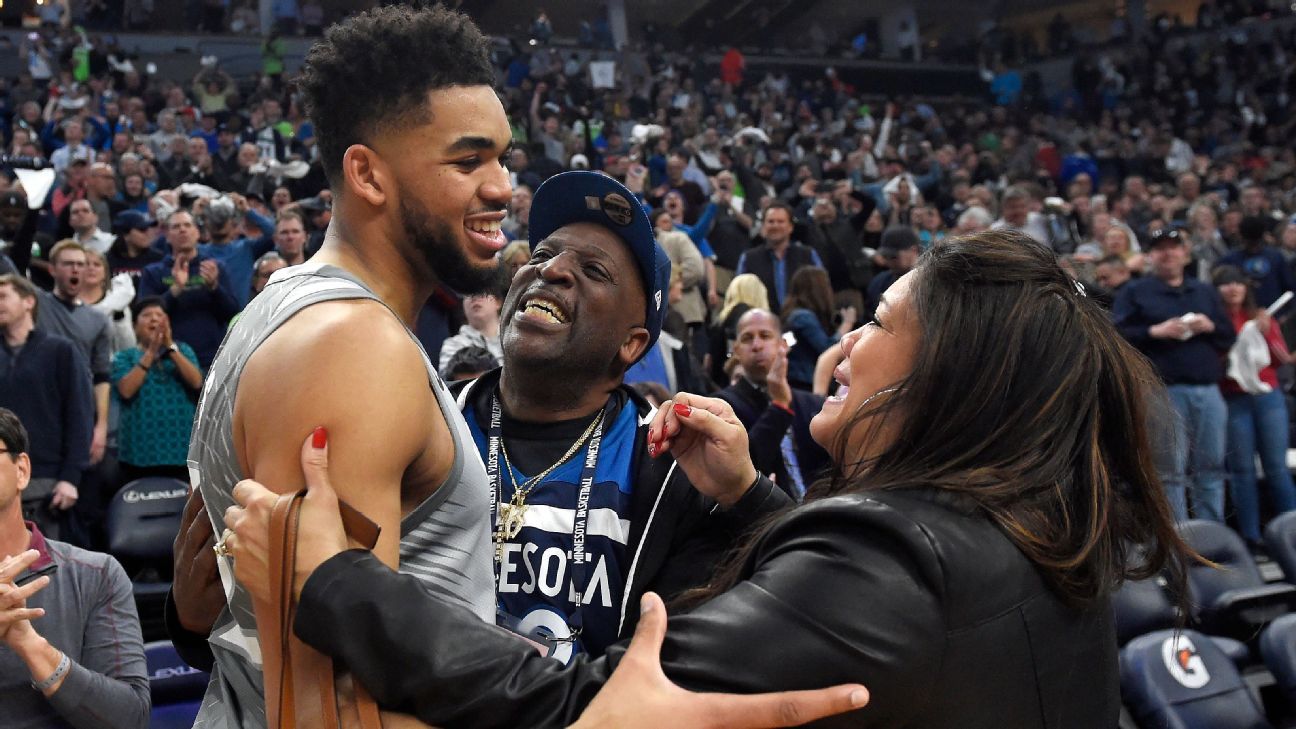 Titled “THE TOUGHEST YEAR OF MY LIFE,” the 18-minute video showed a vulnerable Towns explaining having to be the one to “pull the plug” on his mother, Jackie Cruz-Towns, who died on April 13.

“At that moment I pulled the plug and just let her pass,” Towns said. “They told me she may be alive another hour, maybe two.”

He explained that other members of their family were talking with his mom remotely and laughing and sharing stories when she died.

“She was sent off with laughter,” a tearful Towns said in the video.

He revealed in an Instagram post on March 25 that both of his parents had tested positive for the coronavirus. While father’s condition improved, he shared that his mother was in a medically induced coma and had been placed on a ventilator due to the virus, he said in March.

In the video that was posted Monday night, Towns said his mom took a turn for the worse when she suffered a stroke, something he learned in a phone call from his dad.

“He was just like, ‘She’s gone. She had a stroke during the night and she’s gone.’ I said, ‘Has she taken a step back? What’s the next step?’ Because in my mind, I’m just thinking about [next] steps,” Towns said. “He had just told me those doctors thought there was no way for meaningful life from her after this stroke.”

“It just got to a point where it was harming her,” Towns said. “I gave her all the time, and I made the hardest decision you can make. I called my sister, I told her the decision I made was. You’ve got to live with that. I made that decision.”

Towns said he’s still grieving and trying to figure out life without his mom.

“I think for me, I think if I was to say how am I coping and how am I healing from this, I’m trying to heal myself through others,” Towns said.

“I’m trying to do as much as I can for my sister and my father. Trying to take care of my friends and I’m trying to heal myself through them,” Towns said. “It’s helped, but I think that one day, and I know it’s creeping up, I feel it every day, it’s gonna creep up and I’m going to have to find a way to deal with it, actually. That’s why I wanted to do this [interview]. I thought this would be therapeutic for me to admit that these things are real and how I feel is real and being able to try to find some normalcy. Life is a game and I’m just playing one chess piece at a time.”

Towns, 24, is heading into his sixth season with the Wolves and coming off a year in which he averaged a career-high 26.5 points per game and 10.8 rebounds.