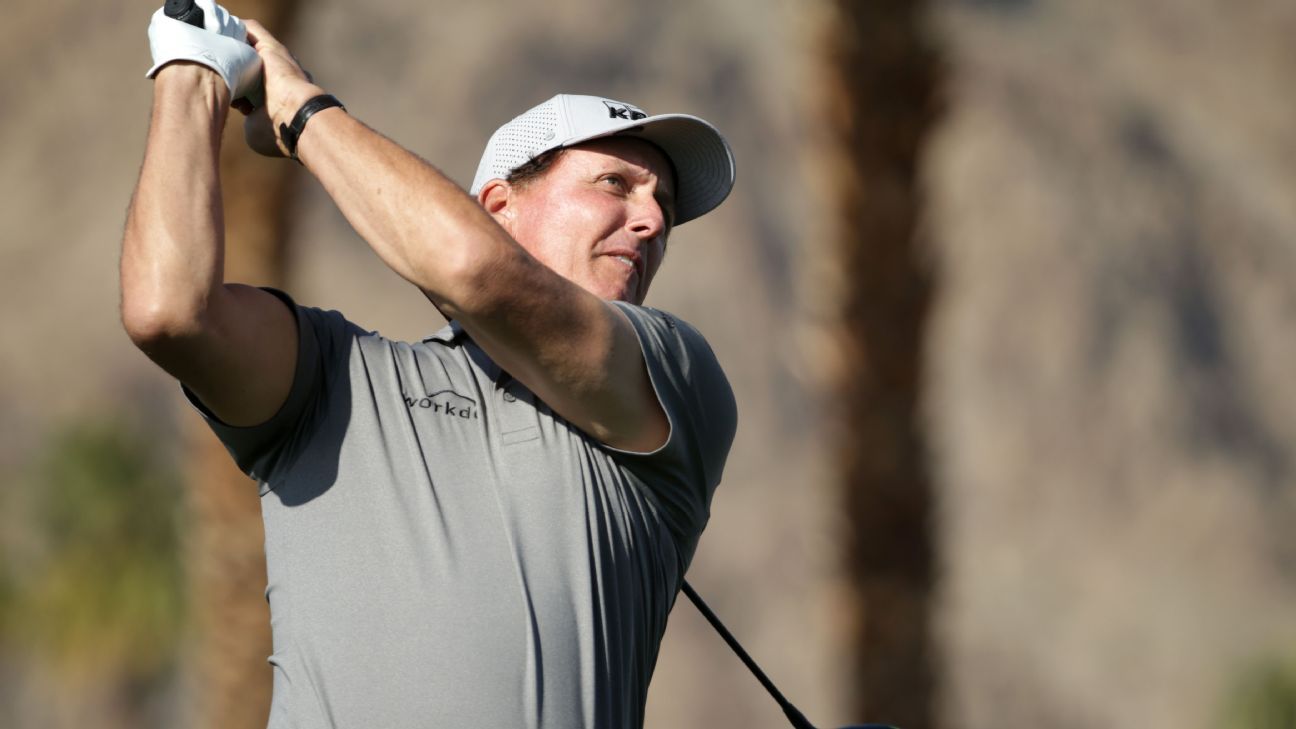 Bryson DeChambeau isn’t the only player headed to Augusta National next week thinking about using different equipment to attack the course that is home to the Masters.

Phil Mickelson said he is making changes, too.

Mickelson said Tuesday on a podcast hosted by Callaway Golf that he plans to put a driver with a 47 1/2-inch shaft in play during the postponed Masters at Augusta National. The standard length is in the 44-45-inch range and the Rules of Golf permit a shaft no longer than 48 inches. Mickelson had been using a 46-inch driver.

DeChambeau has previously said he is considering using a 48-inch driver and has spent the last few weeks at home working on adding distance before playing the tournament.

“It’s just that if you fly it there you have a chance to take advantage of some of those holes.”

Mickelson first put the driver in play three weeks ago at the PGA Champions Tour event he won in Virginia. He also used it at the Zozo Championship, where he tied for 76th.

The Callaway club has a Mavrik Sub Zero 9 head, which he had also been using with a 46-inch driver shaft earlier. A longer driver shaft, in theory, allows a player to hit the ball farther, although with possibly less control. Mickelson used the first hole, a 445-yard par-4 that typically ranks among the hardest holes, as an example.

“If you can carry that bunker [on the right side of the fairway], it’s a sand wedge in and you’re thinking birdie,” he said. “If you have to hit a 3-wood off of the tee and go to the side, or if you can’t carry it and you have to play more to the left, it’s a 6- or 7-iron into the green, so you’re thinking par. So there’s the ability to attach a number of holes if you can fly the ball a little bit farther.”

Mickelson, who turned 50 in June, is playing this week’s Vivint Houston Open as a warm-up event for the Masters. He missed the cut at the U.S. Open in September.