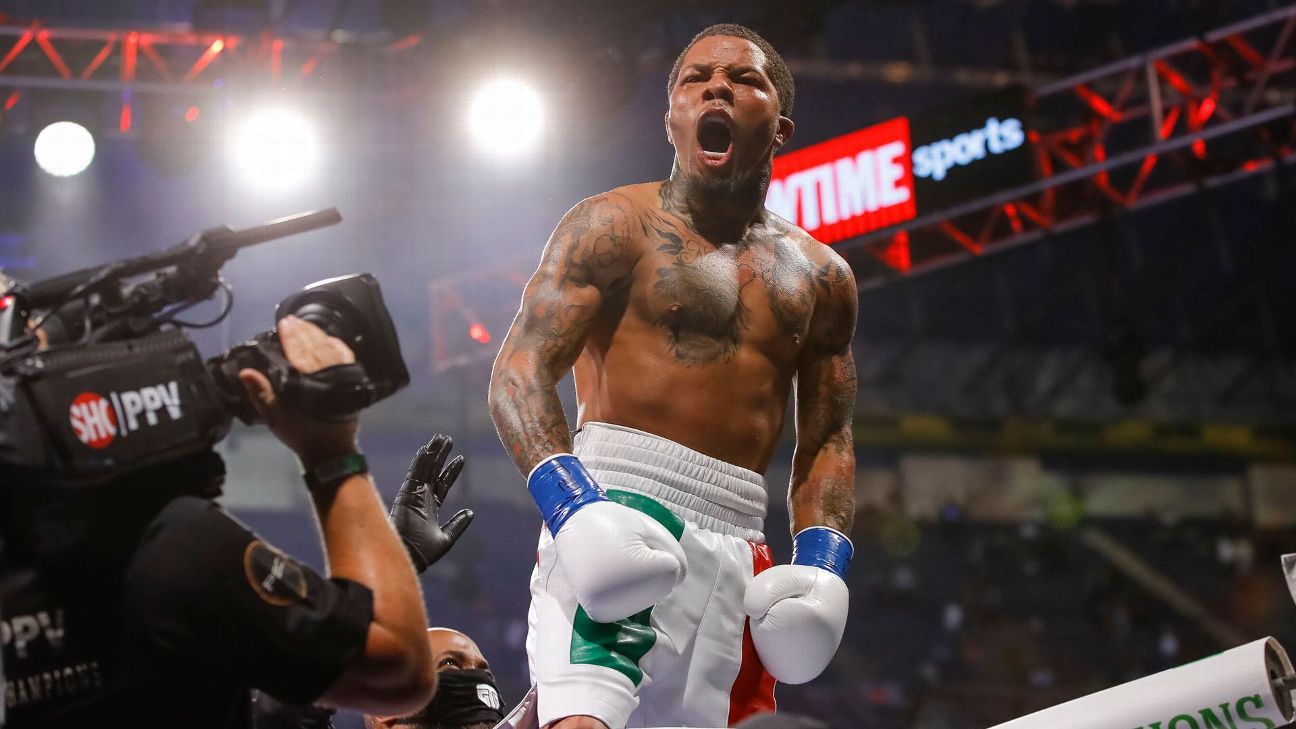 As the calendar turns over from a landscape-shifting October, there’s even more to come in November. But both the action of the past month and the fights that lie ahead carry lingering questions.

Where does Gervonta Davis rank among boxing’s best? Will Deontay Wilder factor into heavyweight boxing in the next 12 months? And how will another lockdown in the U.K. affect the status of some major fights scheduled for the rest of 2020?

Our panel weighs in with the latest updates and insights into some of boxing’s biggest storylines.

Real or not: Gervonta Davis is a top-10 pound-for-pound fighter

Cameron Wolfe: Not yet. Davis’ win over Leo Santa Cruz probably launches him into my pound-for-pound top 15, but he’s just on the outside looking in regarding the top 10 right now. Make no mistake, Davis has top-10 pound-for-pound talent, and I won’t argue too much if he’s on your list. But the resume isn’t there quite yet for me. His knockout of Santa Cruz is by far his best win, and the only other results worth considering are his wins over Jose Pedraza in 2017 and a washed-up Yuriorkis Gamboa last year. One more win against a well-respected top contender or world titleholder, including any of ESPN’s top five lightweight boxers or top three junior lightweight boxers, would probably be enough to sneak Davis on my list, though. The young lions are coming, and Davis is right there.

Real or not: Deontay Wilder won’t fight Tyson Fury or Anthony Joshua until 2022

Nick Parkinson: Real. Matchroom promoter Eddie Hearn, who guides the career of Anthony Joshua, says it is a “done deal” for Joshua to face rival world heavyweight champion Tyson Fury TWICE in 2021. No fight — including a third fight versus Wilder for Fury — is worth more to the English boxers, and Hearn says each will make “over $100 million.” The only way Fury-Joshua won’t happen either in the U.K. — when fans are allowed back at venues, perhaps next summer — or in Saudi Arabia — where Joshua won back the WBA, IBF and WBO world heavyweight titles last December against Andy Ruiz — is if Wilder brings heavyweight legal action. What is more likely is for the organizers of Fury-Joshua to guarantee Wilder a shot at the winner of the second Fury-Joshua fight, plus compensation. Oleksandr Usyk is mandatory for the WBO title, and he might similarly be offered a title shot after Joshua and Fury meet in order to make the all-English clash for all four major titles.

“Let the real players, the big boys do their thing, go in there and give everybody entertainment,” Hearn told BBC Five Live. “Deontay Wilder is gone, out of the picture — he had his chance. Anthony Joshua has to beat Kubrat Pulev, and if he does that, he will fight Tyson Fury twice next year. Forget about Deontay Wilder — he can resurface again in 2022, 2023. He will probably be retired by then.”

Real or not: Joshua-Pulev won’t happen in the U.K. this year

Parkinson: Not. England enters into a second national lockdown Thursday, and it’s set to end Dec. 2. As long as the British government does not tighten the restrictions to include elite-level sport, Anthony Joshua-Kubrat Pulev goes ahead.

What could change with Joshua’s next defense is the venue, switching from the O2 in southeast London to the SSE Arena in Wembley, North London. Fans are extremely unlikely on Dec. 12 for AJ’s first U.K. outing since 90,000 saw him beat Alexander Povetkin in September 2018, but Hearn is still pressing ahead for Joshua to fight on Dec. 12, with or without fans. Other big fights in the U.K. during lockdown, such as the rematch between Povetkin and Dillian Whyte on Nov. 21 and Daniel Dubois versus Joe Joyce, will also be allowed to happen — just without fans.

Real or not: Devin Haney should fight Teofimo Lopez next

Jeff Wagenheim: Not. The knee-jerk response is yes, of course. You want to be the best? Then fight the best. And I do embrace that way of thinking, because it’s matchups like those that make boxing must-see for me. But let’s not forget that Haney is a prizefighter, which means that only part of his job description is to fight. It’s not his fault that the title was essentially handed to him. His vocation also involves going after the prize, and the prizes are bigger when you’re in possession of a championship belt. So when it comes to potentially putting his WBC title on the line in a Lopez matchup, Haney needs to take an honest assessment of his priorities. Is he in boxing as a means of advancement in life and even enrichment? Or is he in the game to be remembered for what he did inside the ring? Right now, at lightweight, there’s no bigger fight than Teofimo Lopez. There’s no bigger payday, either. But there surely are safer ones.

I’m not suggesting that Haney line up a row of tomato cans to knock down. There are legitimate opponents out there — ones who simply do not pose the same degree of danger that Lopez does. Anyone who has followed boxing over the years knows about how the sanctioning bodies spread the wealth with liberal usage of the word “champion.” For a professional athlete to use that to his advantage is no dishonor. I think it’s fine to step in the ring with your primary goal being to provide for your loved ones. Just be honest about it. This goes for Haney, Lopez and every other champion with a title-unifying bout agreement sitting out there waiting for a signature. Don’t talk up a big fight while turning it down behind the scenes. If you’re talking a big game, play a big game.