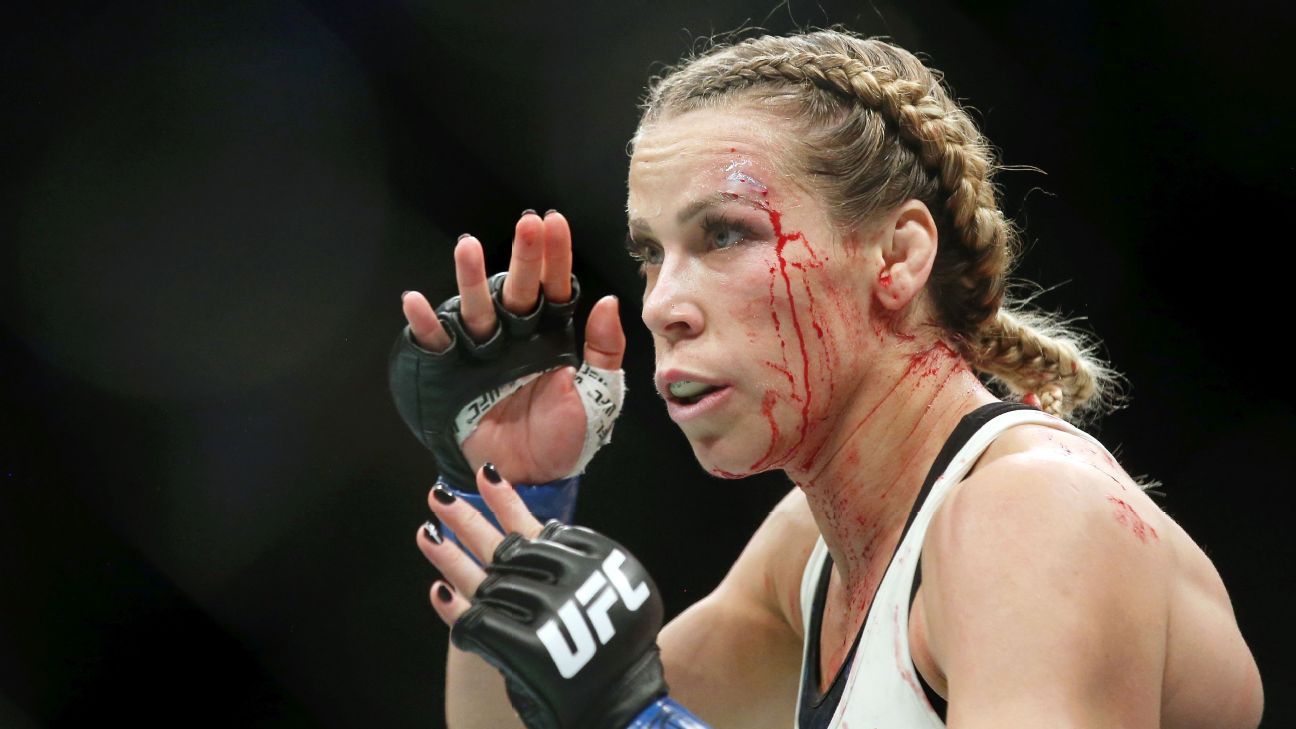 The UFC is close to finalizing a flyweight fight between Katlyn Chookagian and Cynthia Calvillo for UFC 255 later this month, according to multiple sources.

Contracts have not yet been signed, but the bout will take place on Nov. 21 in Las Vegas once it’s official. It’s good timing for the 125-pound contender fight, as the UFC 255 pay-per-view event features flyweight champion Valentina Shevchenko defending her title against Jennifer Maia in the co-main event.

Chookagian (14-4) is coming off a knockout loss to former strawweight champion Jessica Andrade on Oct. 17 in Abu Dhabi. Despite the loss, Chookagian is still the No. 2-ranked flyweight in the world per the UFC rankings, behind No. 1-ranked Andrade.

The 31-year-old Chookagian fought Shevchenko for the title in February, and came up short via third-round TKO. The fight against Calvillo will mark her fourth appearance in 2020.

Calvillo (9-1-1) catapulted herself into flyweight title contendership with a five-round decision over former title challenger Jessica Eye in June. That was Calvillo’s flyweight debut in the UFC. She accumulated a 5-1-1 record as a strawweight prior to the move up in weight in June.

Calvillo was scheduled to face Lauren Murphy last month, but was forced to withdraw due to a positive COVID-19 test.