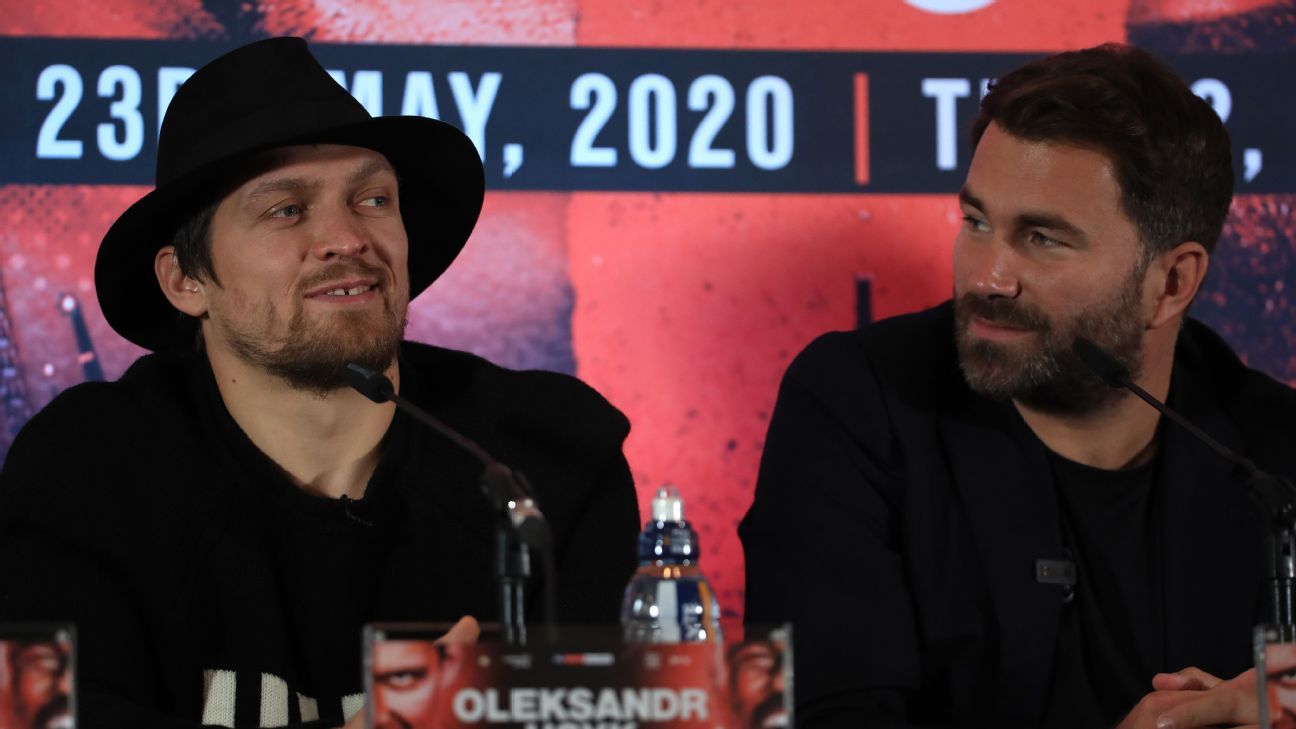 Matchroom promoter Eddie Hearn says Anthony Joshua would face Oleksandr Usyk first in 2021 if a fight with Tyson Fury cannot be made by the summer.

Hearn admits legal action from Wilder could leave Joshua facing Ukrainian Usyk first in 2021 instead of a potential super fight with Fury.

“Our absolute focus is as long as AJ defeats Pulev next is to fight Tyson Fury twice in 2021. If that’s not possible then we would look at his WBO mandatory challenger, which is Usyk,” Hearn told ESPN.

“I can anticipate that litigation is incoming from Deontay Wilder and [Wilder’s manager] Shelly Finkel regarding Wilder versus Fury but we just have to get on with our own business, and do our thing.

“It’s always been our plan for AJ to become the undisputed world heavyweight champion, and if he can’t do the Fury fight then we would fight Usyk in spring/summer of 2021.”

Joshua will compete for the first time in a year against Pulev (28-1, 14 KOs), 39, after winning back the belts from Andy Ruiz Jr. on points following a shock stoppage defeat in June 2019.

Usyk (18-0, 13 KOs), 33, won a unanimous points decision over British heavyweight Derek Chisora last Saturday to maintain his status as WBO mandatory challenger in his second fight as a heavyweight after ruling as the undisputed world cruiserweight champion.

Joshua and Usyk both won gold medals at the 2012 Olympics at super-heavyweight and heavyweight respectively when they were amateurs before turning professional.