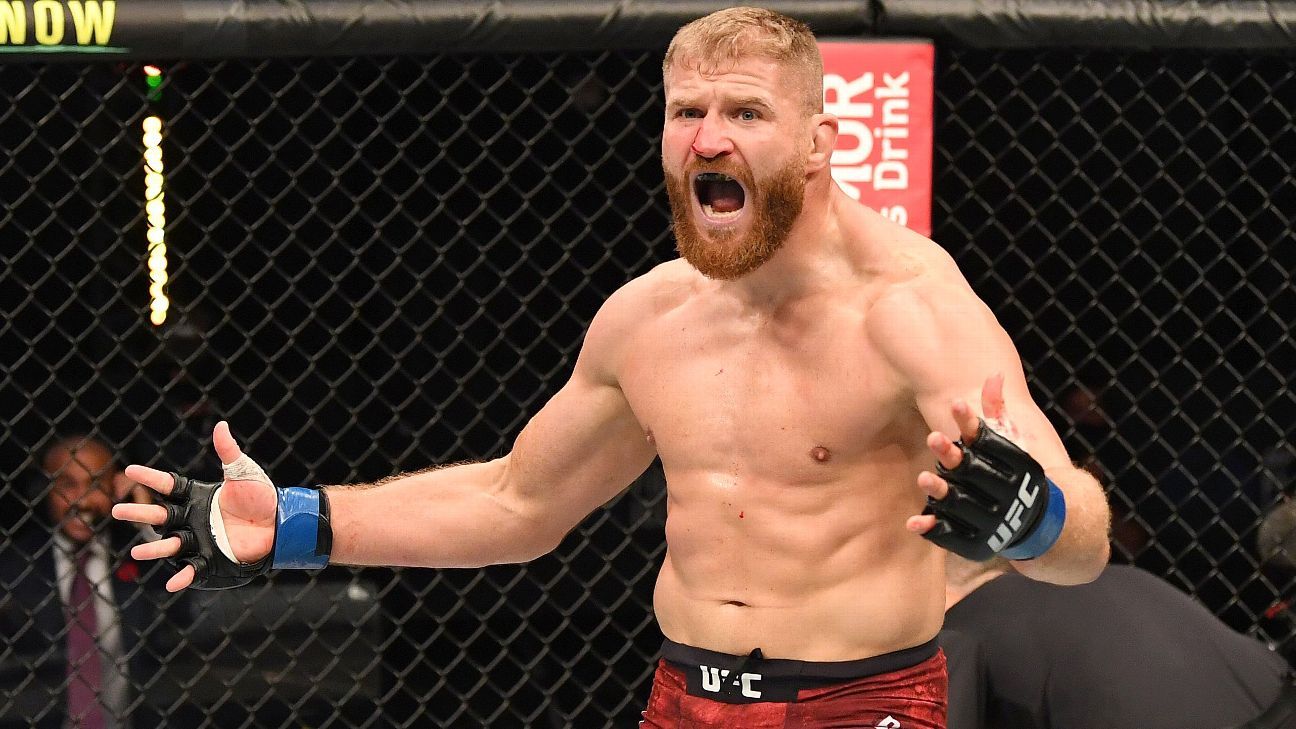 UFC light heavyweight champion Jan Blachowicz said he wants to wait until March before defending his belt against middleweight champ Israel Adesanya, who is looking to become the eighth fighter in UFC history to hold two belts simultaneously.

Blachowicz, who beat Dominick Reyes for the title Sept. 26, and his wife are expecting their first child in December, and his homeland of Poland is experiencing a spike in coronavirus cases.

“I can fight in March with anybody,” Blachowicz said during an interview for Wednesday’s episode of Ariel Helwani’s MMA Show. “It’s no problem for me. But I cannot fight any earlier than March. If Israel wants to wait, no problem.

Adesanya had said he was hoping to fight again in 2020 after demolishing Paulo Costa via second-round stoppage Sept. 26. It was expected that he would defend his title next against top middleweight contender Robert Whittaker, but UFC president Dana White changed those plans and offered Adesanya the chance to move up in weight without relinquishing his middleweight crown.

When asked if he would wait until March or April, Adesanya told ESPN: “Nothing set or done yet. It’s all hearsay. I’m a very persuasive guy.”

Adesanya also said he has no doubt he’ll eventually fight Jon Jones, who vacated the light heavyweight belt to pursue the heavyweight title. Adesanya has long envisioned a scenario of fighting Jones at Allegiant Stadium in Las Vegas in 2021.

“There’s no way that fight’s not going to happen,” Adesanya said.

When asked if that fight would happen at light heavyweight or heavyweight, Adesanya said: “You might see for the first time in history someone holding all three belts.”

Blachowicz also said he’d be willing to face Jones, if he decided to drop back down to light heavyweight. But Blachowicz said if he beats Adesanya, he would next fight the winner of Saturday’s main event between Thiago Santos and Glover Teixeira.