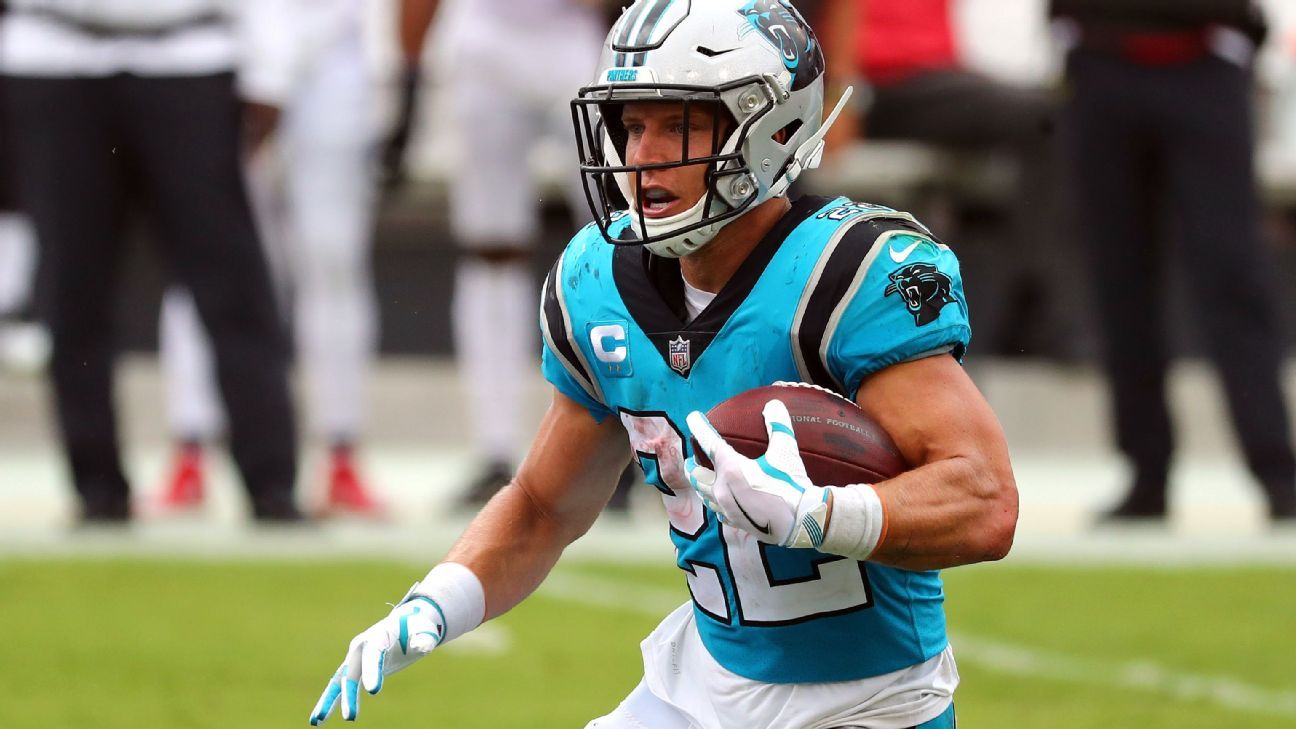 “If we played right now, I feel he’d be able to play,” Rhule said.

The team has until 4 p.m. ET on Saturday to activate McCaffrey, who has missed the past six games since suffering a high ankle sprain in a Week 2 loss to Tampa Bay. Rhule wants to make sure there are no setbacks the next few days before officially committing to a return.

But Rhule likes what he’s seen the past two days out of the league’s highest-paid back at $16 million a year.

McCaffrey returned to practice last week and was given a designation to return, but wasn’t taken off IR with only a couple of practices and a short week to prepare for a Thursday night game against Atlanta.

McCaffrey went through his first padded practice since Week 2 on Wednesday and showed no setbacks. He was making sharp cuts and showing greats bursts of speed during the media portion of Thursday’s practice.

“He looks like Christian McCaffrey,” said offensive coordinator Joe Brady, meaning McCaffrey looked like the player that a year ago became the third in NFL history to have 1,000 yards rushing and receiving in the same season.

As far as how the Panthers will use McCaffrey and Mike Davis, a solid replacement as the team went 3-3 with their star out, Brady said, “Everything is on the table for sure.”