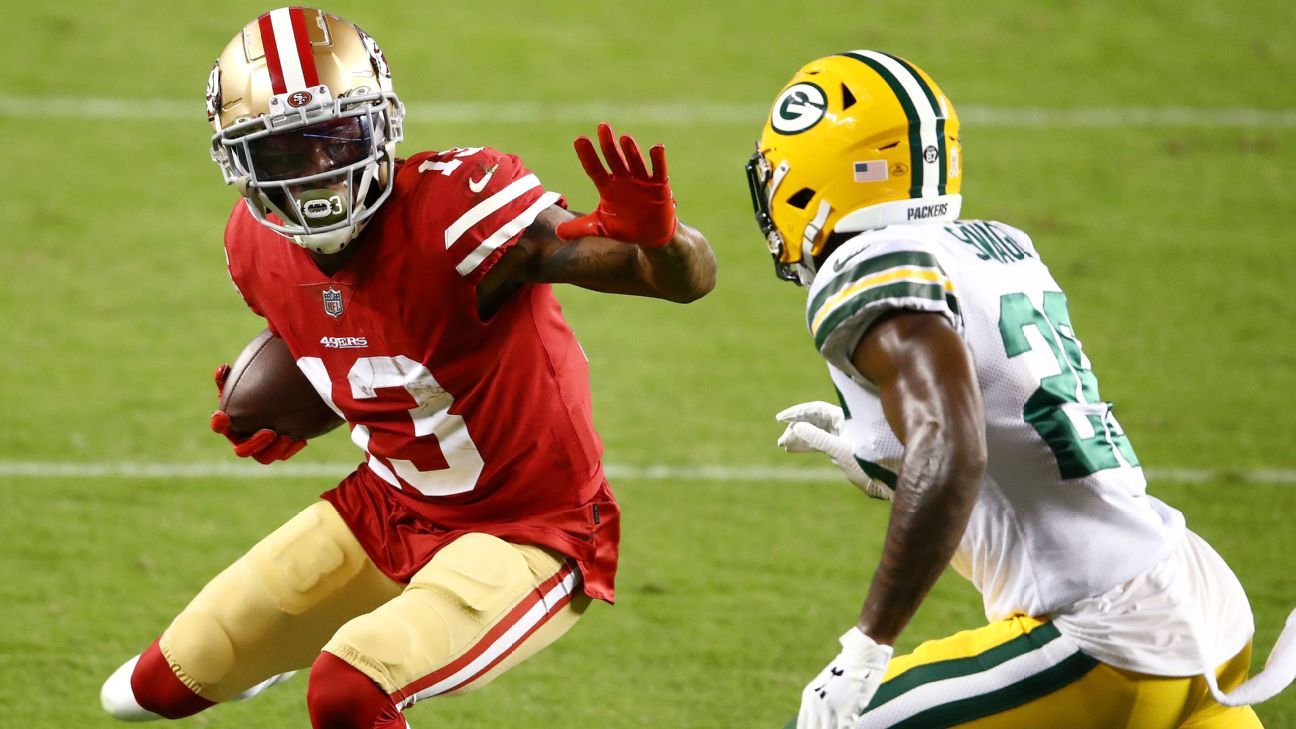 Decimated by injuries and with the new twist provided by the COVID-19 pandemic making matters worse, the Niners opened Thursday night’s 34-17 blowout loss to the Green Bay Packers with a whopping $80.8 million worth of cap space on injured reserve.

For as much as the 49ers (4-5) wanted to put on a brave face and show the world they shouldn’t be counted out, this overwhelming reality remained: What’s left of these 49ers simply isn’t good enough to keep up with most legitimate playoff contenders.

What did have a familiar look was how things went in the first game the Niners played without the players above. Most likely, it’s a look that, like in 2018, 49ers observers are going to have to get used to this season.

Even with some of their key players returning at some point, things aren’t going to get much easier. The Niners entered Thursday’s game with the third-hardest remaining schedule left in the NFL.

Which means it might be time to turn back the clock to 2018 when Garoppolo was lost to a torn ACL. It was a torturous trudge through the final 12 games, but it ended with the Niners landing Bosa with the No. 2 pick.

The journey won’t be as arduous with seven games left, but the consolation prize at the end probably won’t be as rewarding, either. Since the Niners already have four wins, they likely won’t be in the mix for a pick as high as No. 2.

But with questions about Garoppolo’s future sure to become the biggest hot-button issue surrounding the team, draft-pick positioning likely will be of more interest than the games themselves.

Promising trend: Richie James got his chance to shine with the 49ers’ top three receivers out. He took advantage with 184 yards receiving on nine catches and a touchdown. The total was more than James had in either of his first two seasons in the league (130 yards in 2018, 165 yards in 2019).

QB breakdown: Mullens had some good moments early on, but receiver River Cracraft‘s dropped touchdown forced the Niners to settle for a field goal and things went downhill from there. Behind shaky protection without any of his top pass catchers, Mullens tried to force some passes and turned the ball over twice, including an interception and a lost fumble. He finished 22-of-35 for 291 yards with one touchdown and one interception.

Add another injury: Just before halftime, strong safety Jaquiski Tartt went to the locker room with a foot injury, and though his return was originally labeled questionable, he was ruled out early in the third quarter. Tartt was in his first game back from a groin injury that kept him out the past three games.