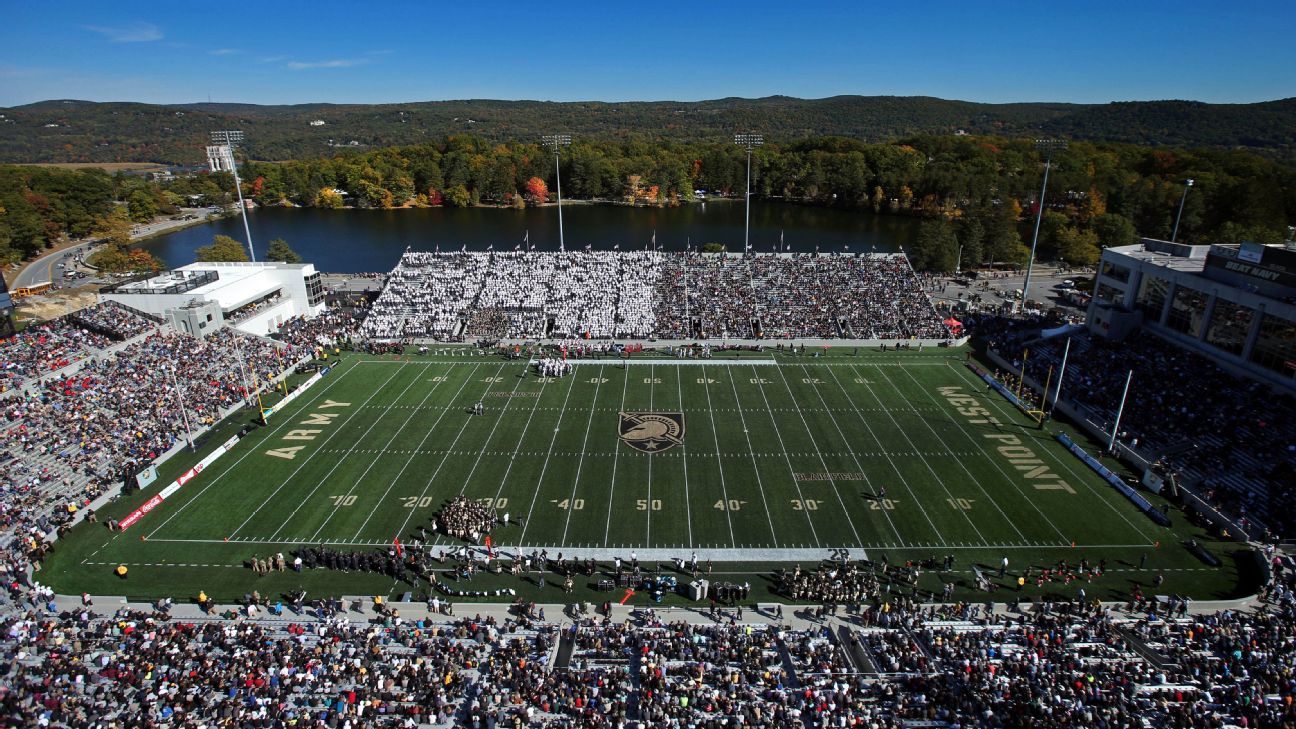 The Air Force–Army football game on Saturday is off because of COVID-19 issues at Air Force, sources confirmed to ESPN.

Air Force had been set to travel Thursday to West Point, New York, in preparation for Saturday’s game, which was set to kick off at 11:30 a.m. ET and be televised by CBS. But an increase in COVID-19 cases and contact tracing will prevent the game from taking place, sources said.

It is unclear whether the game can be rescheduled. Air Force and Army have no common open dates left on the schedule. The teams could play Dec. 19, the week after Army plays Navy and a week before Army plays in the Independence Bowl. The Mountain West championship game is also set for Dec. 19.

The Colorado Springs Gazette first reported that the game would not be played this weekend.

Air Force and Army have played every year since 1968.

Army also had a Sept. 12 home game with BYU postponed because of COVID-19 issues with the Cougars. Sources said Army would be open to scheduling a new opponent for this weekend if one comes available.

Air Force beat Navy 40-7 on Oct. 3 before opening Mountain West play Oct. 24 against San Jose State. The Falcons have dropped both of their two league contests.