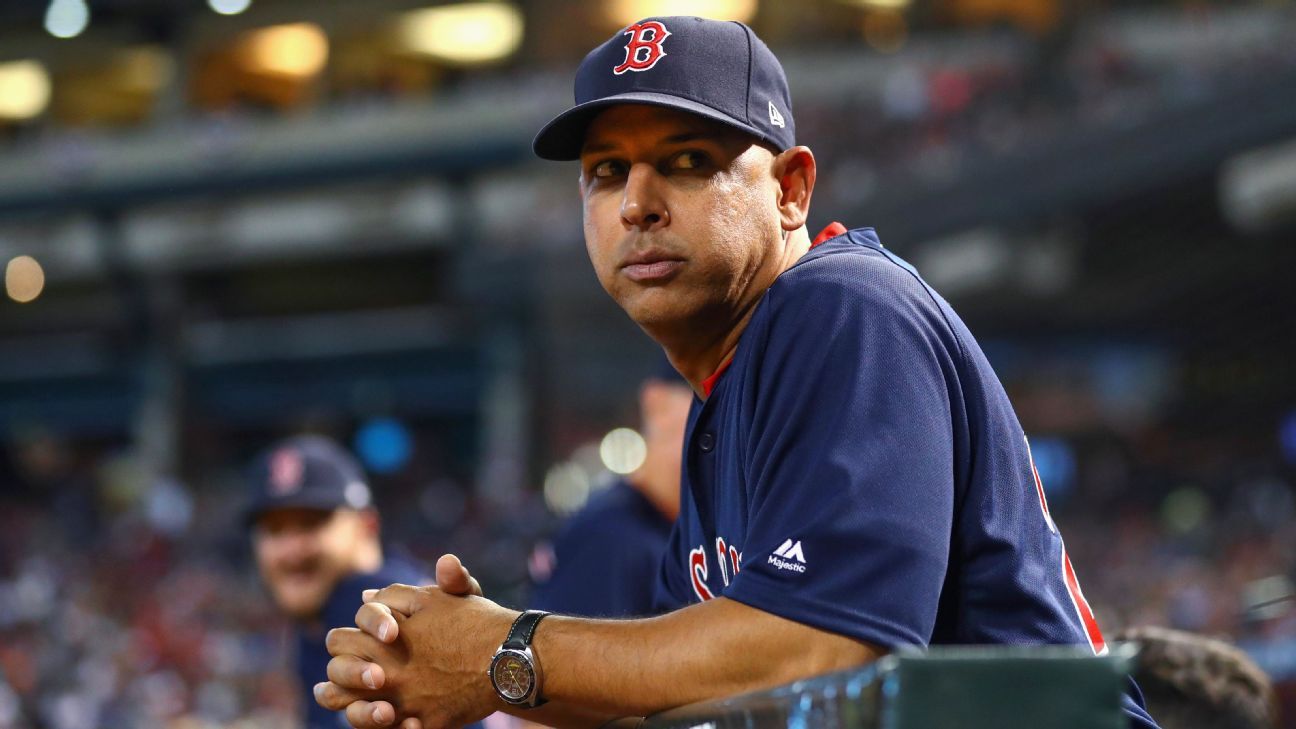 Nine months after the Boston Red Sox and manager Alex Cora parted ways following revelations about his involvement in the Houston Astros sign-stealing scandal, the two sides are back together.

A last-place finish in a season shortened by COVID-19 meant Ron Roenicke’s run as skipper wouldn’t continue into 2021. On Friday, Boston rehired Cora after his previous 27-month stint ended abruptly when he was implicated in Major League Baseball’s investigation. Cora had served as Houston’s bench coach in 2017.

The hire marks the end of a year of speculation about the team’s manager position, mostly centered around whether or not Cora would make a return to the team following his season-long suspension. Cora won a World Series title with the Red Sox in 2018 and became one of the most popular figures in Boston.

Though his time away from the team was brief, some things have changed. Here’s why the reunion will work, and why it might not.

Why it will work

He is popular with the players

Upon Cora’s dismissal in January, Red Sox players showed an outpouring of support. Among them, All-Star shortstop Xander Bogaerts — a clubhouse leader and one of the longest-tenured members of the team — made his feelings about Cora clear.

“I’ve talked to him a couple of times [since the news came out]. It’s just sad. It’s just sad that he won’t be our manager,” Bogaerts said two days after Cora was fired. “As I said, just the person that he was to us, there can’t be anyone in that clubhouse that has an issue with him or something bad to say about him.”

Red Sox left-hander Eduardo Rodriguez was also effusive in his praise. “My brother, more than my manager, you were a friend, a pana and advisor during these two years, I learned a lot from you, thank you for everything, thanks for those ear pulls as we say in Venezuela that were part of everything I learned from you,” Rodriguez posted on Instagram at the time. “I wish you the best in the world from now on for you and your family.”

Said infielder/outfielder Michael Chavis: “Alex has been so genuine and kind to me. It was my first time in the big leagues, obviously, and I was trying to learn as much as I can. I was nervous. He did a very good job of making me comfortable.”

He is popular among the fans in Boston

Fans have long clamored for the 45-year-old manager’s return at the conclusion of his suspension. And after Roenicke was fired and the search intensified, they took to social media to let the team’s chief baseball officer, Chaim Bloom, know it.

If Chaim Bloom doesn’t hire Alex Cora it’ll be the second worst decision the Red Sox made in 2020.

He knows how to handle the pressure of Boston

While he was creating a strong clubhouse culture and winning over fans, Cora also managed the voracious Boston media and the always pressure-packed expectations of Boston with aplomb.

While many players and managers (hello, Bobby Valentine) have struggled under both the local and national spotlight of Fenway Park, Cora kept his cool — and it didn’t hurt that he delivered a World Series title in his first season.

If there’s any front-office friction

Baseball’s front offices have embraced analytics in the 21st century. Diversity? Not so much. Joon Lee »

Throughout the 2020 season, Bloom danced around the topic of bringing back Cora.

“It was shocking and really sad because I had so much respect for Alex and I still do, and I know how much people here love him and just highly and rightly that they think of him,” Bloom told ESPN in August. “It was obviously a huge shock to know that we are in a different world and we are going to be moving forward with that one, and it does change a lot of things. At the same time, no one person is all of an organization.”

Bloom has done nothing but praise Cora’s managerial talent, but he will likely face questions about why the process of rehiring a popular skipper took as long as it did.

If the Los Angeles Dodgers‘ World Series trophy in 2020 didn’t serve as enough of a reminder, we’ll say it again: Mookie Betts is still no longer on the roster. The main difference in the talent on the 2019 team Cora left behind and the 2021 team he will manage next season is the absence of the superstar right fielder roaming the spacious greens of Fenway Park.

When the history of your team’s title drought is written decades from now, here’s who — or what — might be blamed for it. Sam Miller »

The trade of Betts angered Red Sox fans unlike any other in recent memory, as Boston shipped one of the most talented and popular homegrown players in franchise history to Los Angeles, where he immediately contributed to a championship. Bloom and his front office hope that the pool of talent received in return, including outfielder Alex Verdugo, will contribute beyond their salaries, while the lack of major money tied up with a single player like Betts will create more flexibility to improve the team.

No manager can single-handedly revamp a pitching staff

A manager can only do so much. As it stands, Boston faces a massive deficit in pitching talent. Ace Chris Sale is recovering from Tommy John surgery, while Rodriguez continues to recover from the effects of myocarditis, a heart condition he developed following his COVID-19 diagnosis.

In 2020, Boston finished with the third-worst team ERA in baseball — 5.58 — trailing just the Colorado Rockies (5.59) and Detroit Tigers (5.63). With his manager now in place, Bloom has a lot of work to do in bolstering the pitching staff for the team to again become a contender.