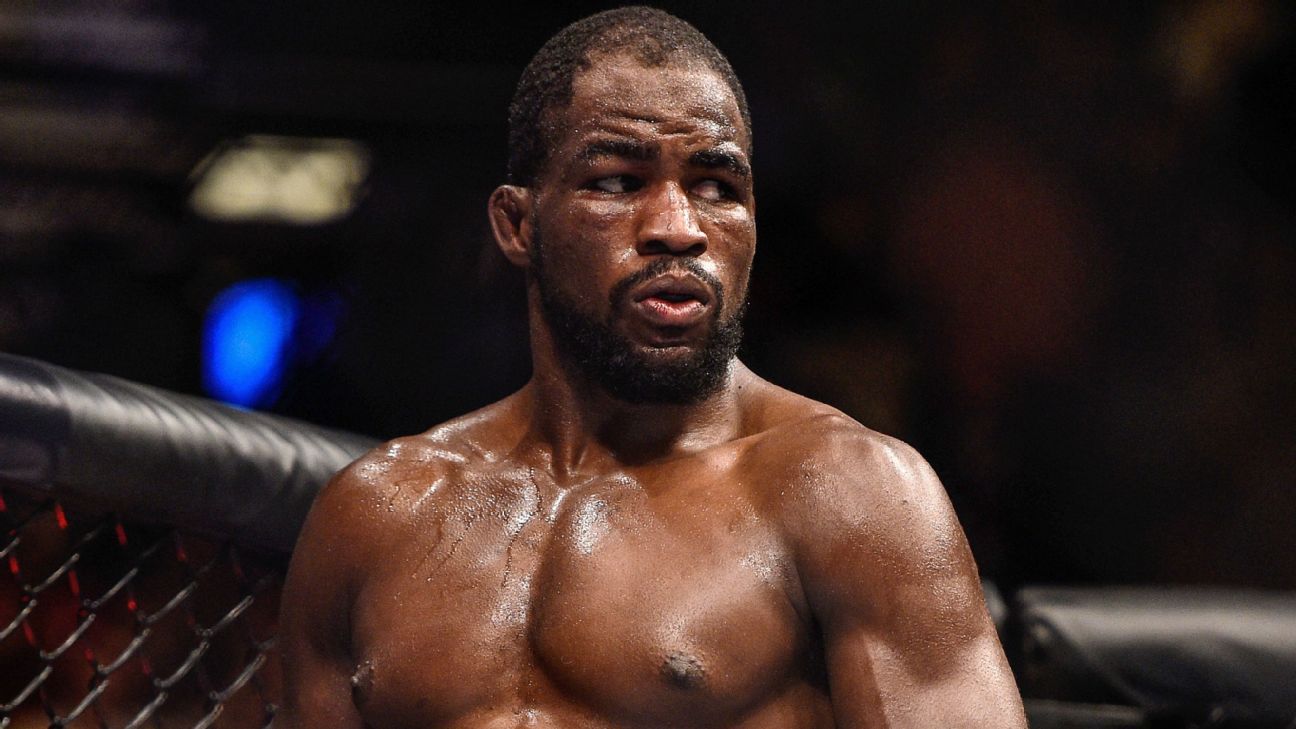 Corey Anderson‘s Bellator debut could not have gone more perfectly.

Anderson destroyed combat sports veteran Melvin Manhoef via TKO at 2:34 of the second round in the main event of Bellator 251 on Thursday night. The card took place in a bubble setting at Mohegan Sun in Uncasville, Connecticut.

Anderson, one of the top 205-pound fighters in the world, signed with Bellator in August unexpectedly after asking for and being granted his release from the UFC. After the debut victory, Anderson made it known he wants to be considered in the Bellator light heavyweight title picture. Vadim Nemkov is the current champion.

“Whoever has that strap, come see me,” Anderson said in his post-fight interview.

Anderson took Manhoef down to start the second round, got into top position and rained down punches and elbows. By the end, Manhoef was a bloody mess and referee Todd Anderson had to step in and stop it.

The fight was marked by Anderson’s dominance from start to finish. He took Manhoef down twice in the first round and landed solid ground-and-pound strikes. Anderson outstruck Manhoef 54-1, per the broadcast.

Anderson (14-5), 31, was the beneficiary of a showcase fight in his Bellator debut. The Illinois native comes into the promotion as one of the best pound-for-pound fighters on the roster.

Before joining Bellator, he was one win away from challenging for the UFC light heavyweight title but fell to Jan Blachowicz via knockout in February. Blachowicz ended up winning the UFC title vacated by Jon Jones by beating Dominick Reyes at UFC 253 in September. ESPN has Anderson ranked No. 5 in the world at light heavyweight.

Manhoef (32-15-1, 2 NC) had won two straight coming in. The Netherlands native is a well-seasoned MMA fighter and kickboxer who had his 50th career MMA fight Thursday night. Manhoef, though, is 44 and hasn’t had a win over elite competition in about five years.