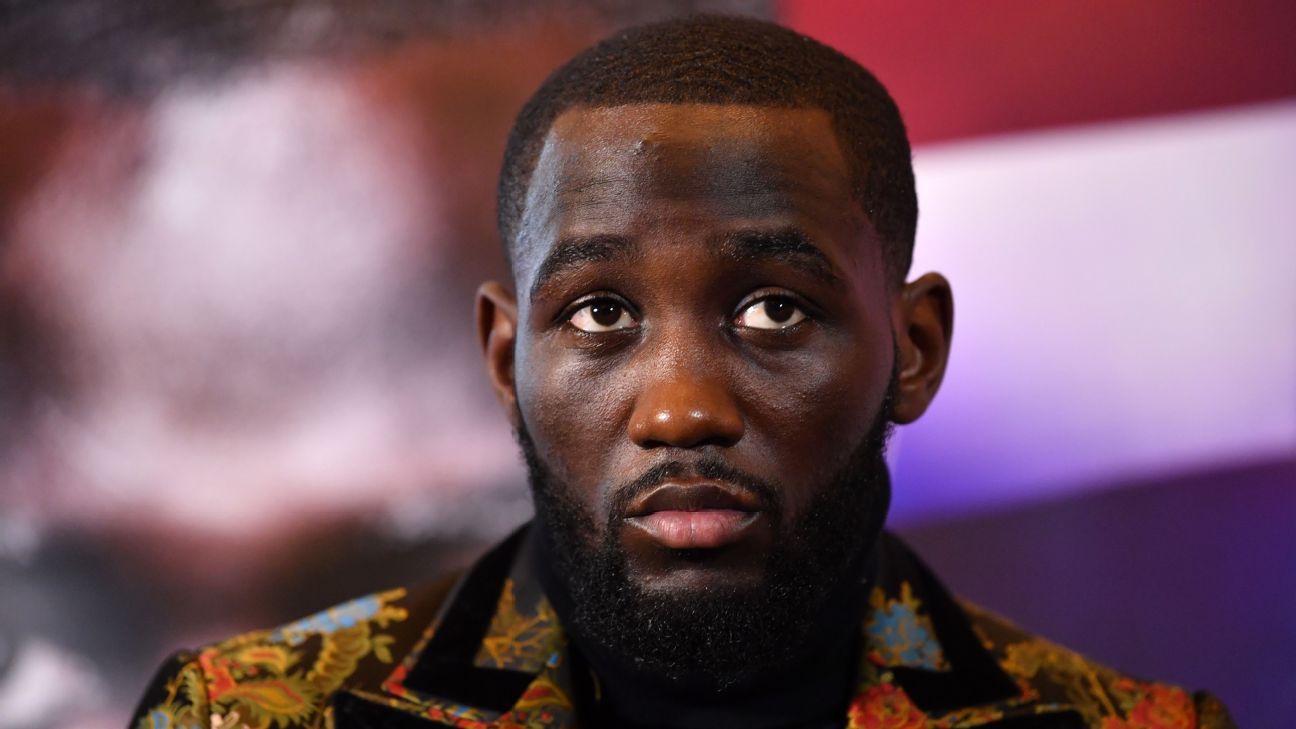 Terence Crawford (36-0, 27 KOs), ESPN’s No.1 pound-for-pound boxer, will showcase his skill set next Saturday against former welterweight titlist Kell Brook (39-2, 27 KOs), but many eyes around boxing are on what he will seek next provided he can handle business

Crawford and his team are aiming big.

Top Rank CEO Bob Arum told ESPN on Friday that he only has two names in mind for Crawford’s bout after Brook — WBA champion Manny Pacquiao or IBF and WBC champion Errol Spence Jr. — and plans to make one of them happen in the first half of 2021. Crawford, the WBO welterweight champion, told ESPN in April that his ideal fight plan would be to fight Pacquiao first and then Spence, but he would love to face them both.

“The next fight is going to be, as far as I can control things, we’re not going to fool around, it’s going to be Pacquiao or Spence,” Arum told ESPN.

Arum said they had a deal earlier this year for Crawford to fight Pacquiao (62-7-2, 39 KOs) in Qatar, but the country’s ministry of health backed out because of the COVID-19 situation. He anticipates revisiting that deal if the situation improves or there is a vaccine in 2021.

Arum indicated Crawford, Pacquiao and both promotion sides were happy with the money before the fight was squashed. He has little doubt that a bout could be made if they receive COVID-19 clearance in the Middle East next year.

Arum believes a Spence bout is less dependent on COVID-19 because it can be made in the United States. He suggested AT&T Stadium in Arlington, Texas, or Allegiant Stadium in Las Vegas as two options to have the fight with limited spectators and receive a good gate.

Spence (26-0, 21 KOs) will fight former two-division champion Danny Garcia (36-2, 21 KOs) on Dec. 5 on FOX PPV. If both Crawford and Spence win their fights, Arum can picture them squaring off in spring 2021. Arum said that Crawford wants increased revenue from the minimum on his Top Rank contract, and that will only come if he fights Pacquiao or Spence.

A Crawford-Pacquiao or Crawford-Spence bout in 2021 is exciting because it would quench the thirst of boxing fans who have spent years asking for these bouts. There’s little doubt either would one of the most anticipated fights of the year and draw plenty of viewers.

Arum said he isn’t worried that Crawford could leave Top Rank for PBC once his deal is up and noted that due to the money involved it was needed to be a two-promotion deal rather than PBC’s Al Haymon taking it on himself.

“It’s to everybody’s benefit for us to do it together,” Arum said. “If the fighters want guarantees, I think Haymon would be reluctant to face that bill himself. If it cratered, he would lose a lot money. This way he would have a partner in the money.”

Arum cited the Deontay Wilder-Tyson Fury bouts as evidence he could get a deal done with rival Haymon. In that bout, Arum revealed that ESPN+ revenue accounted for 1/3 of all PPV buys — another example of why he believes that a Spence-Crawford bout can’t happen without Top Rank and its exclusive ESPN contract. He says the pandemic has changed things in regards to promoters playing hardball, and he believes both sides would be motivated to make Spence-Crawford happen.

“That’s yesterday’s news. Nobody is icing out anybody. He’s not icing us out. We’re not icing him out,” Arum said. “Everybody is working together. You have to cooperate to make the money.”