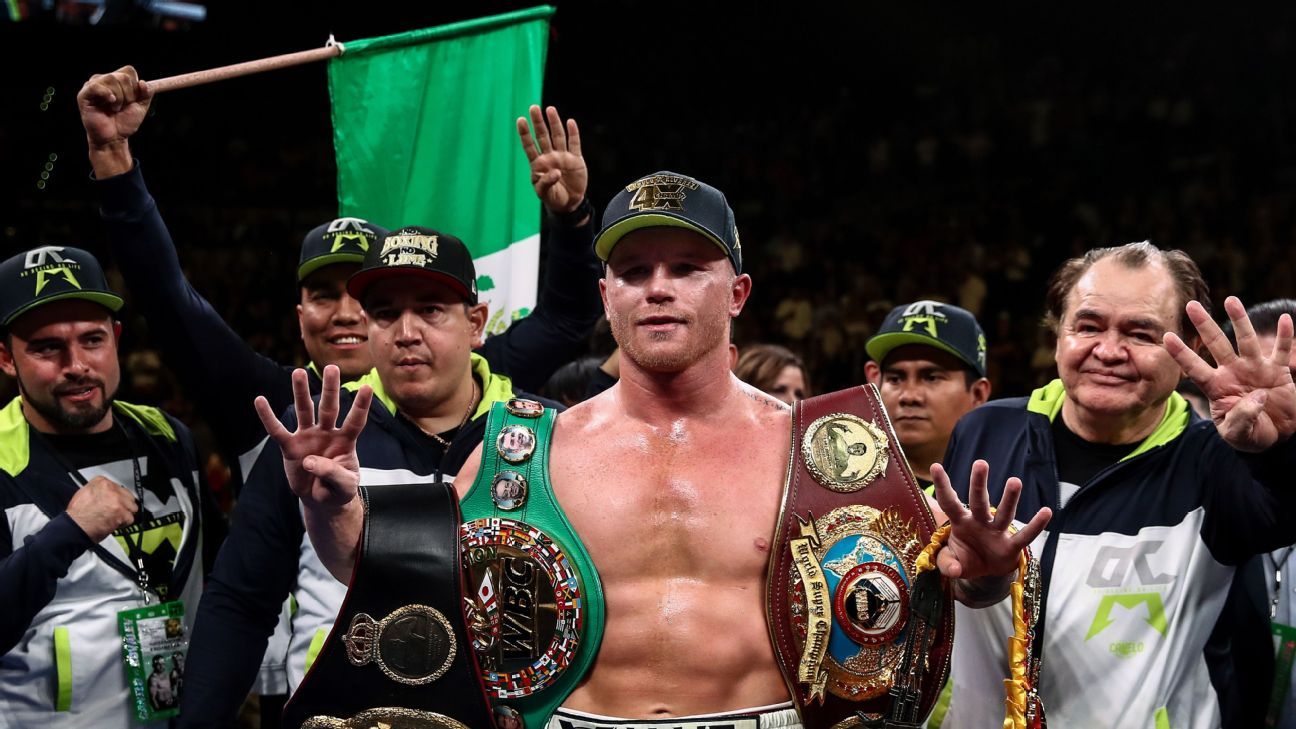 The market value of one of boxing’s superstars is about to be tested.

On Friday, Canelo Alvarez announced a separation from Golden Boy Promotions, setting the stage for perhaps the most lucrative run of his career. That’s saying something considering he signed an 11-fight deal with streaming network DAZN in 2018 that was estimated to be worth $365 million just two years ago.

Alvarez will never see the end of that contract after the disagreement between himself, DAZN and Golden Boy proved to be irreparable. However, he could end up with something better — a situation that enables Alvarez to set his own price for the rest of his career.

Alvarez is poised to follow in the footsteps of Floyd Mayweather, the sport’s previous pound-for-pound king who commanded massive purses when fighting a couple of times a year. Now that he’s out of his Golden Boy contract, the 30-year-old Alvarez is free to forge whatever path he desires as he looks to cement his legacy as one of the best fighters in boxing history.

So with that being said, what’s his best option? Let’s take a look at the top four and see how they fit.

Let’s go ahead and get this out of the way. Yes, Matchroom has built plenty of momentum in recent years as Eddie Hearn’s outfit has proven to be successful both in Europe and in the United States. Heavyweight champion Anthony Joshua still remains one of the world’s most notable athletes and his continued success will be big for the promotional company.

But it is highly unlikely there will be a partnership between Matchroom and Alvarez. DAZN is Matchroom’s primary network. Matchroom has a great list of potential opponents for Alvarez — Billy Joe Saunders (Alvarez’s tentative opponent before the pandemic), Demetrius Andrade, Callum Smith and yes, even Gennadiy Golovkin.

And that’s the big downside of this Alvarez-Golden Boy split. Unless those on both sides are willing to swallow their pride, some of the best matchups in the sport are likely off the table.

This is a strong option for multiple reasons. Fighters such as Teofimo Lopez and Terence “Bud” Crawford have benefited from an enhanced profile due to the Top Rank/ESPN partnership, and Alvarez could benefit from that exposure as well.

Top Rank also has some good opponents to offer Alvarez. At middleweight, guys such as WBA “regular” titlist Ryota Murata and former titlist Rob Brant are decent options. If Alvarez wants to go all the way up to 175 pounds, there’s a strong group that features WBC and IBF titlehodler Artur Beterbiev, who could be the toughest available opponent for Alvarez.

But moving up to that weight class is a pretty big risk to take for someone who is looking to establish a new start. Top Rank has lesser, but still competitive fighters at 175 like Eledier Alvarez, Jesse Hart and Michael Seals. But aside from Beterbiev, Top Rank doesn’t have any lucrative options for Alvarez.

If Alvarez goes to Al Haymon’s PBC, it will be hard to blame him. Sources have already told ESPN’s Salvador Rodriguez that Alvarez is targeting PBC fighter Caleb Plant for his next bout. The PBC stable offers the deepest range of fighters for Alvarez moving forward and if nothing else, does a good job of promoting its fighters. Sergiy Derevyanchenko and Daniel Jacobs, who fought Alvarez in 2019, could make for exciting fights.

But nothing is arguably bigger than a potential showdown against undefeated WBC titlist Jermall Charlo, who dominated Derevyanchenko in September. After Charlo had the best performance of his career, he proved he could be a worthy foe for Alvarez if Alvarez is willing to make that happen. If not, there are several other fighters whose notoriety outperforms their ring talent, which will produce winnable and intriguing bouts.

This makes the most sense for Alvarez. At this point in his career, he doesn’t need to be tethered to any promoter. His star power has exceeded even the likes of any promotional company in the business. There’s no reason for Alvarez to limit his future opponents to whatever boxing’s politics will allow, or split purses with more people. Mayweather set the blueprint for fighters who have the rare combination of elite craftsmanship and showmanship when he opted to promote himself.

In this scenario, Alvarez has a chance to be even more lucrative than Mayweather. Alvarez doesn’t have any legal troubles outside the ring that make him unpalatable to big companies. While Mayweather had Fortune 500 companies sponsor his fights, the former pound-for-pound king was light on additional sponsorships. Alvarez, on the other hand, already has a sponsorship deal with Heineken which has rallied behind him through commercials and billboards promoting Mexican beer company Tecate.

No matter what route Alvarez picks, he’ll have full say over what happens over the rest of his career. And rest assured, he’ll be looking to cash in and make the most of his time as boxing’s biggest star.