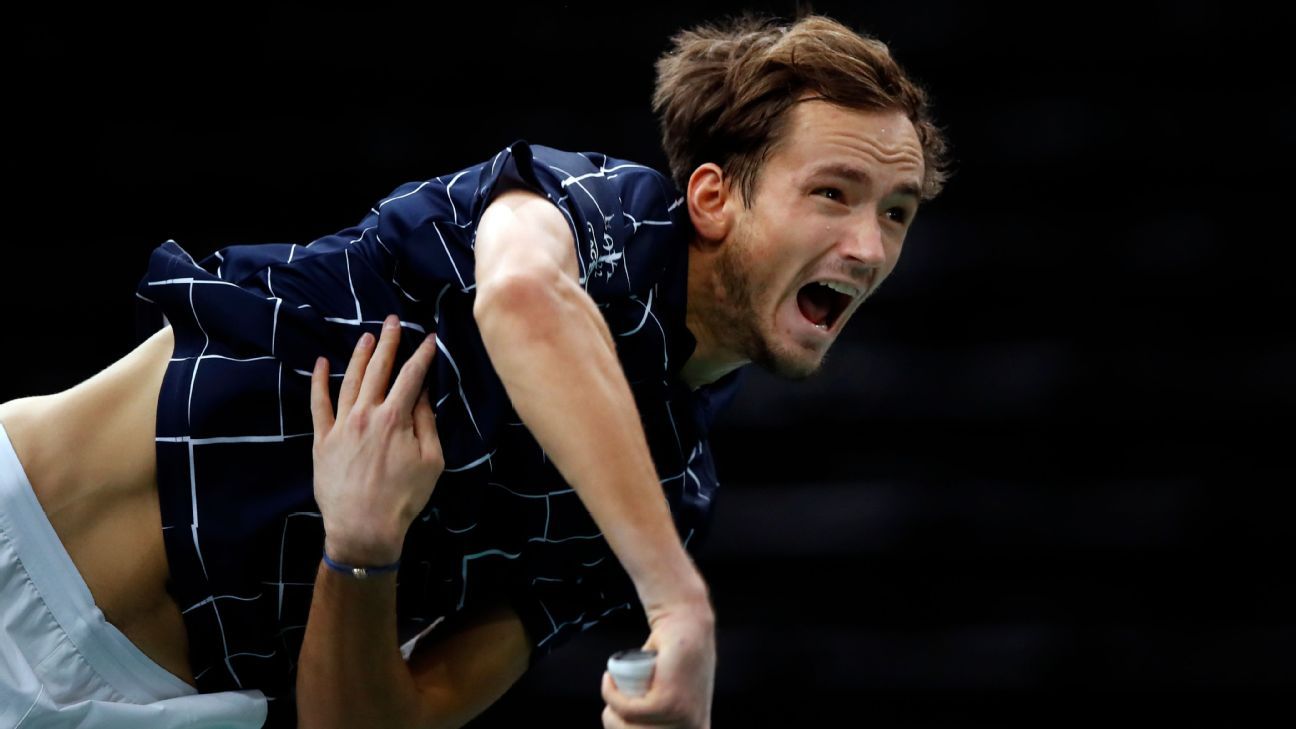 PARIS — Diego Schwartzman missed securing a place in the season-ending ATP Finals after losing to Daniil Medvedev 6-3, 6-1 in the Paris Masters quarterfinals on Friday.

A semifinal berth would have sealed the last place at the finals in London from Nov. 15-22.

Schwartzman remained favored to qualify, however, because Pablo Carreno Busta needs to win this tournament and the Sofia Open next week in Bulgaria, or win here and lose the other final to anyone but Schwartzman.

Medvedev, the 2019 U.S. Open runner-up, was first on court and off just one hour later.

“The level today was really good, so that’s a level I want to be all the time,” he said. “But it’s impossible in tennis.”

The big-hitting Russian did not face a break point and was near perfect on first serve winning 27 of 28 points. He was clinical, too, breaking Schwartzman twice in each set.

“Against Daniil, you have to put every single point, 15, 20 balls, not trying to do winners quickly,” said Schwartzman, who has lost all four career matches against him. “I didn’t have the patience to do it today.”

The Canadian saved the match points in a nail-biting tiebreaker, then concluded on his second match point with his 25th ace.

Humbert missed a big chance at the start of the deciding set, failing to punish Raonic when he was 0-40 down on serve.

Then, Humbert led 5-1 in the tiebreaker and earned match point when Raonic’s forehand went long. But Raonic held his nerve to save it with a forehand winner at the net following a long rally, and saved the second match point with a strong serve that Humbert patted into the net.

After Humbert saved match point at 7-6, he fluffed a routine backhand down the line to make it 8-7 to Raonic, who let out a loud shout after an ace.