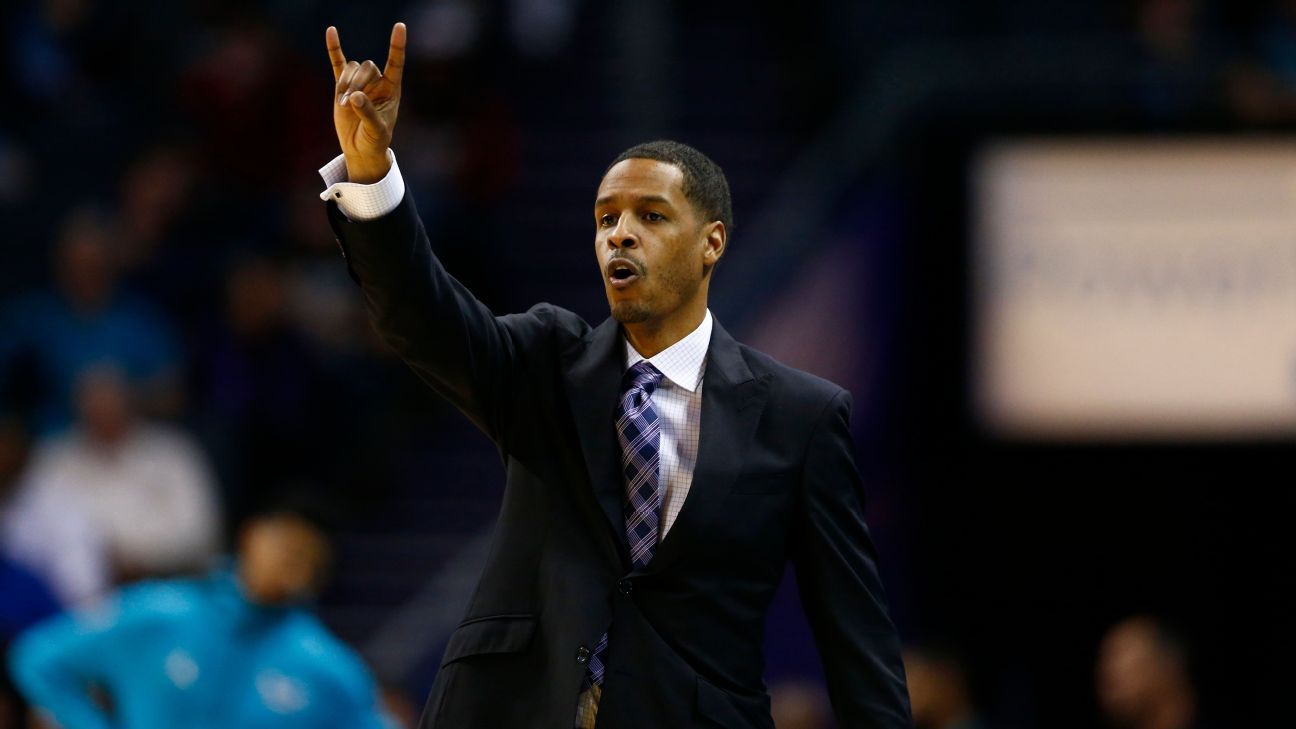 After an offseason of major change for the Houston Rockets, the team’s new general manager and head coach emphasized that the franchise’s primary goal remains the same: Chase a championship with a roster that features perennial MVP candidate James Harden as the franchise centerpiece.

“For the last eight years or so, our goal has been to win a championship because we had James Harden,” general manager Rafael Stone, a longtime Rockets front office employee promoted after Daryl Morey’s resignation, said during a virtual news conference to introduce recently hired head coach Stephen Silas. “We’ve still got James Harden. Our goal is still to win a championship, and if you’ve got him, you’re halfway there.

“It’s incumbent on me and Stephen and the whole team to figure out the rest of the whole, but the key piece is there.”

Silas, 47, whose two decades of experience as an NBA assistant coach include most recently serving as Rick Carlisle’s offensive coordinator with the Dallas Mavericks, was selected from a pool of candidates the Rockets interviewed to replace Mike D’Antoni.

D’Antoni, who opted not to attempt to return to the Rockets after his contract expired at the end of the season, left Houston with a franchise-record .682 winning percentage, having gone 217-101 over four regular seasons. The Rockets won at least one playoff series in each season under D’Antoni, advancing to the 2018 Western Conference finals.

Silas, who confirmed that former head coach John Lucas would return to the Rockets’ staff after being a finalist in Houston’s head-coaching search, embraces the expectations that come with inheriting a roster that features a pair of recent MVPs in Harden and Russell Westbrook.

“For me, it being my first head-coaching experience and being in a win-now situation, that’s great,” Silas said. “I’m a win-now coach. To not have to deal with growing and all that type of stuff, to think championship right away, is exciting for me. And I’m prepared for it and ready for it.”

Silas, who had discussions with Harden and Westbrook as part of the interview process, said he plans to make “tweaks” but not major changes to Houston’s unique offensive system. The Rockets rely heavily on isolations — bucking the leaguewide trend — primarily because Harden is arguably the best one-on-one player in NBA history.

According to NBA.com, Harden has had more isolation plays than any other team in each of the past two seasons. He averaged 14.1 isolation possessions per game last season — the Rockets (22.6) and Portland Trail Blazers (11.2) were the only teams to average double-digit isos per game — and produced 1.12 points per possession on those plays. Westbrook (7.4 isos per game, 0.87 points per possession on those plays) ranked second in the league in isolation usage.

“They were sixth in offense, and for me to come in and make wholesale changes, that doesn’t make sense to me,” Silas said, referring to the Rockets’ rank in offensive efficiency with an average of 112.5 points per 100 possessions. “What I will do is try to make it a little bit easier on those guys, put in a few little actions that will make the defense have to make decisions and make them a little bit harder to guard. Be a little bit more versatile on the offensive end and, again, let those guys to their strengths, but make tweaks here and there so we can make that jump from the sixth-best offensive team to first [or] second-best offensive team. Hopefully, playing up the floor, letting those guys pass ahead and attack defenses before they’re set, getting defenses on the move early in possessions and keeping them on the move, that sort of thing.

“Not so much kind of stand around and iso kind of stuff, even though there will be that and there will be times for that, because that’s what [Harden and Westbrook] do well. I’m not going to take away from what they did well as a group. I’m just going to add to it and enhance it.”

Stone said he anticipates a roster with “more optionality” entering next season after the Rockets played exclusively small ball following the four-team trade in February that brought forward Robert Covington to Houston at the price of center Clint Capela and a first-round pick.

“We’re definitely not going into this offseason saying, ‘We don’t want anyone over 6-7,'” Stone said. “We want really good basketball players.”

Stone said the Rockets didn’t necessarily plan to play small all the time last season, but they ended up there because they prioritized talent. Sources have told ESPN that the Rockets hoped to trade for a backup big man after dealing Capela and committing to 6-foot-5 P.J. Tucker as their starting center and were particularly optimistic regarding ultimately fruitless talks with the Oklahoma City Thunder about Nerlens Noel, a free agent this offseason.

Houston has limited flexibility due to a payroll, anchored by max contracts for Harden and Westbrook, that is already pushing up against the luxury tax, which owner Tilman Fertitta has declared he’s willing to pay if necessary for moves that improve Houston’s title odds. Stone said the Rockets, as they always were during Morey’s 14-year tenure running the franchise’s basketball operations, would be aggressive within the parameters of the salary cap.