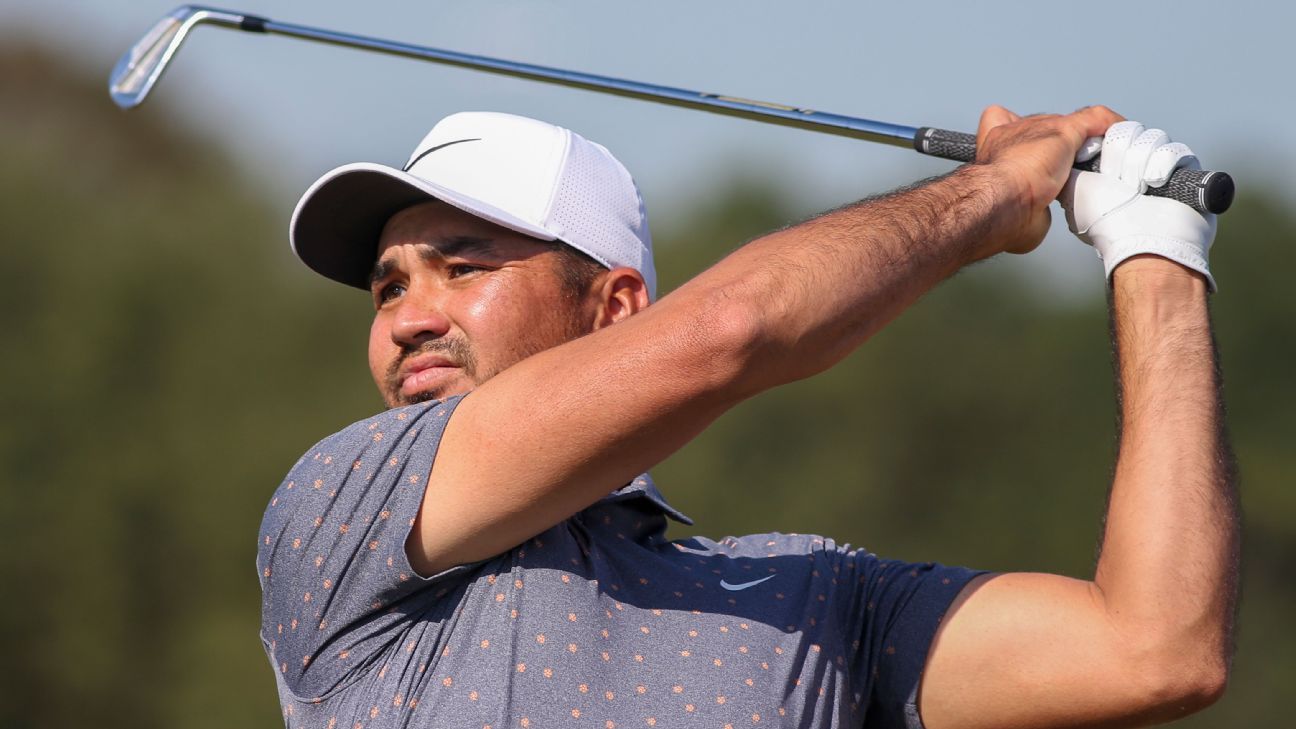 HOUSTON — Jason Day was back in contention on the eve of the Masters after two eventful days alongside Phil Mickelson.

Winless in 2 1/2 years and fighting lingering back and neck problems, Day shot a 2-under 68 on Friday in the Houston Open to pull within two strokes of second-round leader Sam Burns at difficult Memorial Park.

Day watched Mickelson hit into the water twice en route to an 8 on the par-3 ninth, then hole out from 193 yards for eagle on the par-4 18th. Lefty missed the cut, following an opening 76 with a 73.

“He kind of left himself in some pretty tough positions, and you’re just struggling the whole day,” Day said. “It’s one of those courses where you’ve just got to be patient and try to get your birdies when you can.”

Day had three birdies and a bogey.

“It’s one of those courses where you can walk off kind of shaking your head even though you play some good golf,” Day said. “I was chatting to Phil about that on the second hole today because he went out there and hit a nice 9-iron, pulled up short, rolled away off the green and you’ve got a 60-footer putting back up that hill. It’s one of those golf courses where it can be a little bit frustrating at times, so just got to kind of be smart about it.”

Day was in contention three weeks ago in Las Vegas in the CJ Cup when the neck problem forced him to withdraw early in the final round. A 12-time PGA Tour winner, he returned the next week at Sherwood to tie for 60th and took last week off.

“It’s been very inconsistent, obviously, because I’m trying to change my swing a little bit just to try and help the back out,” Day said. “I guess I’m stuck in between patterns right now, what I want to feel, my body just won’t handle it and sometimes it just compensates elsewhere. That’s why it happened to my neck at CJ.”

Burns birdied all three par-5 holes in a bogey-free 65 to reach 7 under.

“It takes a lot of discipline around here,” Burns said. “You get out of position, you just try to get it back to where you can get it up-and-down or get it in a section of the green where you can lag putt it. Fortunately, early we got some good looks and I was able to convert, so solid.”

Winless on the PGA Tour, Burns, 24, also took a two-shot lead into the weekend in the season-opening Safeway Championship in September. He ended up tying for seventh that week at Silverado.

“I think slowing down a little bit, really talking through the shot with [caddie Travis Perkins] and making sure we have a clear picture of what we’re trying to do,” Burns said. “I think that was really helpful to learn that.”

Carlos Ortiz of Mexico had a 68 to match Day at 5 under.

“Didn’t drive it as good today as I did yesterday, and that’s going to put you behind the 8-ball here,” Snedeker said.

Top-ranked Dustin Johnson followed an opening 72 with a 66 to get to 2 under in his return after a positive coronavirus test knocked him out of the CJ Cup and Zozo Championship.

“It was very solid today,” Johnson said. “I felt like I played pretty well yesterday, just a little rusty. … I swung it pretty well, just hit a couple bad iron shots. But I think that was more just from not trusting what I was doing, just from not being out there. But today did a lot better, hit a lot of really nice iron shots and felt like I managed my game very well, drove it well, hit a lot of quality shots.”

The tournament — at public Memorial Park for the first time since 1963 — is the first domestic PGA Tour event to have fans since March. Tickets are capped at 2,000 a day.

Brooks Koepka was 2 over after a 70 on the course where he served as a consultant on architect Tom Doak’s renovation. Koepka is playing for the second time since a two-month layoff to heal injuries.

Jordan Spieth, playing alongside Koepka, missed the cut with rounds of 73 and 71.