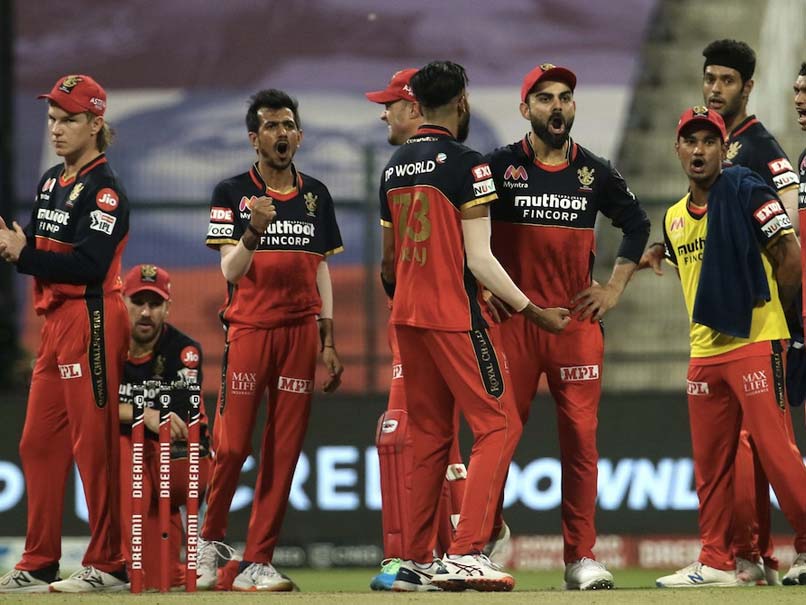 Royal Challengers Bangalore (RCB) were knocked out of IPL 2020 season, after losing to SunRisers Hyderabad (SRH) in the Eliminator on Friday night. RCB’s trophyless run in the Indian Premier League (IPL) continued with the team yet to get their hands on the coveted prize. England women’s team cricketer Alexandra Hartley, who seems to be a RCB fan, took to Twitter to express her disappointment at the team’s exit. She, however, had a poignant question, one many RCB fans would be asking — “Will we ever win a title?”

While many RCB supporters identified with Hartley, her England teammate, Kate Cross decided to have some fun.

In response to Hartley’s “Will we ever win a title?” post, Cross shot back by posting a picture of MS Dhoni in CSK jersey, with the words “Definitely Not” emblazoned on it.

We made one hell of a game out of it. @RCBTweets

At the toss of Chennai Super Kings’ final IPL 2020 game, commentator Danny Morrison asked Dhoni, “will this be your last game ever in yellow?” The CSK skipper was quick to respond and gave an emphatic two-word answer — “Definitely not”.

Dhoni’s emphatic reply went viral on the Internet and now has even been made into a meme.

For RCB, though, this is no laughing matter. The team is yet to win an IPL title, and that must be frustrating for captain Kohli, team management and the owners.

This season RCB had a brilliant first half, and for much of IPL 2020, were the team to beat along with Mumbai Indians and Delhi Capitals. However, towards the end, the results took a turn for the worse, and four consecutive losses left them on the brink.

They, however, scraped into the playoffs on Net Run-Rate (NRR), a far cry from the team that looked unbeatable at one stage. The end too was disappointing as the famed batting lineup failed to come to the party when it mattered most, meaning RCB exited the tournament on the back of five straight defeat.