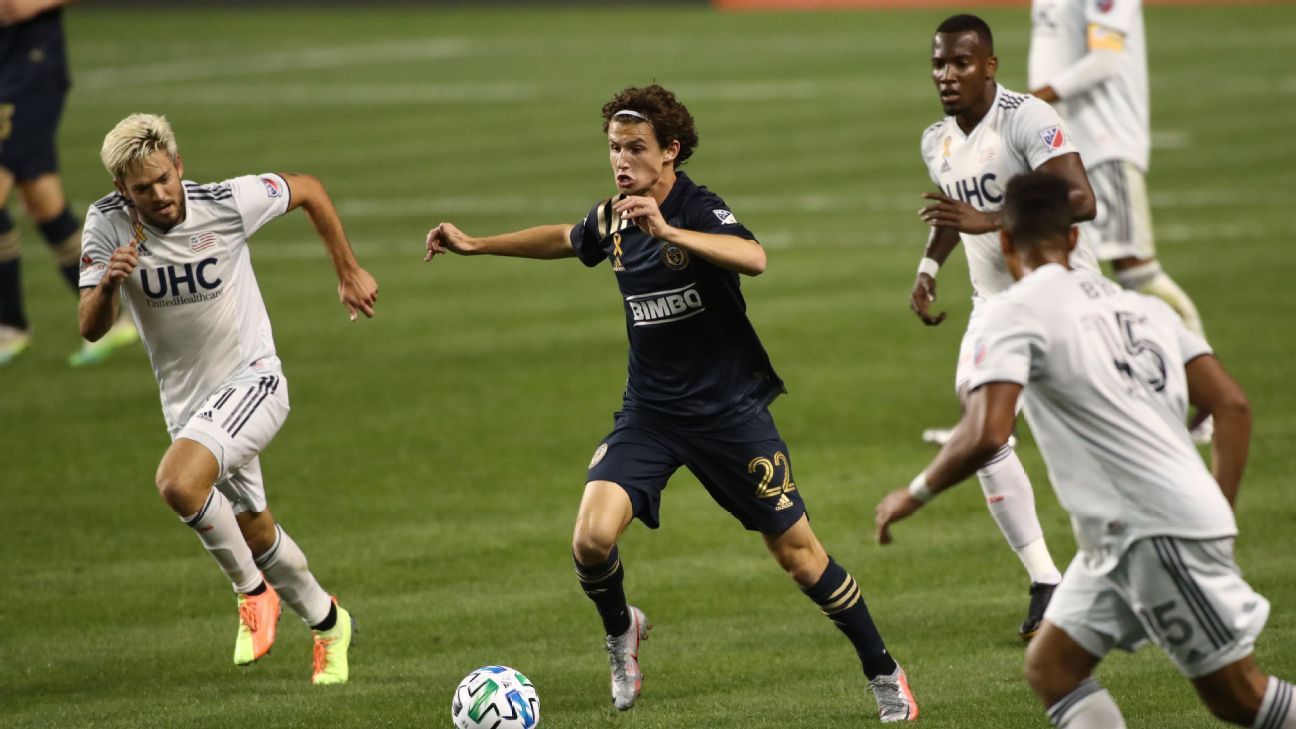 MLS Decision Day is upon us. For the league, simply getting to this point is an achievement amid the COVID-19 pandemic, though we’ll see how the MLS Cup playoffs themselves fare.

There is a trophy on the line as well as postseason spots and seeding to be determined in the generously expanded playoffs that has 10 qualifiers from the Eastern Conference and eight in the West.

Here’s how things are shaking out heading into the weekend.

Wednesday’s results, which included the Columbus Crew SC‘s 2-1 defeat to 10-man Orlando City SC as well as the Portland Timbers 1-0 loss to the Colorado Rapids, means that only the Philadelphia Union and Toronto FC remain in contention for the Supporters’ Shield. (Orlando could catch both on points, but would lose out on the wins-per-game tiebreaker.)

The Union had a chance to lock up the trophy last week, but fell on the road 2-1 to the Crew, while TFC did its bit by beating Inter Miami CF, 2-1. Still, Philadelphia remains in control of its Shield destiny. All Philadelphia needs to do is match or better Toronto’s result, and it will claim the first trophy in its history.

Both teams have tricky tasks ahead of them. The Union will host the New England Revolution at home while Toronto will travel to Harrison, New Jersey to take on the New York Red Bulls. Of the two, Philadelphia would seem to have a slight advantage. In three previous meetings, the Union have secured two wins and a draw, while Philly is also a perfect 8-0-0 at home this season. And yet the Union doesn’t have everything going its own way.

Goalkeeper Andre Blake is out with a broken wrist, and while Joe Bendik did what he could to step in against the Crew, he didn’t reach the level of the man he replaced. That will need to change come Sunday. Midfield wrecking ball Jose Martinez could make a return, which would give manager Jim Curtin a huge boost.

New England also appears to be healing up at the right time, with the Designated Player triumvirate of Carles Gil, Gustavo Bou and Adam Buksa all healthy.

There’s also the not-so-small matter of history. The Union have been on the cusp of some signature wins, reaching the U.S. Open Cup final in 2014, 2015 and 2018, only to come up short. Claiming the Shield on Sunday would be a breakthrough moment for this side.

As for Toronto, the Reds are a bit dinged up as well, with Jozy Altidore, Pablo Piatti and Justin Morrow all out for the match against the Red Bulls. The two teams tied 1-1 in their only regular season meeting this year, but the additional hardships TFC has had to endure this season — including having to play some of their home games in East Hartford, Connecticut — has steeled the Reds to a degree.

Given manager Greg Vanney’s impassioned comments about the Shield when it looked like it might not be awarded this season, there’s no doubt Toronto will be plenty motivated. But so will the Red Bulls, who will be keen to obtain a first-round bye when the playoffs begin later in November.

Herculez Gomez explains why Javier ‘Chicharito’ Hernandez will be staying with the LA Galaxy despite his poor play.

Mostly settled in the West

Leave it to the team that most personifies chaos to actually bring some order to the playoff race in the Western Conference. The midweek results mean that the postseason participants are all locked in thanks to the San Jose Earthquakes 3-2 win over LAFC, a victory that completed the Quakes’ transformation from conference doormat to playoff qualifier for the first time since 2017. Their chaos-fueled approach will bear watching, win or lose.

The Rapids deserve huge credit as well, rallying for a pair of victories and qualifying for the postseason after a COVID-19 outbreak threatened to upend their campaign and resulted in a significantly reduced schedule. The two wins over the Seattle Sounders and the Timbers meant that even if the league had used total points — and not points per game — to decide the league standings, the Rapids still would have qualified.

That means that all that’s left to decide in the West is positioning. Sporting Kansas City has the inside track to claim the top spot in the West. A win over a Real Salt Lake team with nothing to play for other than pride will do the trick, though both Seattle and Portland are still in contention.

There is also incentive to grab home-field advantage for at least the first round. On that count, the match between Minnesota United FC and FC Dallas is the most intriguing given that the Loons are right behind Dallas in the standings, though LAFC and the Rapids could jump into the top four.

The drama is in the East

Beyond the quest for the Supporters Shield, most of the attention in the Eastern Conference will be on the Demolition Derby set to take place for the final two playoff spots, where five teams — the Montreal Impact, Chicago Fire, Atlanta United FC and D.C. United — are still in contention for the postseason.

It’s a wonder that any of these teams is still in the hunt, but MLS’s postseason generosity is ever-expanding. It’s possible one of the qualifiers could have a points-per-game average of 1.0, a dubious mark that would break the post-shootout record of 1.1 set by the 2004 New England Revolution.

Montreal and Chicago control their respective fates, with the Impact taking on a D.C. side that was seemingly spent some weeks ago, but has been rejuvenated under interim manager Chad Ashton. Winger Paul Arriola could make a shock return from ACL surgery earlier in the year, aiding the Black-and-Red’s long-shot bid. Chicago faces a difficult task in facing an in-form New York City FC side, especially after blowing a two-goal lead in midweek against Minnesota.

It’s embarrassing for Atlanta United to even be in this position given the heights it scaled during its first three seasons, but there they are, needing a result against Columbus to have any hope of reaching the postseason. And yes, Inter Miami is still in contention as well with probably the easiest assignment of any of the contenders: a home date with FC Cincinnati.