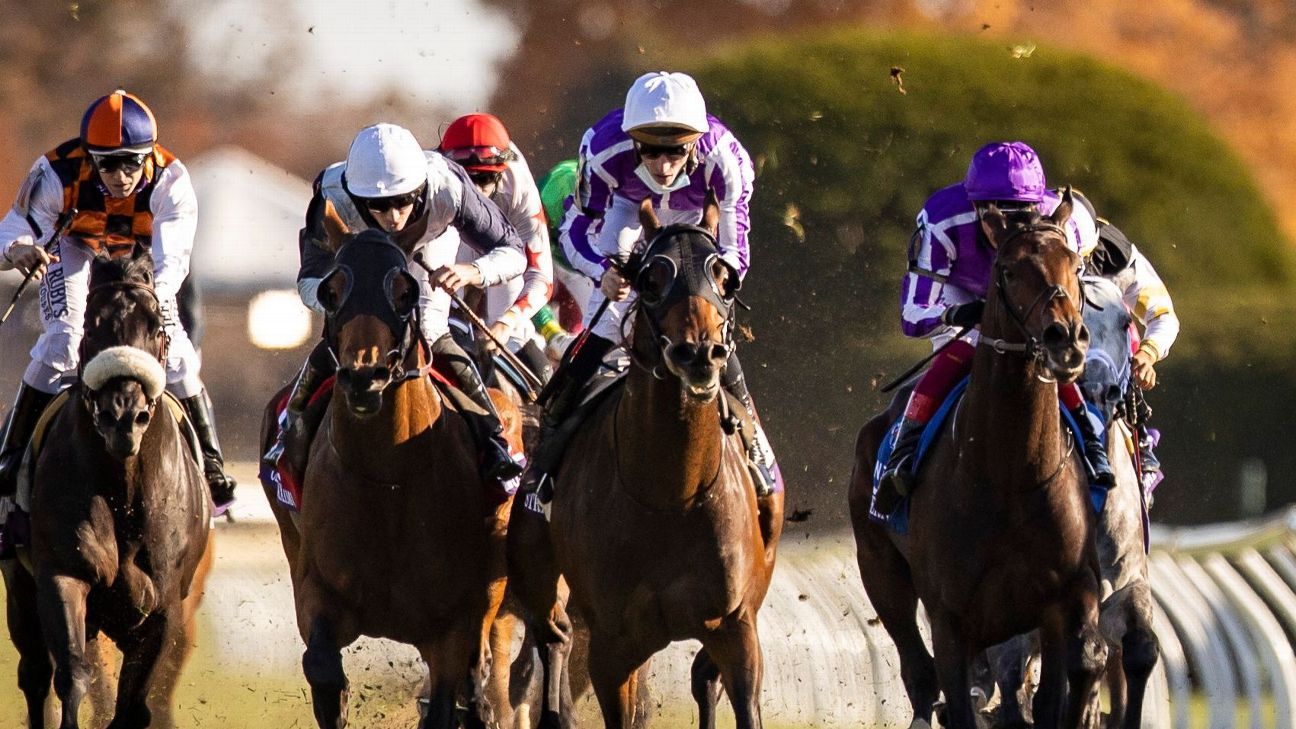 LEXINGTON, Ky. — Order of Australia, a 73-1 longshot who was in the race following a scratch and with a substitute rider aboard, won the $2 million Breeders’ Cup Mile by a neck over Circus Maximus at Keeneland on Saturday.

The Irish-bred colt entered the 15-horse field after One Master was scratched. Jockey Pierre Charles Boudot was riding in place of Christophe Soumillon after he tested positive for COVID-19 this week.

Order of Australia started from the far post and quickly moved into contention before running second entering the stretch. He overtook Halladay and held off charging Circus Maximus for the win, with Lope Y Fernandez hird to complete a 1-2-3 sweep of entries for trainer Aiden O’Brien.

It was the second Cup win Saturday for Boudot, who rode 17-1 French bred Audarya to victory in the Filly & Mare Turf.

The Mile was part of the lead-up to the $6 million Breeders’ Cup Classic at the $31 million season-ending championships.