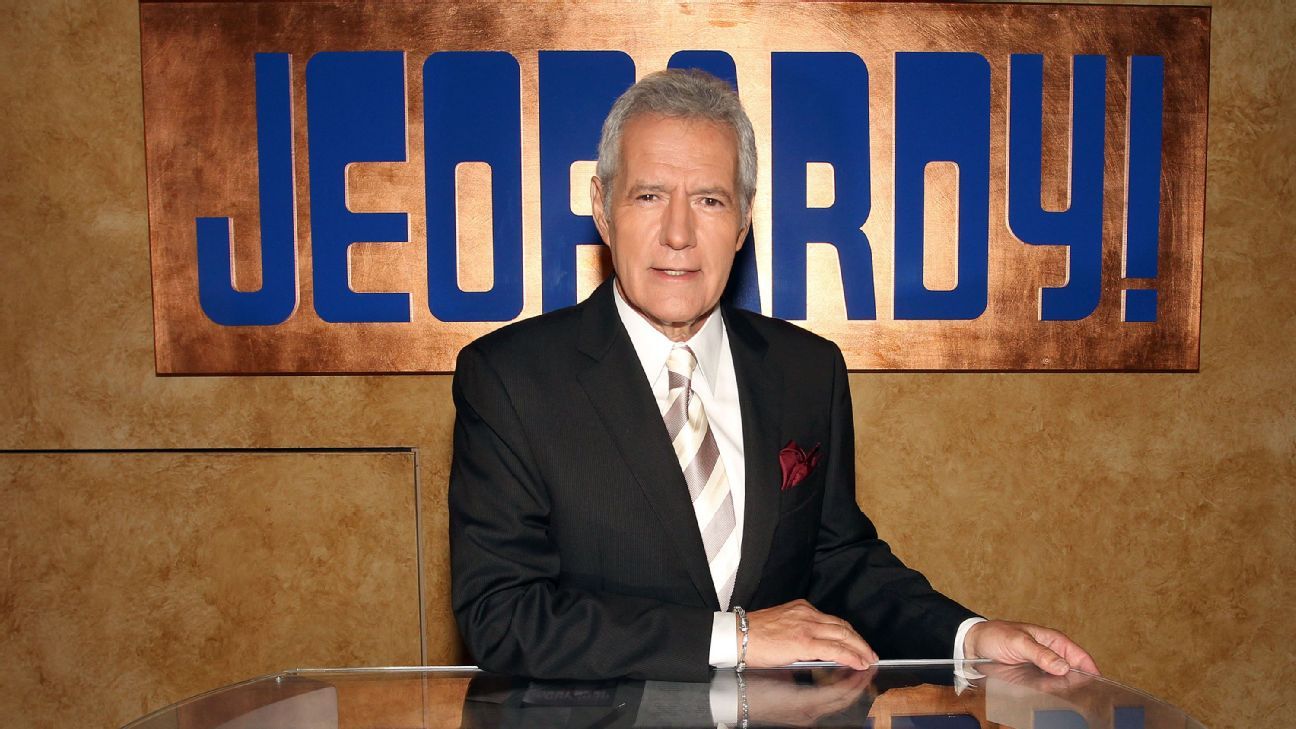 Alex Trebek, the longtime host of “Jeopardy!”, has died after a battle with pancreatic cancer.

Trebek, who was 80, hosted the quintessential quiz show for 37 years and nearly 8,000 episodes, and won 35 Emmy Awards and a Peabody.

Beyond that, the nightly ritual of the show and the sports trivia that was occasionally a part of the show made it a favorite with athletes and sports fans. Here are some of the reactions to Trebek’s death:

Jeopardy host Alex Trebek has died at the age of 80.

He gave us some incredible memories of the years.

😭😭 6p weeknights will never be the same. So many great memories and thankful to have met him ❤️ # https://t.co/W6TLqJy2Ug

Forever one of our coolest moments right here.

Sad to hear Alex Trebek has passed away… I’d like to think everyone had a chance to watch him on Jeopardy. He will surely be missed. What an icon!

Rest in Peace Alex Trebek. Thank you for instilling in me the love of learning. 🙏🏾🐐 #GOAT

The Ottawa REDBLACKS mourn the loss of Alex Trebek, a Canadian icon and king of trivia.

Our condolences go out to Mr. Trebek’s family, friends, and fans all over the world❤️ pic.twitter.com/Gqboemp0jx

I never met Alex Trebek. It still feels like a long time friend has passed. Maybe not a best friend, but an acquaintance I was very fond of.🙏 #ripalextrebeck pic.twitter.com/rqyJZ9pasA

Alex Trebek has passed-away at the age of 80 after a long battle with pancreatic cancer.

This clip is everything.