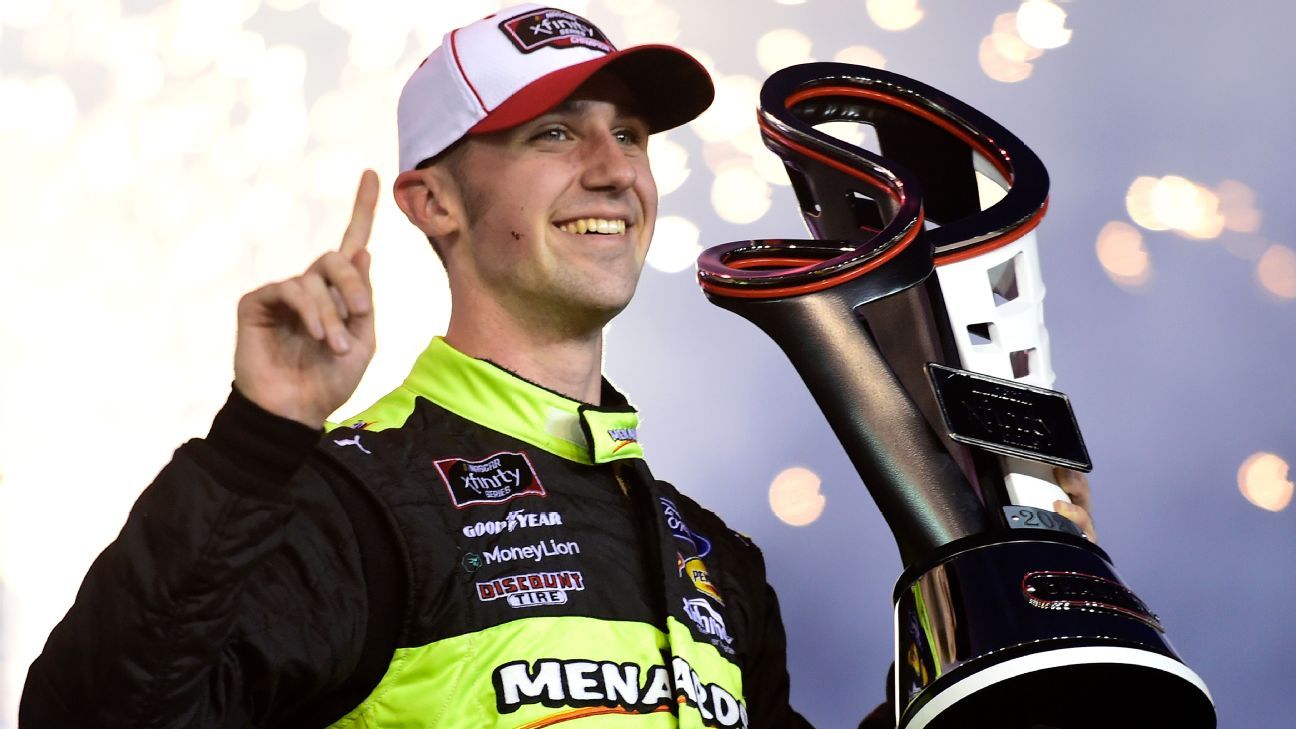 Cindric was already headed toward the win when title-favorite Chase Briscoe spun with six laps remaining. It brought out a caution that forced Cindric and Team Penske into a bold race-deciding strategy call.

Cindric handed contender Justin Allgaier the lead by pitting from the lead for new tires. Cindric dropped to third for the two-lap overtime shootout.

Allgaier had taken new tires on the previous pit stop — he and Cindric were on opposite strategies — and Allgaier restarted as the leader. He chose the top lane, and Cindric chose to start up there, too, right behind Allgaier.

Cindric had to wrestle with Noah Gragson, Allgaier’s JR Motorsports teammate, for position before he got his shot at Allgaier. Gragson moved to the lead, then Cindric bounced off Allgaier as the two took the white flag.

Cindric cleared Allgaier and, even though he didn’t have to win, he chased down Briscoe for extra measure. It was Cindric’s sixth win of the season but first of what had been an underwhelming playoffs.

The victory gave Team Penske one championship on the weekend with a shot for one more. Brad Keselowski and Joey Logano race in the Cup Series’ final four Sunday.

Cindric was the Xfinity Series regular-season champion but Briscoe took control of the title race. He had a good car early but faded and finished ninth. Briscoe is moving to Cup next season with Stewart-Haas Racing to drive Tony Stewart‘s No. 14 Ford.

Allgaier, trying to win his first championship, faded to fifth on older tires in overtime. Justin Haley, in a Chevrolet for Kaulig Racing, finished eighth. It moved Briscoe to fourth among the championship contenders.