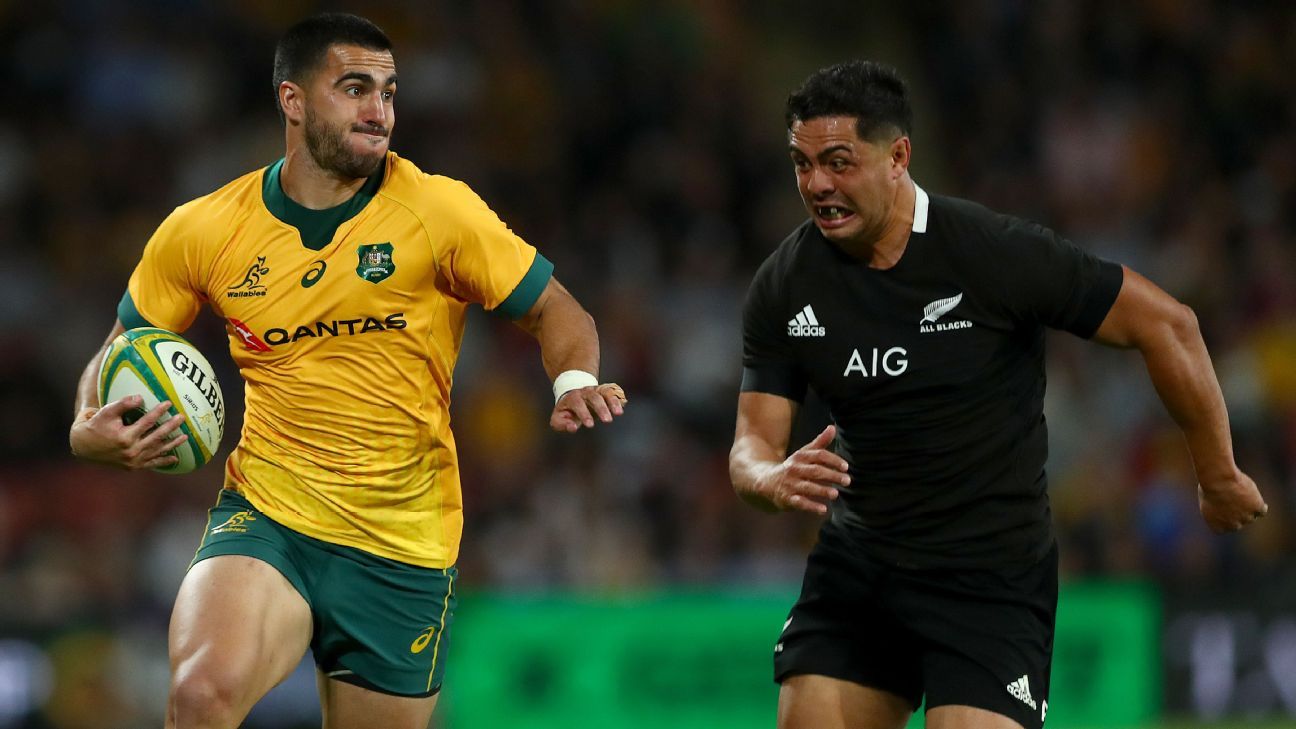 Winger Tom Wright had to bide his time for a test debut under new Wallabies coach Dave Rennie but needed only two minutes to make an impression in Saturday’s win over the All Blacks.

The 23-year-old ACT Brumbies man had visualised his first involvement in the days leading up to the 24-22 win at Lang Park, but could scarcely believe his luck when the moment came a few metres from the goal-line.

A set play from a lineout saw flyhalf Reece Hodge place a chip kick in the path of Tom Banks who ran onto the ball and flung the ball out wide to Wright when closed down by a tackler.

With a sniper’s composure, Wright stepped inside Sevu Reece to wrongfoot the opposing winger and cantered over for a try with his first touch in test rugby.

“Obviously that’s pretty much what dreams are made of,” Wright told reporters.

“When it gets put on a platter for you like that, it doesn’t get much better.”

Having opened the scoring at Lang Park, nothing was going to prevent Wright from savouring a fine debut, not even the shoulder of Ofa Tuungafasi which clobbered into his jaw in the 23rd minute and led to a red card for the All Blacks prop.

Wright was back on his feet quickly, though, and menaced the All Blacks defence with a number of impressive carries through the match.

Overlooked by Rennie for the first three Bledisloe Cup clashes, Wright was thrilled to play a part in his Brumbies team mate James Slipper’s 100th test in his home state of Queensland.

“Representing your country is extremely special for me … and just so pleased to win for someone like Slip,” said Wright, who will hope to earn a second cap against Argentina in the Wallabies’ next Tri-Nations clash in Newcastle in two weeks.