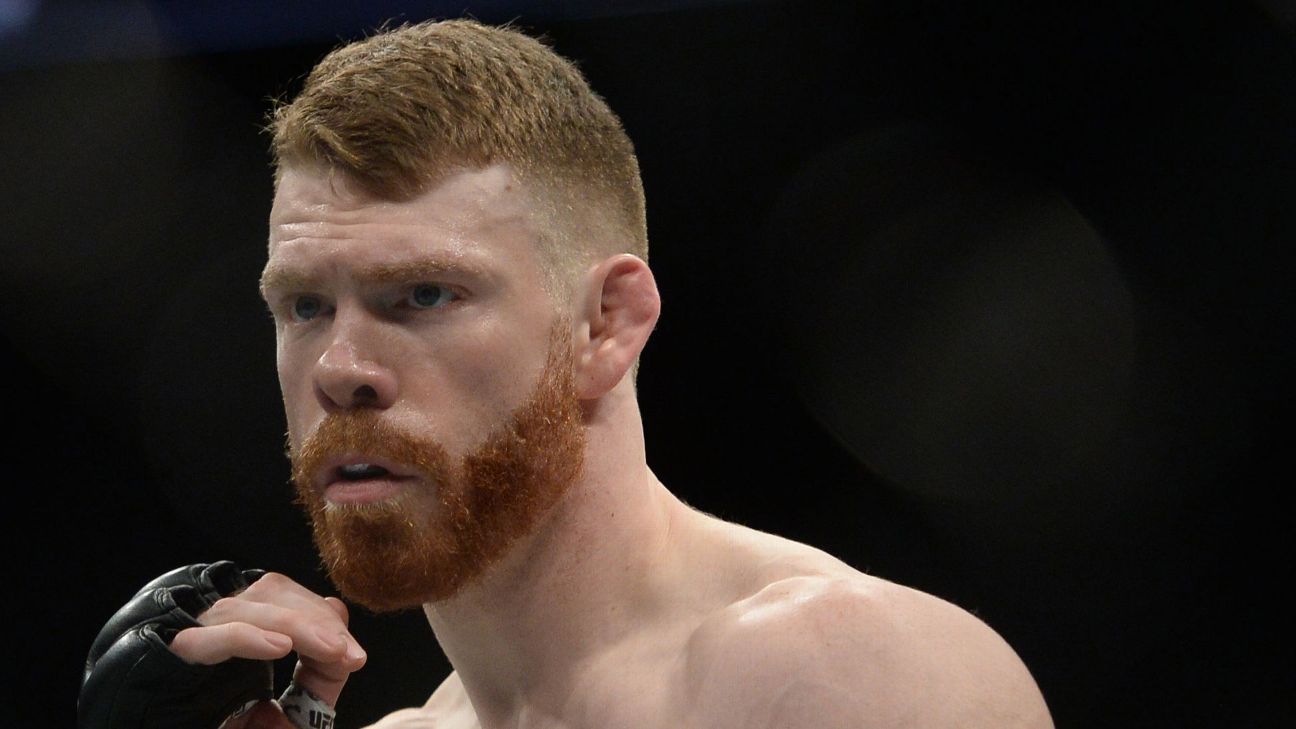 The UFC has found a dance partner for former champion Rafael dos Anjos this weekend.

Paul Felder, one of the most exciting fighters in the lightweight division, will step in on five days’ notice and fight dos Anjos in the main event of UFC Fight Night on Saturday in Las Vegas, UFC president Dana White told ESPN on Monday. Islam Makhachev, dos Anjos’ original opponent, withdrew Sunday due to an undisclosed injury.

The bout will remain five rounds as scheduled and will still be contested at 155 pounds, White said. ESPN has Felder ranked as the No. 6 MMA lightweight fighter in the world.

Felder (17-5) has not fought since a hard-fought split-decision loss to Dan Hooker in February. After that bout, the Philadelphia native announced that he’d consider retirement. Felder has been in a number of bloody fights, including a 2019 win over James Vick in which he suffered a collapsed lung. Felder, 35, won two straight prior to the Hooker loss and has won five of seven overall. Recently, Felder, who also works as a UFC analyst on broadcasts, said that he wasn’t retired, but would only take fights that entice him.

Dos Anjos (29-13) is moving back to lightweight after a rough recent go at welterweight. The Brazil native has dropped four of five, though all against top welterweight fighters. Dos Anjos, 36, held the UFC lightweight title in 2015 and 2016.