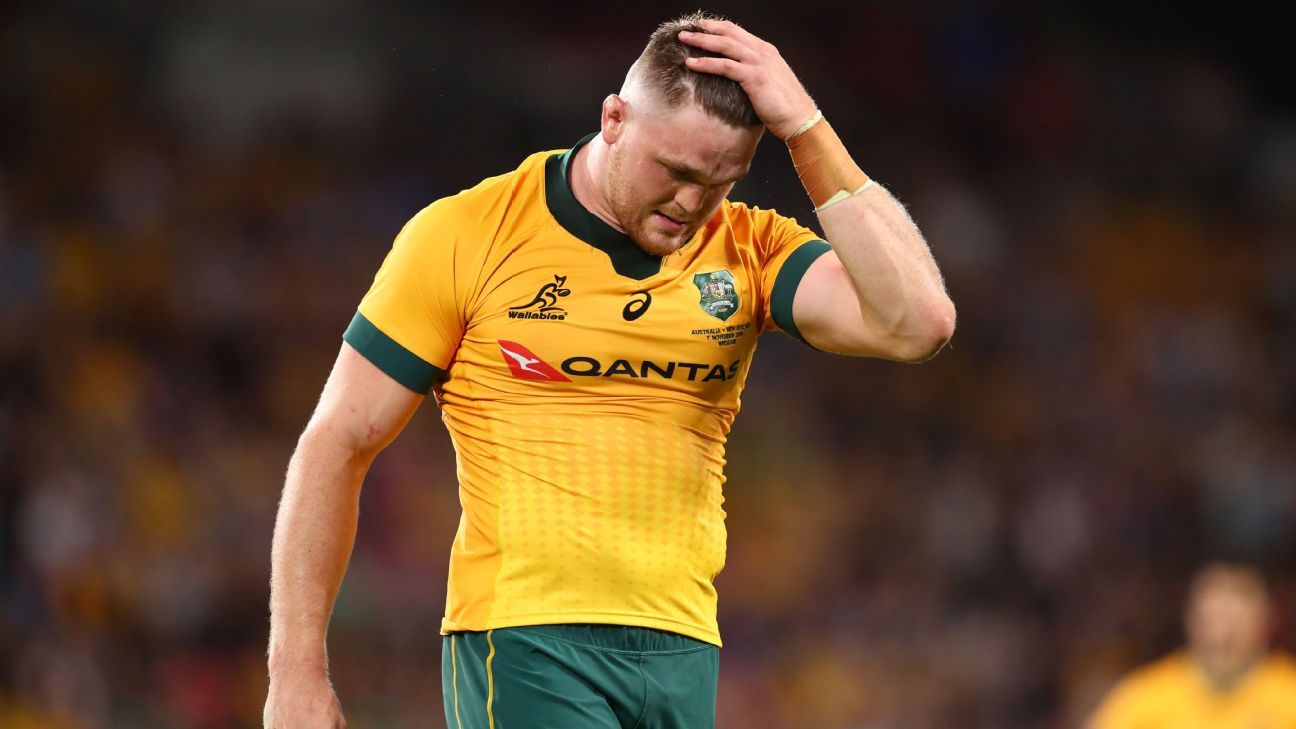 There is nothing like a rugby Test, in almost clean sporting air in Australia, to ignite the casual fans’ disenchantment with the sport – particularly when it comes to the game’s high tackle laws.

Saturday night’s Bledisloe Cup thriller in Brisbane won’t go down as one of the great trans-Tasman contests, after referee Nic Berry produced two red cards and two yellow cards in a stop-start match, that featured 24 penalties, and was eventually won 24-22 by the Wallabies.

The result saw the COVID-altered Bledisloe Cup series finish in the All Blacks’ favour 2-1-1, after Ian Foster’s men had triumphed in both Auckland and Sydney while the opening Test had finished 16-all in Wellington.

While the two-point triumph allowed the Wallabies to salvage a degree of pride and saw Dave Rennie achieve his first victory as coach, the chief talking point from the match has instead been rugby’s ongoing focus on dangerous contact with the head.

But this is not a new phenomenon. The early games of last year’s Rugby World Cup also featured a high strike rate of yellow and red cards after the governing body, World Rugby, had released its high tackle framework a few months out from the tournament.

The problem for the casual fans in Australia, and other places across the world, is that they have either never seen the framework or have forgotten it exists altogether. Whatever the case, it exists to protect the game’s players and ensure that rugby takes the scientific findings into concussion and Chronic Traumatic Encephalopathy [CTE] seriously.

In Australia, rugby is naturally compared with the NRL; rugby league’s rules are more lenient when it comes to contact with the head

Naturally, then, when there is no rugby league on at the weekend, and a rugby Test, like the Bledisloe Cup on Saturday night, gets a few extra eyeballs, the game is pilloried for being either “soft” or overly dominated by the referee.

When it comes to the high tackles in Brisbane, though, referee Nic Berry followed World Rugby’s framework to the letter. And there can be no criticism of the Australian on that front.

In fact, Berry should be applauded for applying the laws consistently.

Neither Ofa Tu’ungafasi or Lachie Swinton’s tackles were overly malicious, as All Blacks captain Sam Cane said post-match, nor were their recipients Tom Wright and Sam Whitelock injured or forced from the field as a result, but Berry used the technology and assistance at his disposal to correctly issue two red cards.

And perhaps, for some, the extended stoppage is the big frustration, that the time it takes for a decision to be made is unacceptable and strips a contest of its momentum, particularly one that had made a flying start like Bledisloe IV had.

Conversely, later in the match, Berry again leant on technology when he overlooked what appeared to be a clear knock-on from Wallabies scrum-half Nic White, only for the Television Match Official to intervene and confirm it was indeed a knock-on.

Then, with the benefit of further replays, All Blacks lock Scott Barrett was shown to have knocked White’s arm from an offside position and the New Zealander earned a yellow card for his troubles.

The onset of technology is nothing new for rugby but its spread seemingly into every second of the game, means it remains a constant discussion topic across the game, the influence of the host television broadcaster in particular.

In one camp there are those who believe it has gone too far and that the now almost endless stream of TMO interjections makes the game unwatchable; on the other side of the argument is the belief that as long as the correct decision is reached in the long run, then the time it takes to get there is irrelevant.

But when it comes to dangerous contact with the head World Rugby’s sanction framework is clear. And Berry applied it correctly in Brisbane.

As this match unfolded, the “loss of the contest” argument against the use of red cards became a moot point when Swinton followed Tu’ungafasi for an early shower, thus making the match 14 against 14.

Both the Super Rugby Aotearoa and Super Rugby AU competitions had a red card replacement law on trial earlier this year, but such was the play and officiating throughout both tournaments, the trial law never actually came into fruition.

Would World Rugby ever adopt such a trial? It’s difficult to say, but given the governing body has already headed in the other direction, even adopting a “below-the-nipple line” tackling trial in some competitions, it seems unlikely it would take a more forgiving stance on sanctioning and give the team of an offending player some respite after 20 minutes, as the Super AU and Aotearoa trial was written.

No, World Rugby has clearly drawn a line in the sand and decided that it will protect the head of its players no matter the detriment to the match itself.

Can improvements be made in terms of the time it takes for decisions to be made, so too those isolated incidents like the one that saw Samu Kerevi curiously penalised for a leading hand against Wales at the World Cup? Absolutely.

But there will forever be those supporters, particularly those of a more casual nature, who simply won’t be able to reconcile themselves with similar red cards to those issued to Tu’ungafasi and Swinton on Saturday night.

Like it or lump it, that’s where rugby finds itself. And it’s hard to see how the sport would ever rein in its pursuit of a safer game for all just to appease those who think the sports is losing its physical edge – or tune in for only the odd game every year.